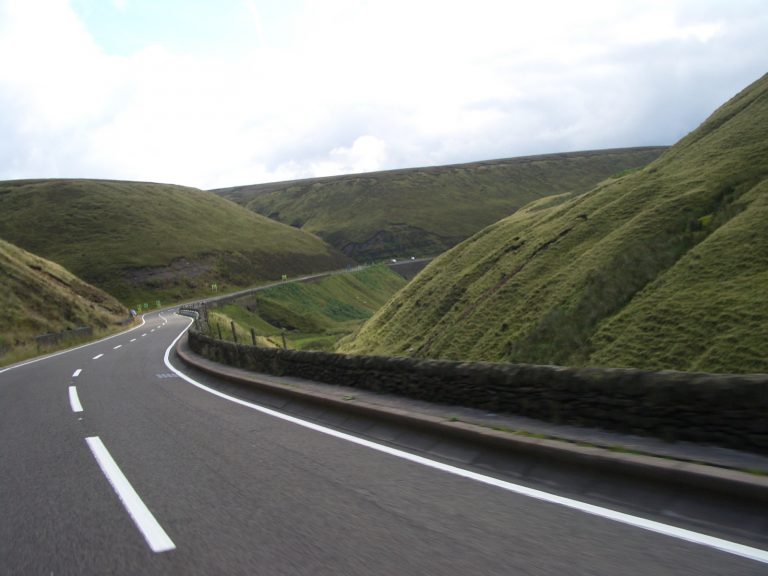 With outstanding views and exceptional scenery, Snake Pass (A57) is one of those roads that you’ll want to ride time and time again. The landscape is particularly impressive at the start of the descent into Glossop where you can see as far as Manchester and beyond when the weather allows.

The road runs through the heart of the Peak District from Glossop (near Manchester) all the way into Sheffield and as you can guess from the name, it’s particularly twisty and offers some challenging, but fun, corners to keep you busy. There are many elevation changes too with a high point of 512m. Even when the challenges of the road aren’t keeping you occupied, the stunning scenery will take over.

Snake Pass is a popular road among motorcyclists but that doesn’t necessarily make it that congested. Most people travelling between both cities will take an alternative route which works out quicker.

What is worth noting however is that Snake Pass is known to have a rather unflattering accident record and as such, it’s worth taking care while travelling along it. Understandably, it becomes much more treacherous in winter it is not unknown for the pass to close at times.

The road can be accessed from the east via Manchester and the M60 or from the west via Sheffield and the M1. It’s a relatively easy one to reach regardless of where you are coming from in the UK thanks to the two major motorways at each end.

Although the pass itself only runs between Glossop and the Ladybower Reservoir at Ashopton, the A57 continues on to Sheffield and it’s worth going the distance to make the most of the day. Those who like to stop for a drink or a bite to eat will also be pleased to hear that there is a pub (The Snake Pass Inn) along the way.