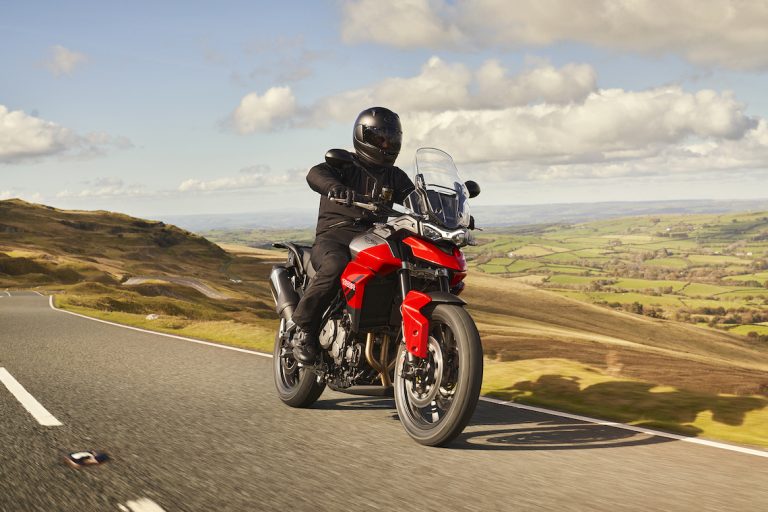 Triumph has revealed a new entry-level addition to it’s Tiger line-up, the 850 Sport, which is specifically aimed at new, returning, and downsizing adventure bikers.

During an online reveal of the motorcycle, Triumph explained the new model is designed to be less intimidating and more accessible to potential buyers than the current variants in the Tiger 900 range, repeatedly comparing it to the F 750 GS in BMW’s adventure bike line-up.

The road-focussed 850 Sport will replace the base model Tiger 900 and, at £9,300, will be £200 cheaper which represents quite a bargain when you look at the equipment that it comes with as standard including a 5″ TFT display, full LED lighting, and switchable riding modes.

Here are the headlines: 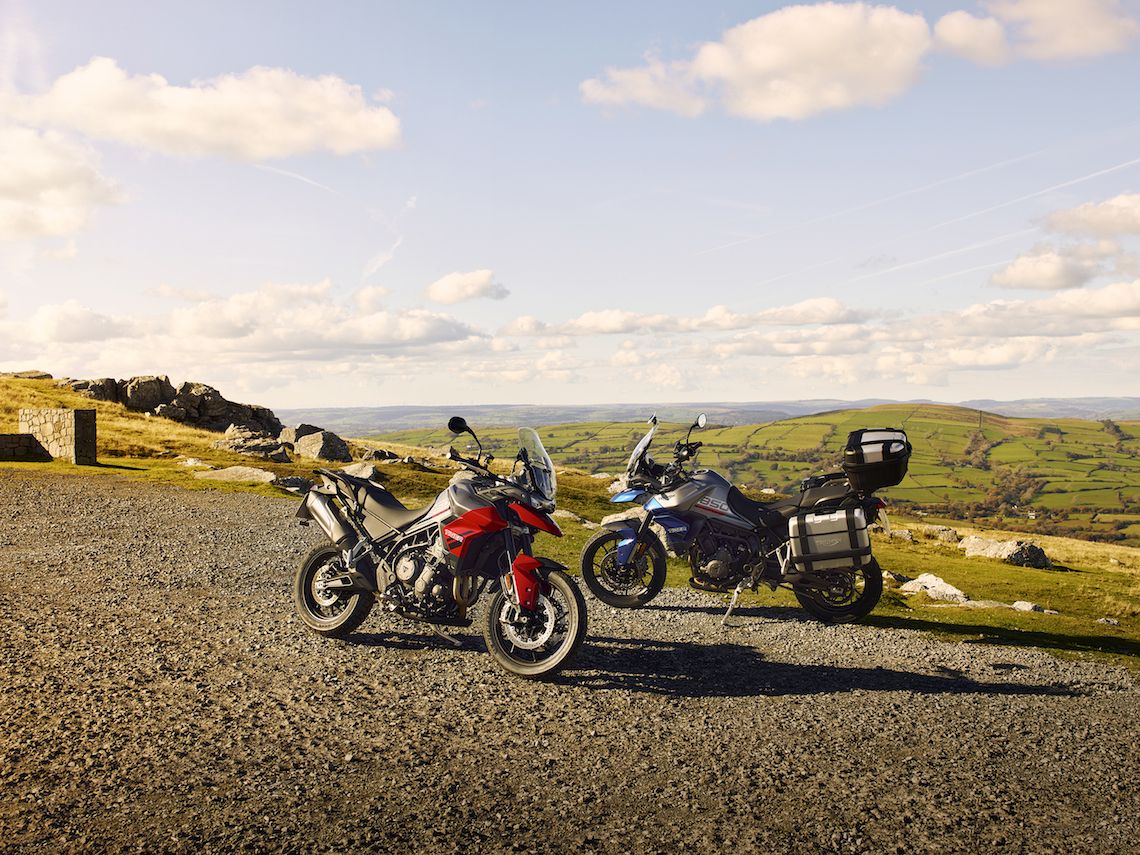 Triumph describes the Tiger 850 Sport as being “more manageable, accessible, and intuitively road-focussed”. In short, a less intimidating option compared to the more powerful models in the current Tiger line-up.

To do this, Triumph took its 888cc triple-cylinder engine, which featured in last year’s Tiger 900 range, and detuned it. The result is an engine with the same triple-smoothness but with a reduced power output of 84bhp, down 10bhp from the Tiger 900. Torque is also reduced by 5Nm.

A stepping stone into the adventure biking world

This tactic of taking a popular engine, detuning it, and then packing it into a manageable adventure bike could well sound familiar to you, as it’s not the first time we’ve seen it done before.

BMW did the same with their own mid-capacity range, leading to the release of the F 650/700/750 GS. And Triumph is the first to admit that it’s the popularity of these de-tuned mid-capacity bikes that has led to the British manufacturer throwing its own hat into the ring with the Tiger 850 Sport.

It’s a strategy that makes sense. Sure, many of us will be happy riding a 200kg-plus adventure bike, but for new riders stepping into the market, or experienced bikers looking to downsize, less can be more when it comes to choosing a motorcycle. Triumph is banking on there being enough of these riders out there to make their new model a sales success.

So, what else can would-be buyers expect from the Triumph Tiger 850 Sport? 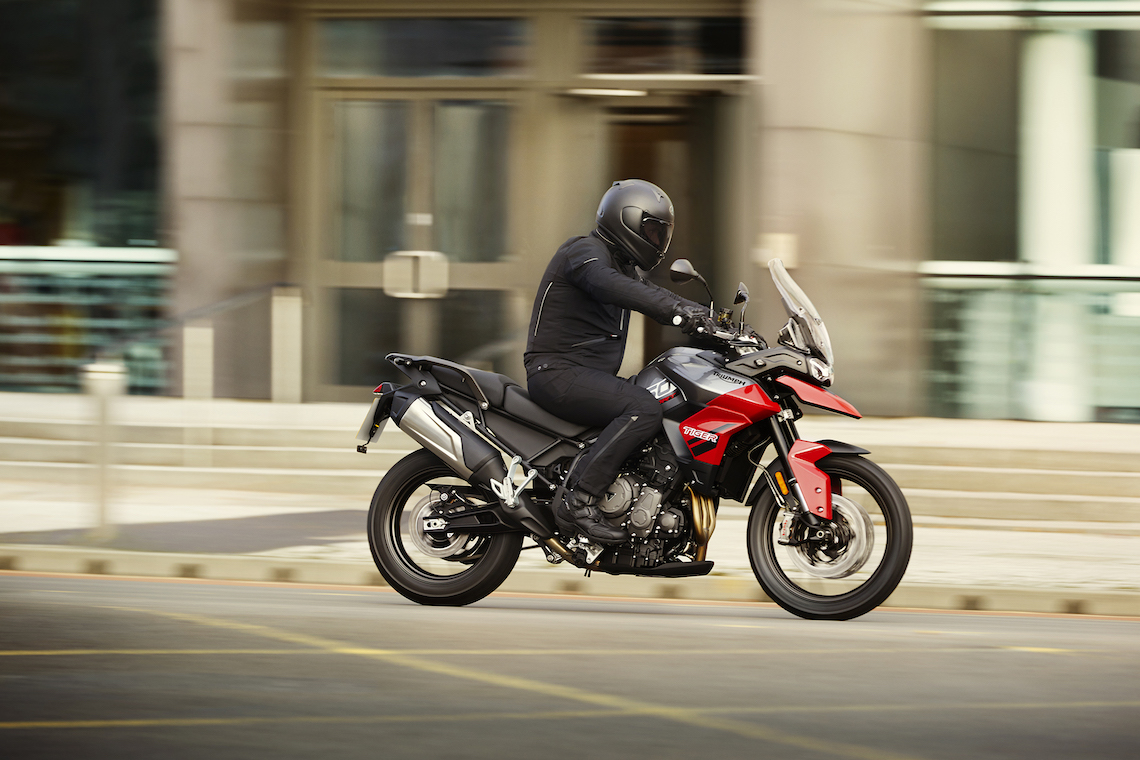 Away from the detuned engine, there are two new paint options, an attractive Graphite and Diablo Red, as well as the colourful Graphite and Caspian Blue. However, aside from these tweaks, the rest of the Tiger 850 Sport is relatively unchanged from last year’s base spec Tiger 900.

The 850 features the same modular frame, with a bolt-on aluminium rear sub-frame, as the Tiger 900, as well as the same 20l fuel tank, adjustable screen, and seat height of 830mm (which can be lowered by 20mm). Unsurprisingly, the dry weight is also the same at 192kg.

Triumph has championed the 850 Sport’s road-going prowess and, as such, it has opted for cast alloy wheels with a 19-inch wheel up front. This represents a compromise in off-road performance, although the Marzocchi suspension units remain unchanged, with the 45mm upside down forks offering a limited 180mm of travel at the front and a monoshock offering 170mm at the rear.

In practice, those dabbling in some light off-roading for the first time won’t mind, or indeed notice, this compromise, while more serious off-roaders would find themselves looking in the direction of the Tiger 900 Rally and Rally Pro models instead.

Brembo Stylema brakes haul the 850 Sport to a stop, with 4-piston Monobloc callipers gripping onto twin 320mm floating discs at the front, while at the rear there’s a single 255mm disc and a Brembo single-piston sliding calliper.

On the electronics front there’s a 5″ TFT display, ABS, switchable traction control, a 12V socket, and two riding modes (rain and road). The headlight, tail-light, and indicators are all LED and there are also daytime running lights as standard.

It’s an impressive electronics package that ensures potential riders don’t have to sacrifice modernity when saving their pennies. 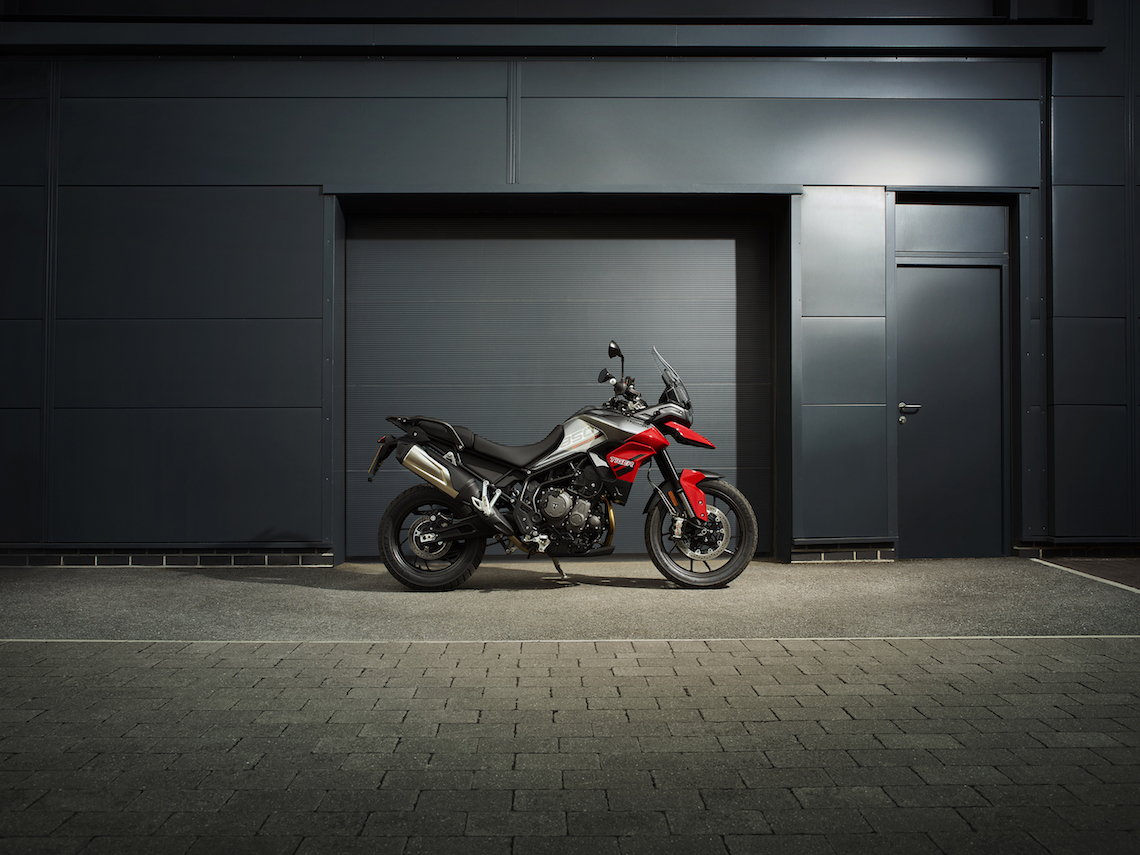 Bang for your buck

For that price prospective owners will get plenty of bang for their buck with a well-specced, road-biased machine that is basically a Tiger 900 with a detuned engine. This is no bad thing, because the Tiger 900 is an excellent adventure bike and we’d expect the 850 Sport to be so as well.