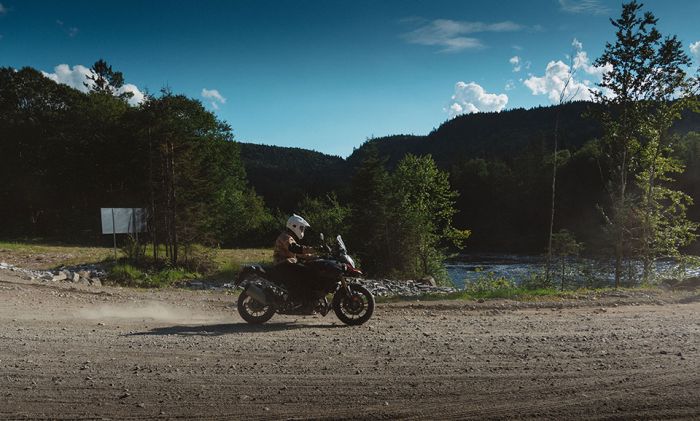 A new online motorcycle touring series by FortNine.ca is set to launch this weekend showing the best that Canada has to offer in a way that is accessible to everyday riders on an everyday budget.

The aim of the series is to inspire Canadians, and anyone visiting the country, to simply get out and ride more.

To do this, the team at FortNine Explore are uncovering the unique roads and hidden attractions that you might otherwise pass by, and documenting them in the new video series.

Each series focuses on a different area while the individual episodes will take viewers to a new city or region, discovering some brilliant roads, sights and routes that motorcyclists can take inspiration from.

The first series, launching on Sunday 1 May, focuses on Quebec and takes in some truly incredible scenery, gnarly forest tracks and often overlooked city sights to name but a few.

In the trailer (below), the presenter explains that they wanted to “make something that actually helps motorcyclists to discover Canada”.

“Let’s take an average rider with average gear and go to places that a real Canadian can get to on a two-day weekend on a tight budget.”

It’s certainly a great concept, and it’s one which is sure to be of use to anyone who is even entertaining the thought of exploring Canada on two wheels.

What’s more, we’ve been lucky enough to have an early viewing of the series and can honestly say that it is as inspiring as it is beautifully shot.

Having watched the series, we’d be lying if we said we weren’t super-keen to head across the pond for some Canadian touring of our own.

The new video series launches on Sunday 1 May on the FortNine YouTube channel. You can find out more by heading to www.fortnine.ca.