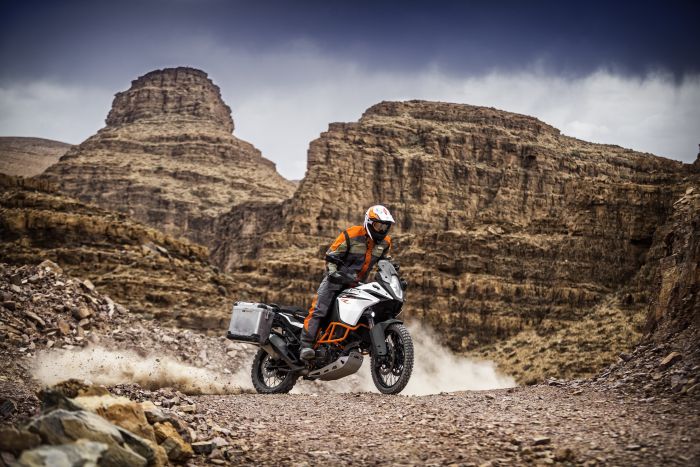 By far the biggest adventure news to come out of Intermot so far is the announcement that KTM is set to completely revamp the firm’s adventure line-up.

The 1090 Adventure will be available in the standard version for those who tend to stick to the black top, and an Adventure R guise which is ideal for those that harbour ambitions for the rough stuff. 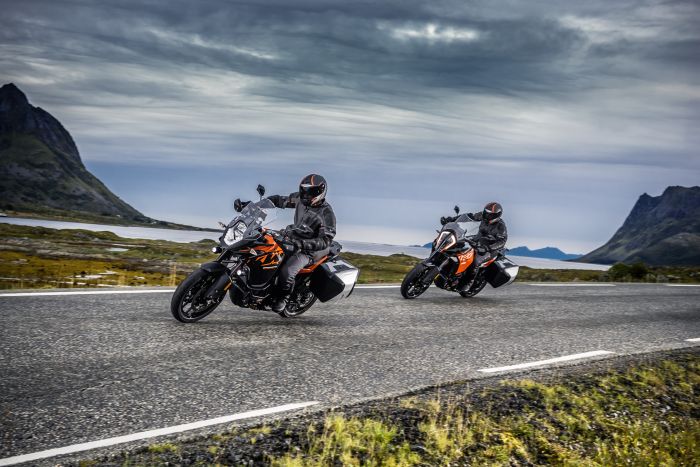 Both bikes will share the same 1050cc V-Twin engine which puts out 125bhp.

The Adventure R also features fully adjustable suspension by WP with 220mm of travel at the front and rear. It also comes with multi-mode ABS, four rider modes, traction control and laced wheels (21” front and 18” rear).

With the wire rims fitted with knobbly Continental TKC 80 Twinduro tyres (available in 90/90-21 and 150/70-18), the Adventure R appears to be an extremely capable machine straight out of the box. 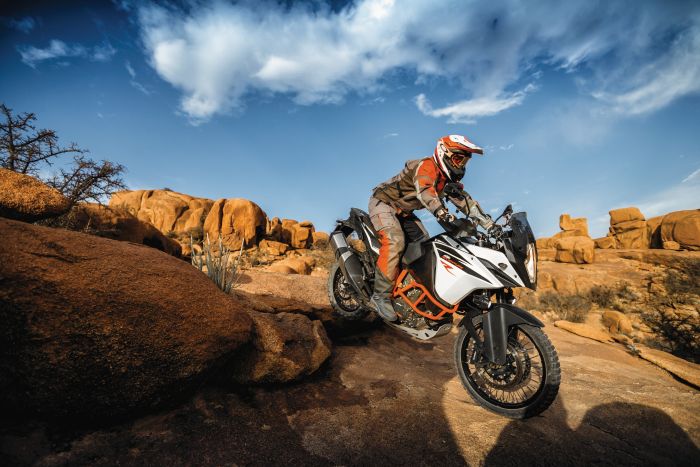 Stopping power is provided by dual 320mm Brembo front discs, radial 4-cylinder callipers and a radial master cylinder, while the ABS can be turned off or put into an off-road mode where the rear wheel can be locked up as desired with the front remaining active.

Beyond that, there are four riding modes comprising of Sport, Rain, Street and Off-road. As you would expect, the Adventure R will also see the orange frame and crashbars that are so familiar with KTM’s adventure models. 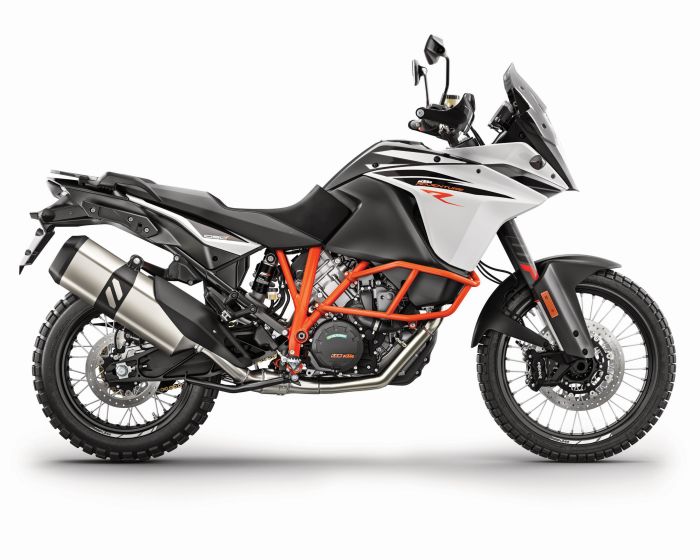 The Adventure R also gets an adjustable screen, handlebars, footpegs and hand levers while mounts have been integrated into the rear, allowing for fully integrated luggage as an optional extra.

Turn your attention to the standard 1090 Adventure and you’ll find a motorcycle much more adept to road-based riding. Cast alloy wheels replace the more off-road focused spoked wheels, with rim sizes of 19” (front) and 17” (rear). 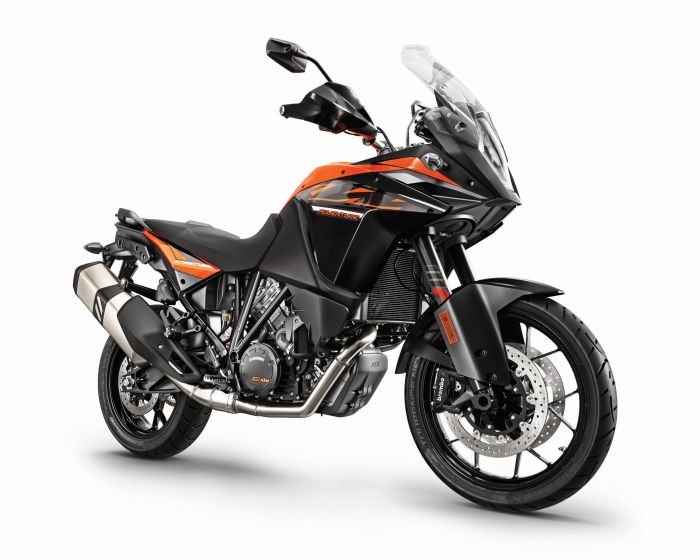 Suspension travel is down compared to the R version, offering 185mm at the front and 190mm at the rear, while the seat height has also seen a reduction from 890mm to 850mm.

The 1090 Adventure is also offered in a 95bhp variant which can be reduced down to 48bhp so that it’s suitable for those on an A2 licence.

All of KTM’s new models will be on display at Motorcycle Live this November.