In what has been a spectacularly busy day at Intermot for the adventure motorcycling community, KTM has revealed its plans for its range of big bore adventure bikes in 2017.

Gone are the 1050 Adventure, 1190 Adventure and the 1190 Adventure R, and in their places stand three newer, modernised models that look set to get fans of the Austrian manufacturer excited. 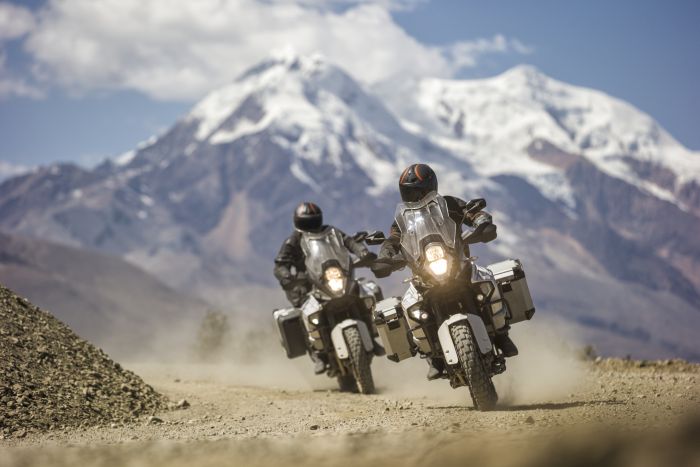 Not much has changed between last year’s luxurious 1290 Super Adventure and the T model, except for a few modifications to make it Euro4 compliant. The T stands for travel, and the bike sits itself pretty in the middle ground of the range of 1290s.

The 1290 Super Adventure R is, for all intents and purpose, the 1190 Adventure R with a bigger, beefier engine, and KTM claims that it is the “highest performing fully off-road capable travel enduro on the market”. It’ll use the same 1301cc V-twin that was used in the 2016 Super Adventure, though it will be made Euro4 compliant, with smoother power delivery throughout the range. 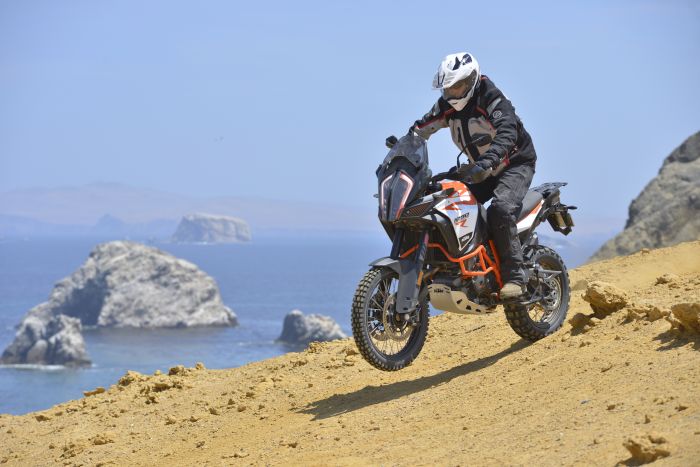 If you thought the 1190 Adventure R was bonkers when it came to its speed and acceleration, you’ll be blown away by the 1290 Super Adventure R. With 160bhp it offers 13bhp more than the old model.

As was seen on the 1190 R, you’ll get a typically KTM orange frame and crash bars, larger laced wheels, and improved suspension travel to make it more suited for rough, off-road riding and hardcore adventuring. If you thought the 1190 was too big for you, your opinion won’t be changed with the 1290 R as it has the same 890mm seat height.

The rims measure in at 21in front and 18in rear, the same configuration as can be found on its predecessor, and these will come complete with tubeless Continental Trail Attack II or Continental TKC 80 tyres as standard. They’ll also benefit from the inclusion of KTM’s Tyre Pressure Monitoring System (TPMS) which will warn you if you’re running flatter than you should be.

Warnings will come via a new 6.5in TFT colour dash (which replaces the rather dated dash of the 1190), and KTM has included some well thought out additions like a waterproof phone compartment (hopefully big enough for my iPhone 6 Plus) and an integrated USB charger. 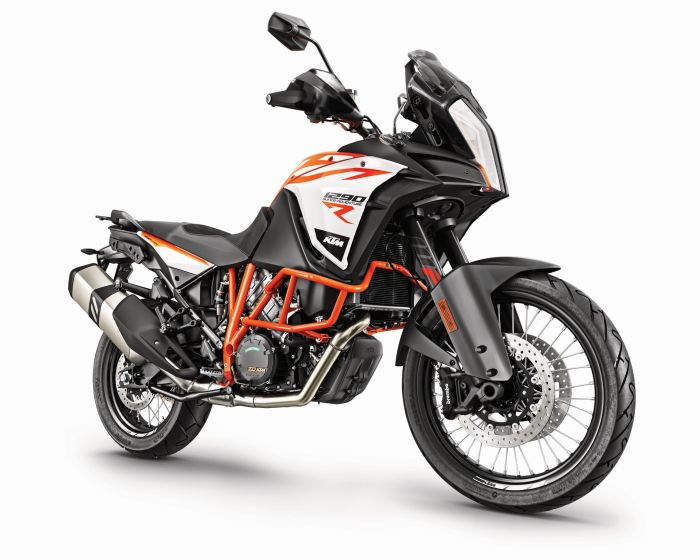 Suspension is provided through fully adjustable WP suspension, with 220mm of travel on both the front and rear, again, as you’d find on the 1190 Adventure R.

As you’d expect, the 1290 Super Adventure R will come with multiple rider modes to suit the conditions in which it’s being ridden. In off-road mode, the ABS can be turned off on the rear wheel, leaving it free to lock up while the front retains the anti-locking qualities. 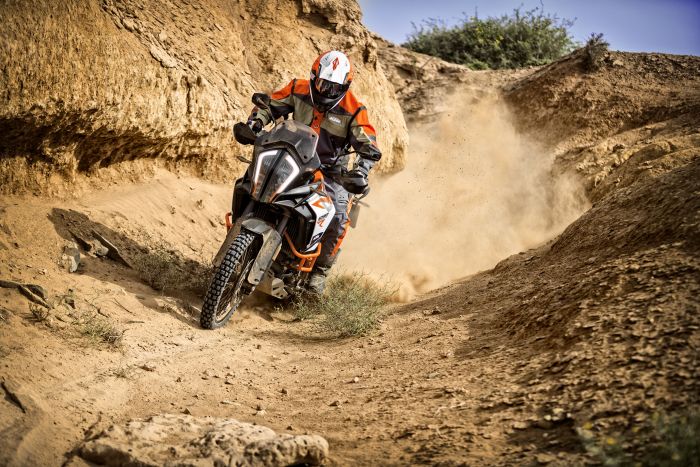 Keyless ignition is becoming more and more popular in the motorcycle world, whether you like it or not, and the 1290 Super Adventure R will make full use of the technology. Cruise control looks to be included as standard, while a list of optional extras look set to appeal: 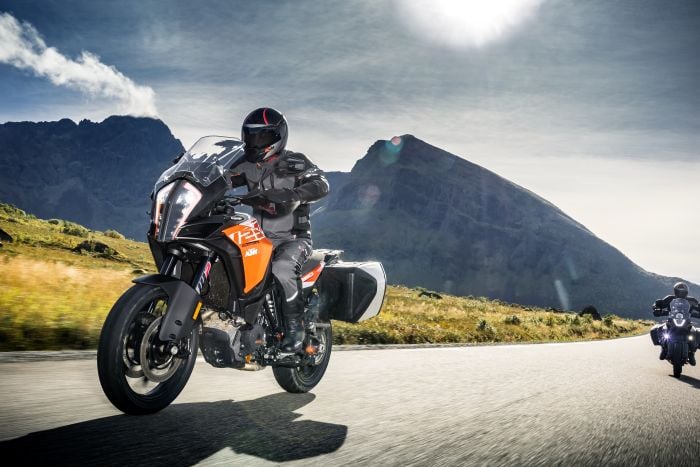 If you stick to the tarmac, the KTM 1290 Super Adventure S is the one for you

While the 1290 Super Adventure R replaces the 1190 Adventure R, the S will replace the standard 1190. So, it looks set to appeal more to those who spend most of their time on the tarmac.

It features pretty much everything that the R version does, but lacks the beefed up crash bars, and uses smaller 19in front and 17in rear cast wheels. These will come shod with Pirelli Scorpion Trail II tyres.

The seat is also lowered, offering an adjustable 860/875mm, as opposed to the 890mm found on the more off-road ready model. The WP suspension will feature shorter travel to offer a more assuring ride on road. 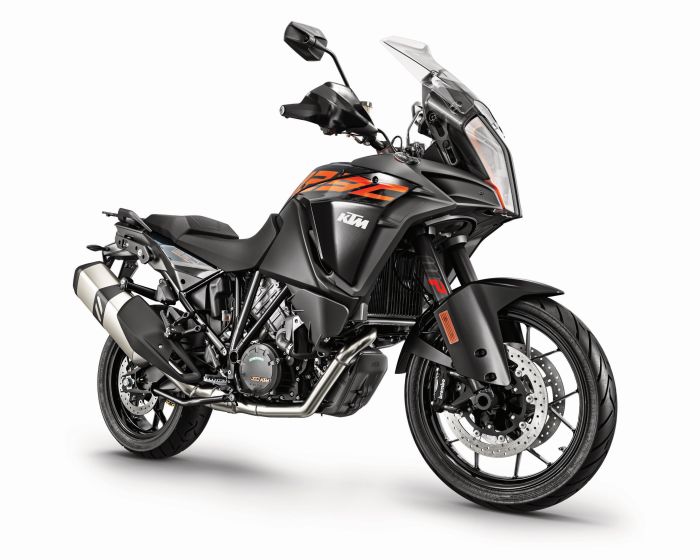