KTM 790 Adventure and Adventure R shown off at EICMA 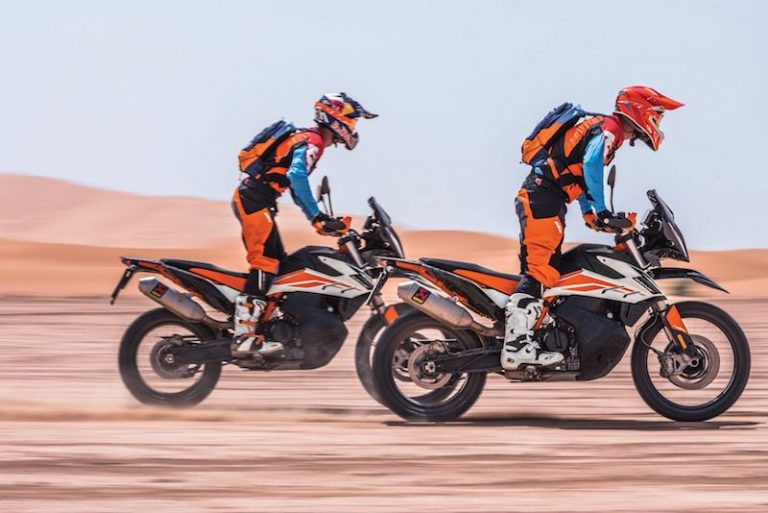 EICMA is well and truly underway, with KTM today announcing that the highly anticipated 790 Adventure will be available to buy in 2019, alongside a more off-road focused version  – the 790 Adventure R.

KTM revealed the motorcycles at its press-conference in-front of a live audience on Tuesday at EICMA (a motorcycle show held in Milan, Italy), while simultaneously releasing new information about the pair’s specifications.

The specs list for both of the models reads almost identical, with the only major difference being in suspension travel (more on that below), and both bikes come with the same engine that was present on the KTM 790 Super Duke, which is a 799cc LC8c parallel twin motor. The difference between them being that the new, more touring-focussed 790 Adventure is capable of 95bhp (70kw), where as the Super Duke can produce 105bhp (77kw). 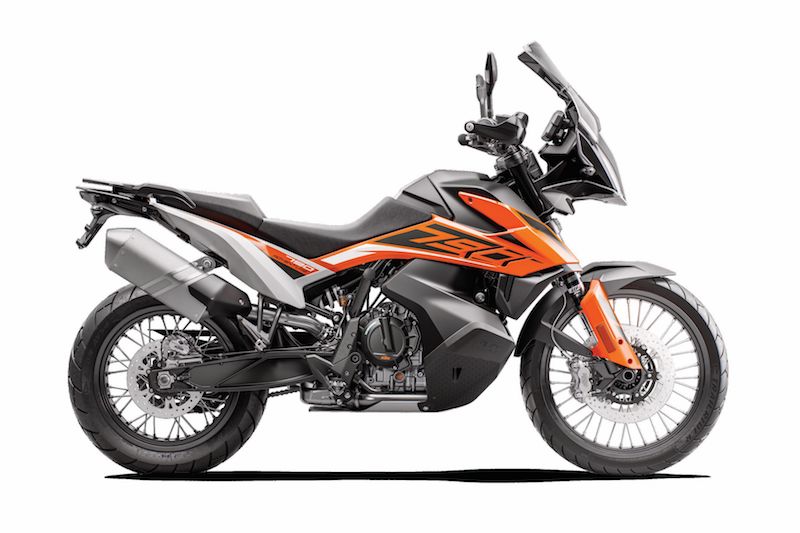 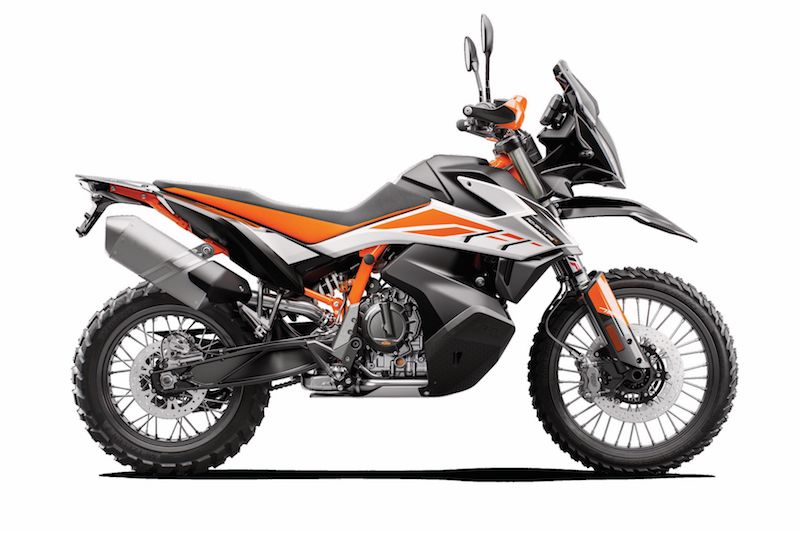 The Dakar-inspired motorbikes will be looking to add to KTM’s already strong stable of adventure bikes, with the KTM 790 Adventure R model looking to take the adventure bike community by storm, with many riders keen to get their hands on a lightweight mid-capacity machine. Developed in tandem with KTM’s Dakar version of the bike, the production model hasn’t veered away from its original prototype design, which was revealed last year, too much, with the front slightly altered to better house the smaller windscreen and LED headlamps.

KTM has set out some of its expectations for the new Adventure R by detailing them on the company’s official website:

‘Developed from KTM’s off-road race DNA, the 790 ADVENTURE R is a serious off-road motorcycle equipped for extreme terrain. With the hardcore adventurer in mind, it balances the power of a twin, with the lightness and agility of a single-cylinder off-road bike, to open up new riding possibilities.’ 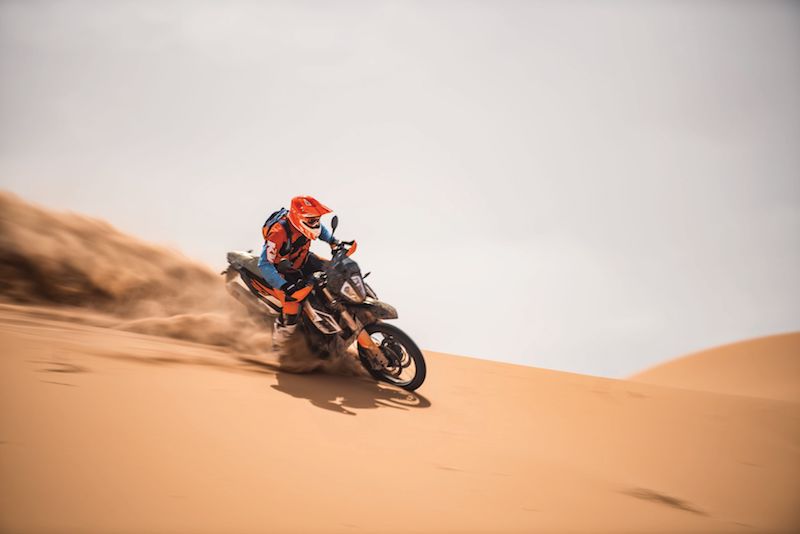 The KTM 790 Adventure and 790 Adventure R have been built to tackle any adventure, offering a lightweight (189kg dry), agile and advanced ride to help you conquer the toughest of terrain. Along with performance to take you along the roads less travelled, the bikes also feature mod-cons such as TFT digital dashboards that show fuel range, a trip meter, and odometer, amongst other information. Along with this, the bikes come with an LED head and tail lamp, quickshifter, and off-road ABS and traction control.

Like the company’s other adventure bikes, the KTM 790 Adventure and 790 Adventure R are similar for the most part, though there are a few changes to the R version that make it more 0ff-road ready. That comes in the form of 40mm more suspension travel on both the front and rear (240/240mm) and consequently a higher seat height of 880mm (as opposed to the standard version’s 850/830mm). Of course, the more off-road biased R model also comes with a beak while the standard 790 Adventure doesn’t.

Alongside the KTM 790 Adventure duo announcement, the firm also revealed the new 690 SMCR and 690 Enduro. For the meanwhile, no release date has been given apart from the tentative, vague date of 2019, however it will be interesting to see how each bike fairs when released in similar timeframes to the Yamaha Ténéré 700 and new Triumph Desert Scrambler. 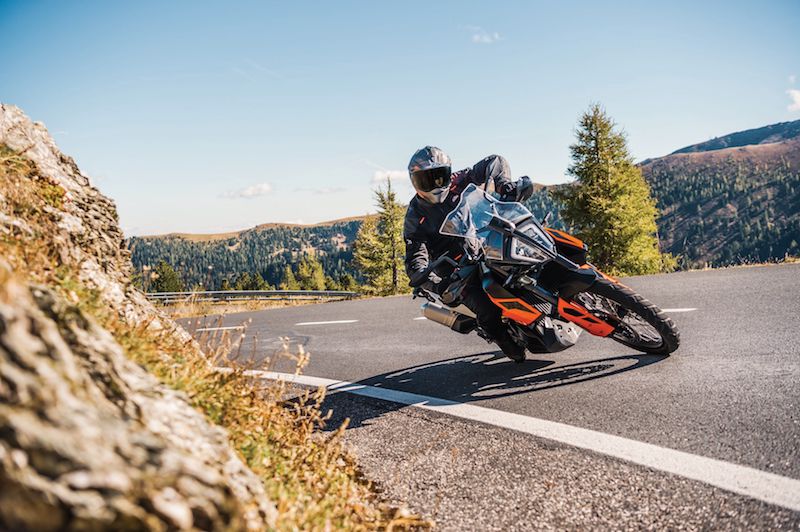