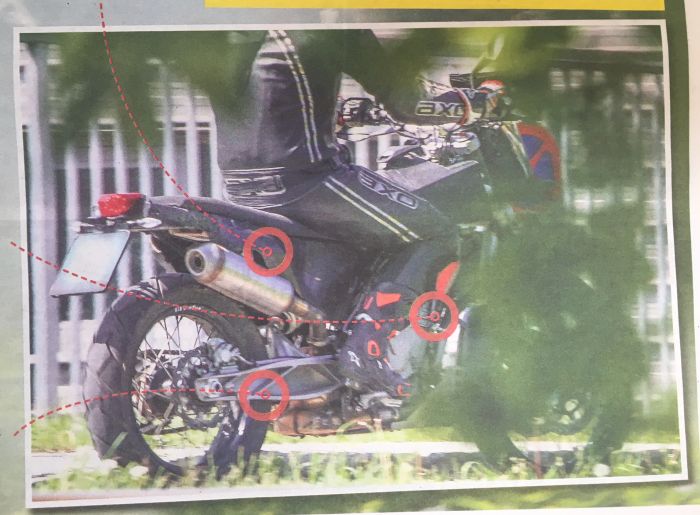 It had been rumoured for years before finally being confirmed earlier this year in an interview with KTM boss Stefan Pierer, the Austrian manufacturer will be producing a mid-range adventure bike.

While this has been general knowledge for a few months now, this is the first time any resemblance of such a machine has been spotted in the flesh. 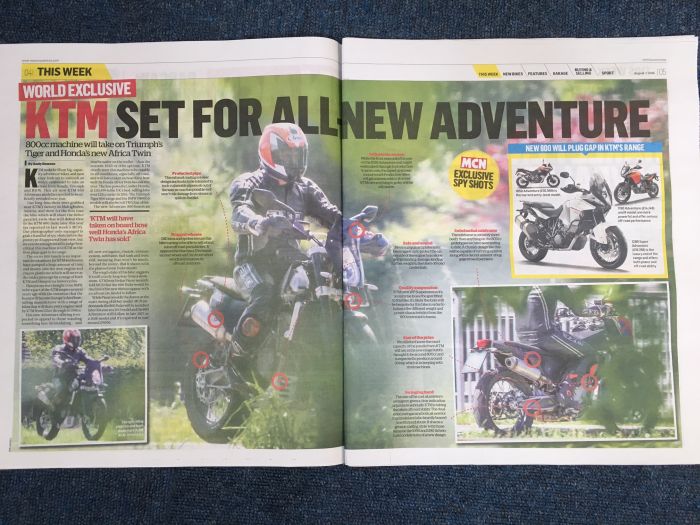 The spy shots, first seen in the latest copy of Motorcycle News, appear to show a ‘KTM 800 Adventure’ in the early stages of its production.

It is expected that the 800 Adventure will follow the 800 Duke (set to be revealed later this year) with a late 2017 debut looking likely. The bikes will share the same parallel-twin engine, but the adventure model looks like it will feature an all-new chassis, sub-frame, fuel tank, exhaust system, swingarm and front end.

KTM’s move into the middle-weight sector will see it compete with the likes of the BMW F800GS, Triumph Tiger 800 and Honda Africa Twin in a hotly contested market.

We expect the new model to offer genuine off-road ability while providing a less intimidating option for those who are after a lighter and cheaper alternative to the higher-capacity adventure bikes. 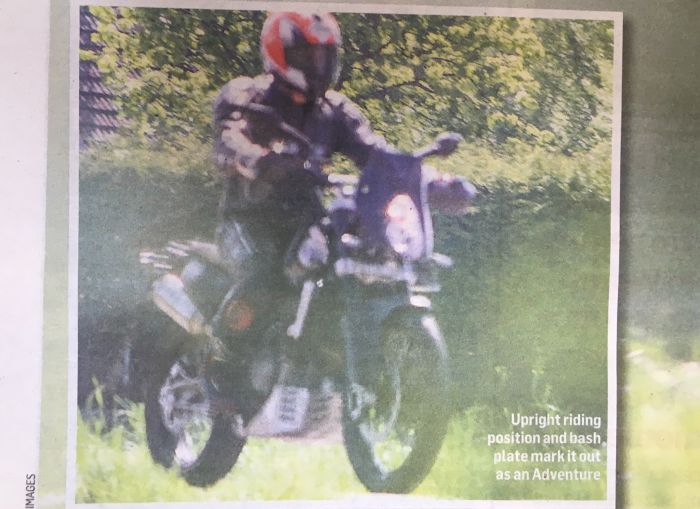 We may be lucky enough to see a prototype at the international shows later this year, but until then all we can do is wait and hope that KTM get this model spot on.