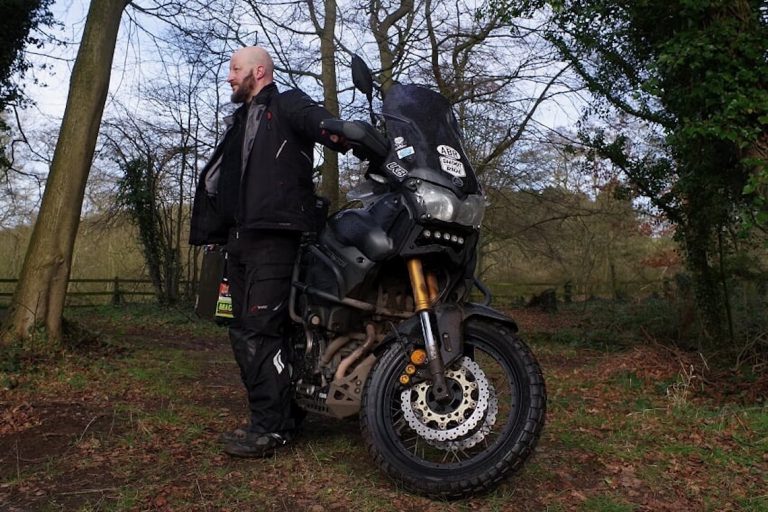 My first road-legal bike was a Suzuki GS 550E. My first ever bike was a knackered Honda C70.

The Yamaha Ténéré 700 or Husqvarna 701 for long-distance tours. Or, if I wanted something to drool over in the living room, the Yamaha YZF-R7 or a Ducati 916.

I’d have to say my Bumot panniers and racks. It’s a stonking piece of kit but it’s pricey.

A tent so I can wake up with the world.

It was always to be in good health as I had a dodgy ticker for years. Now I just want to travel and see distant sunsets.

Trying to keep up with my mates who were always a bit better than me.

I’ve not travelled enough yet to have many stand out moments, but when I see an epic mountain pass for the first time, I always need a moment to take it all in.

My dog and my family.

If you could meet any person, dead or alive, and ask them one question, who would it be and why?

Bob Marley for the mindset he had or Jimi Hendrix to teach me to play the guitar.

Why shouldn’t you wear radioactive underpants? Because Chernobyl fallout. 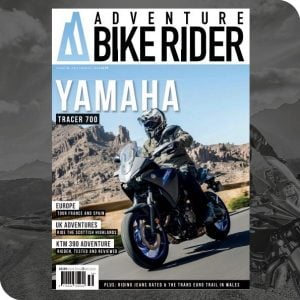