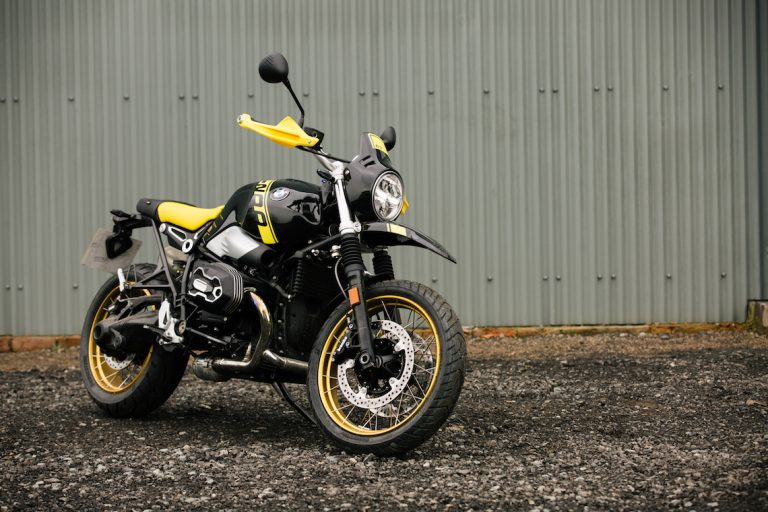 The BMW R nineT Urban G/S is the latest motorcycle to receive the famous Gelande/Strasse (off-road/road) moniker. On the face of it, this may seem like a strange decision from the Bavarian manufacturer. After all, it is a very different bike to the others in the GS line up.

However, the Urban G/S bears a striking resemblance to the original R 80 G/S from the ‘80s, and it’s for this reason that BMW decided to bestow the most iconic acronym in adventure biking to a motorcycle that clearly isn’t, well… an adventure bike.

While the likes of the F 850 GS and the R 1250 GS are globe-trotting, go-anywhere machines that are capable of undertaking long-distance forays and plenty of motorway miles, the Urban G/S is more in, what I call, second bike territory.

But, anything with GS in its name is worth closer inspection in my book, which is why I spent a week living with BMW’s retro-inspired scrambler. But did it do enough to earn its iconic G/S moniker?

You can read my full review of the bike in issue 62 of Adventure Bike Rider magazine, and you can read that issue on the ABR Digital Library HERE today. In the meantime, let’s take a look at five things that impressed me most about the the R nineT Urban G/S.

A blast from the past 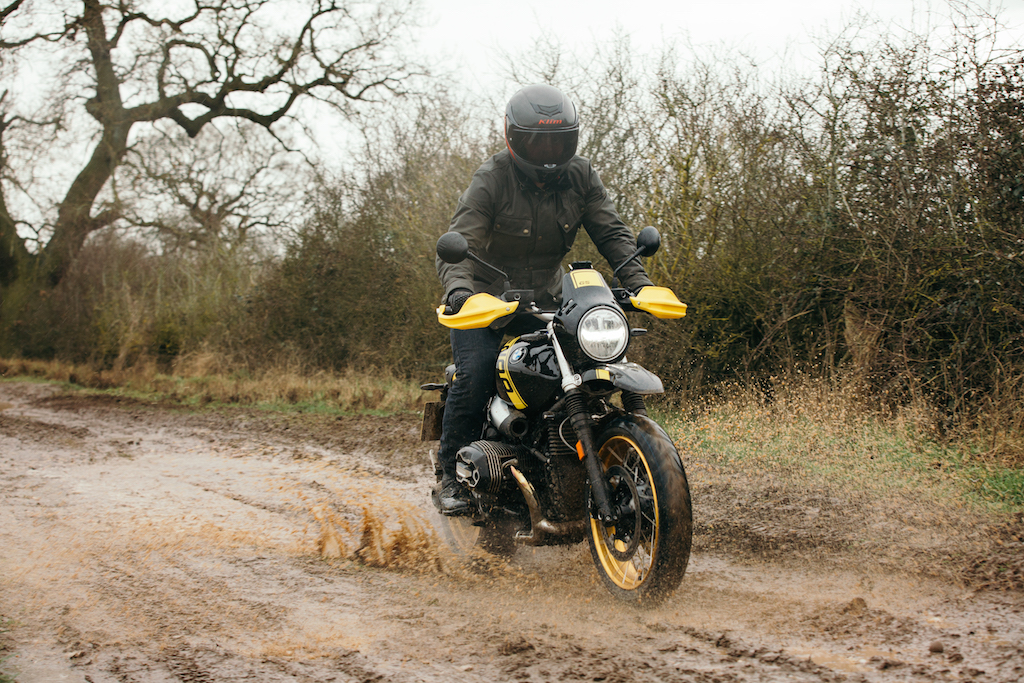 Like all the 40th anniversary special edition bikes in BMW’s GS range, the Urban G/S has been given a striking black and yellow colour scheme, and it looks great. It harks back to another classic model, the R 100 GS from the late ‘80s and early ‘90s, which earned the nickname Bumblebee, thanks to its distinctive colourway.

Along with the paint scheme, the special edition bike also gets spoked wheels with gorgeous gold rims, and a scrambler-style raised, twin exhaust which sounds even better than it looks. All of those extras do come at a cost though, as they take the price of the bike up to £13,965, compared to £11,950 for the standard model. 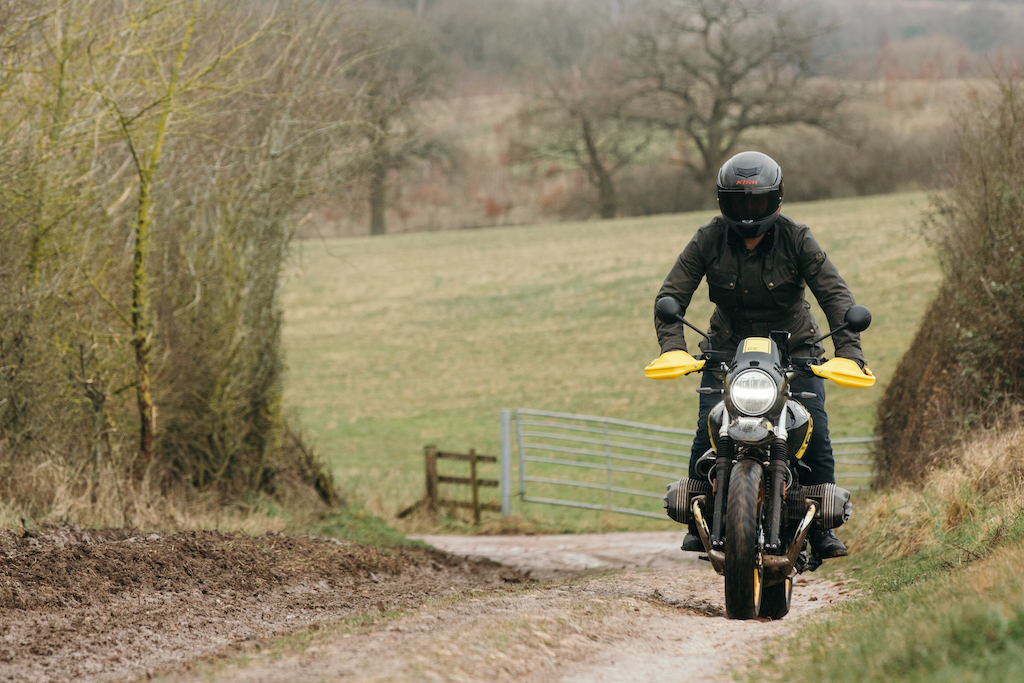 The Urban G/S packs a mighty punch. Like the Indian FTR Rally, another retro-inspired scrambler on the market today which you can read a full review of here, there’s something intoxicatingly thrilling about riding a diminutive bike that has had a massive engine squeezed into its frame.

It’s all brutal power, torque, momentum, and visceral thrills, although the experience is refined and controlled enough to ensure things never feel like they’re getting out of hand. It’s exactly what you’d expect from a modern BMW, and it’s a whole lot of fun. 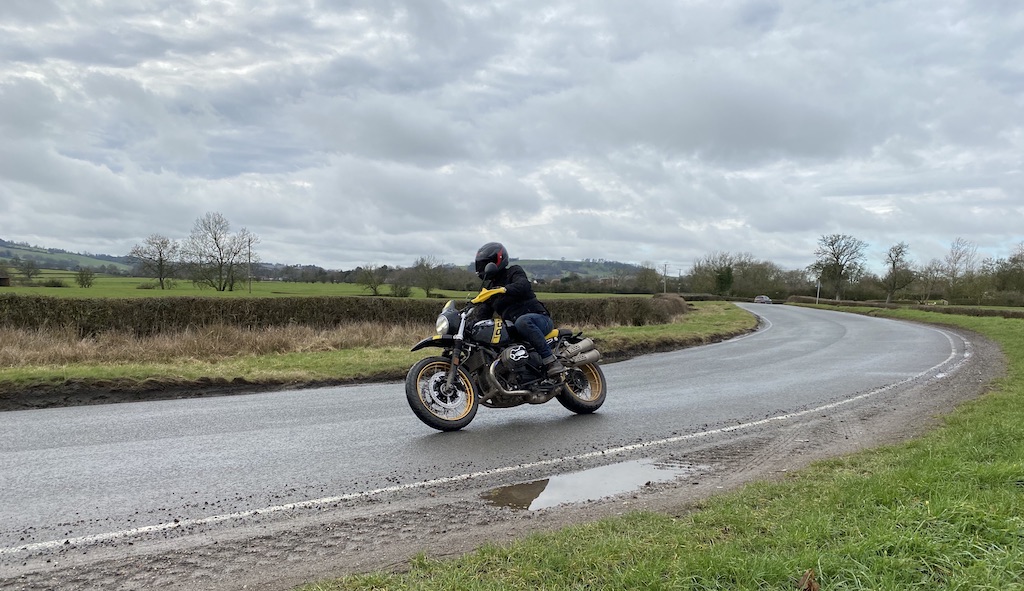 The bike’s stripped back and minimalist design is reflected in the cockpit, which features a single analogue speedo and a small LCD display that you scroll through using a button on the handlebar. You can choose between displaying either the time, engine temperature, odometer, trip meter, and little else. Rest assured, this isn’t a bike that bombards you with tech.

That’s not to say life in the saddle of the Urban G/S is uncomfortable though. The small display reveals which of the three rider modes you are in to help manage the raw power of the boxer engine (either Road, Rain, or Dirt) and these are easily selected using a button on the right handlebar.

The left bar is also home to a cruise control switch (an optional extra) which seems an unusual but welcome luxury on a bike that doesn’t have a fuel gauge or gear position indicator, as do the heated grips, ideal for those brisk winter cruises. 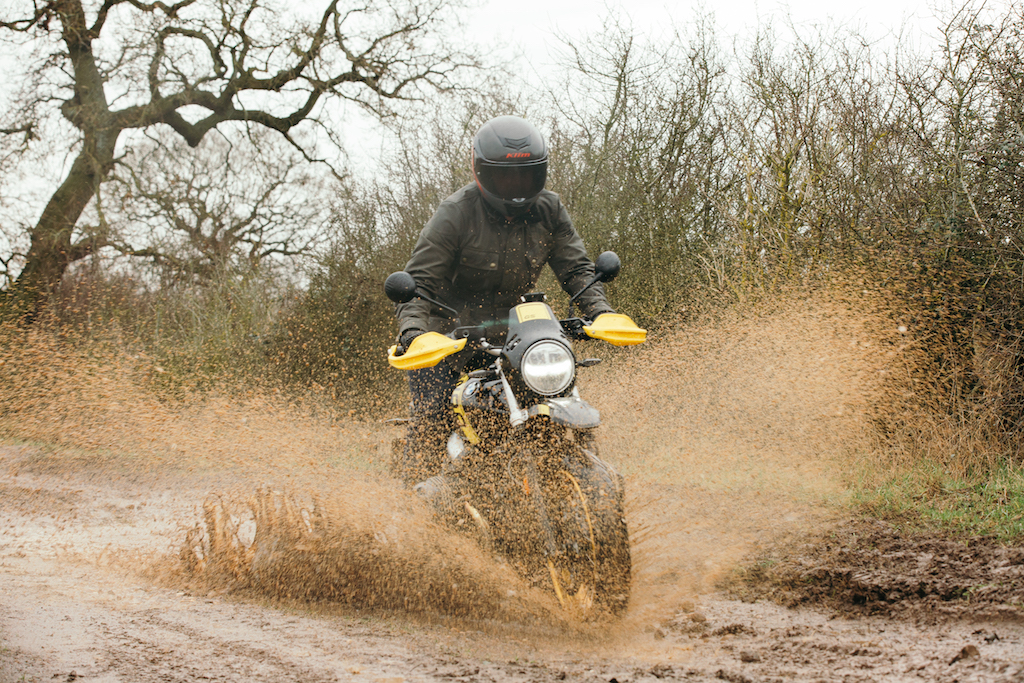 At 223kg (wet), the Urban G/S is a heavy machine. But, it isn’t a tall bike, and the low-slung cylinders of the boxer engine help keep the centre of gravity nice and low, which is noticeable when riding both on and off-road.

Sure, it falls firmly into the soft-roading category, and is more suited to gravel or dirt roads than an expedition on the Trans Euro Trail. But, that low centre of gravity helps it to be more manageable to ride when you turn off the tarmac. This is handy, because the standing position feels awkward, thrusting my backside further rearwards further than I’d have liked.

On the blacktop, the bike handles well enough at low speeds to make filtering through town-centre traffic a breeze. The confidence I felt in the saddle was helped by the bike’s modest 850mm seat height, which is handy for flat footing at traffic lights and paddling around when parking.

Riding it just makes you feel so good 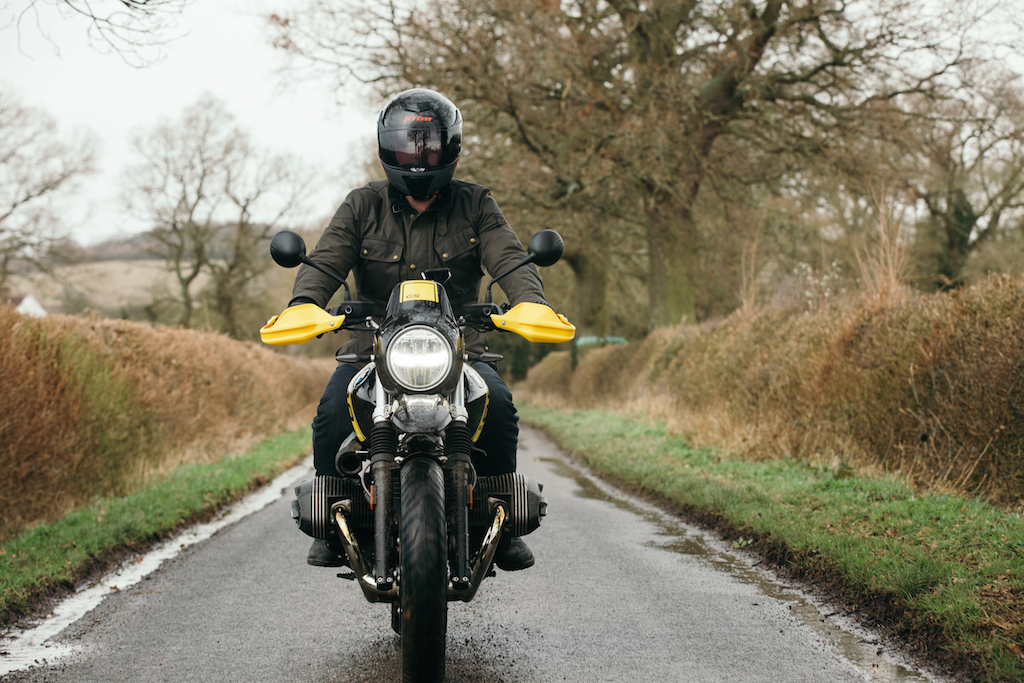 While the Urban G/S is an impressive piece of machinery, the main reason I’d consider buying one is because it makes me feel so damn cool while I’m riding it.

I turned 40 just a few weeks before riding the BMW and the bike has proved the perfect antidote for a man who may be struggling more than he realised with by officially becoming middle aged. Is it helping me through some sort of minor mid-life crisis? Maybe. But, if a bike looks and feels this good to ride, who cares.

Want to find out more about the BMW R nineT Urban G/S?

You can read the full review of the bike in issue 62 of Adventure Bike Rider magazine and discover everything there is to know about the latest addition to the Bavarian manufacturer’s GS line-up.

Read that issue on the ABR Digital Library HERE today.

Or, if you fancy learning more about the history of BMW’s iconic adventure bike line up, right from the birth of the GS in 1980, head here.