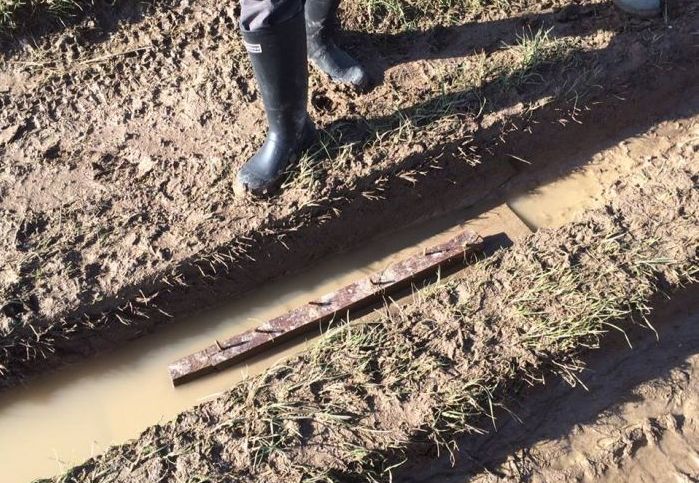 A metre-long spike trap has been found on a public and very popular byway near the village of Tilshead on Salisbury Plain, Wiltshire.

The byway is often used by motorcyclists as well as walkers, horse riders and other motor vehicles.

The trap, consisting of a plank of wood with nails sticking out of it, had been laid in a puddle within a rut at the village end of the byway which runs north toward Westdown Artillery Range.

In a post on their Facebook page, the Wiltshire Trail Riders Fellowship (TRF) said: “This kind of trap can cause terrible injury to pedestrians, horses and dogs. The intended damage to vehicle tyres is minor by comparison.

“There are no legal restrictions regarding use of Tilshead 6 which – given its proximity to the village – is enjoyed by all user groups the whole year round.”

Wiltshire Council told the BBC that it was extremely concerned at the potential for injury and that it all users, including motorcyclists, had a legal right to use the track.

The incident is now being investigated by both Wiltshire Council and the Defence Infrastructure Organisation (DIO).