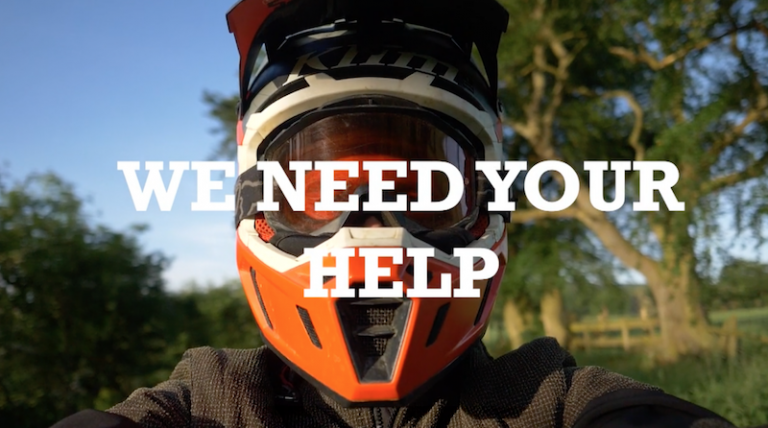 The ‘Old Coach Road’ is approximately five miles of unsealed county road in the parishes of St. John Castlerigg & Wythburn, Threlkeld, and Matterdale in Cumbria. It crosses the boundary of Allerdale (U2236) and Eden (U3132) districts of County Cumbria. The Old Coach Road passes through an environmentally sensitive area and, for a short distance, crosses a site of special scientific interest and reaches a maximum altitude of 437m. 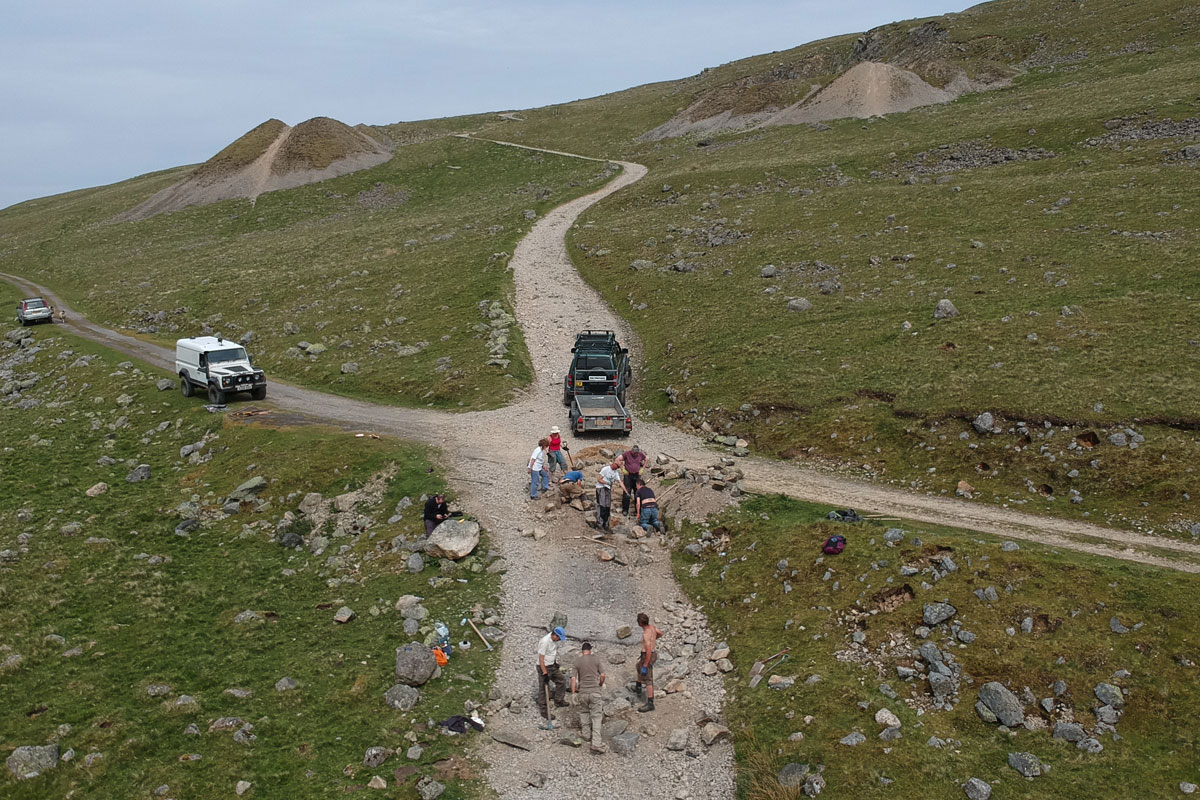 Its history predates the Romans, and it’s been used for moving stock, mining materials and people for hundreds of years as a green lane. In the early 1900s, it formed part of a loop of lakeland roads which drivers from all over the country used to travel north. It’s long been known as a classic route through the Lake District.

Unfortunately, the lane turned into somewhat of a river over three days during Storm Desmond in December 2015. As a regular route for one of the Cumbrian Trail Riders Fellowship (CTRF) members, it was soon reported how much damage Storm Desmond had caused to the Old Coach Road. As a county suffered an estimated £6 million worth of damage in just that one storm, Cumbria was given £4 million by the Rural Payments Scheme to repair paths and bridges. The rest comes out of the various other funds such as highways budgets, but as far as we’re aware, none has gone into repairing the green lane.

Cumbria is still repairing damage from Storm Desmond and the subsequent storms, but funds are not readily available. There are still bridges that are shut, roads and buildings closed off and, although things are being done slowly, the green green network is not high on the priority list. 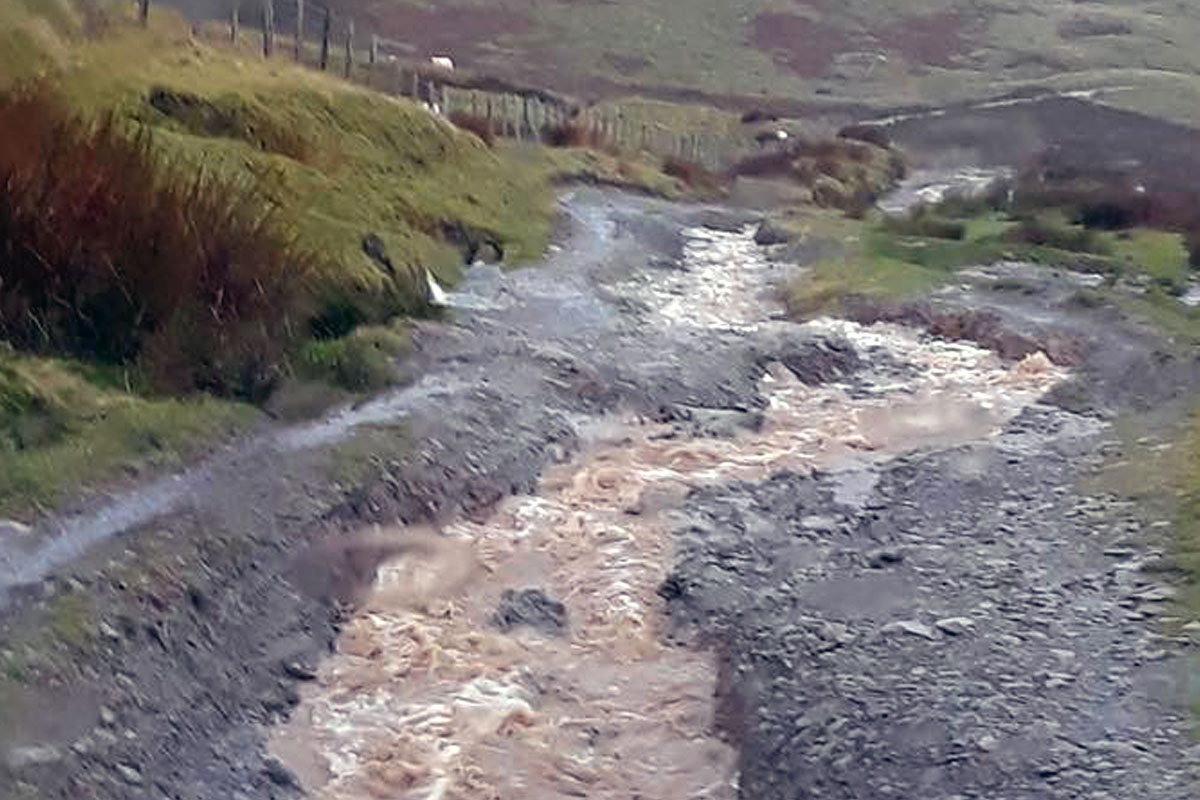 CTRF members identified that something needing doing to save the Old Coach Road, and talked about the permissions required for repairing UCR’s. We decided to make an effort to try and get the permissions needed to repair the Old Coach Road before the road was no longer repairable. We identified and met with our local Highways Network Manager, and had a pretty frank discussion. She agreed that we could have the permissions required, but warned us they had no other resources to offer. Apparently these permissions were a ‘coup’, but for us, it was the door opening to a chance to repair the lanes, which in turn helps to keep them open and builds relations with the authorities around the county. 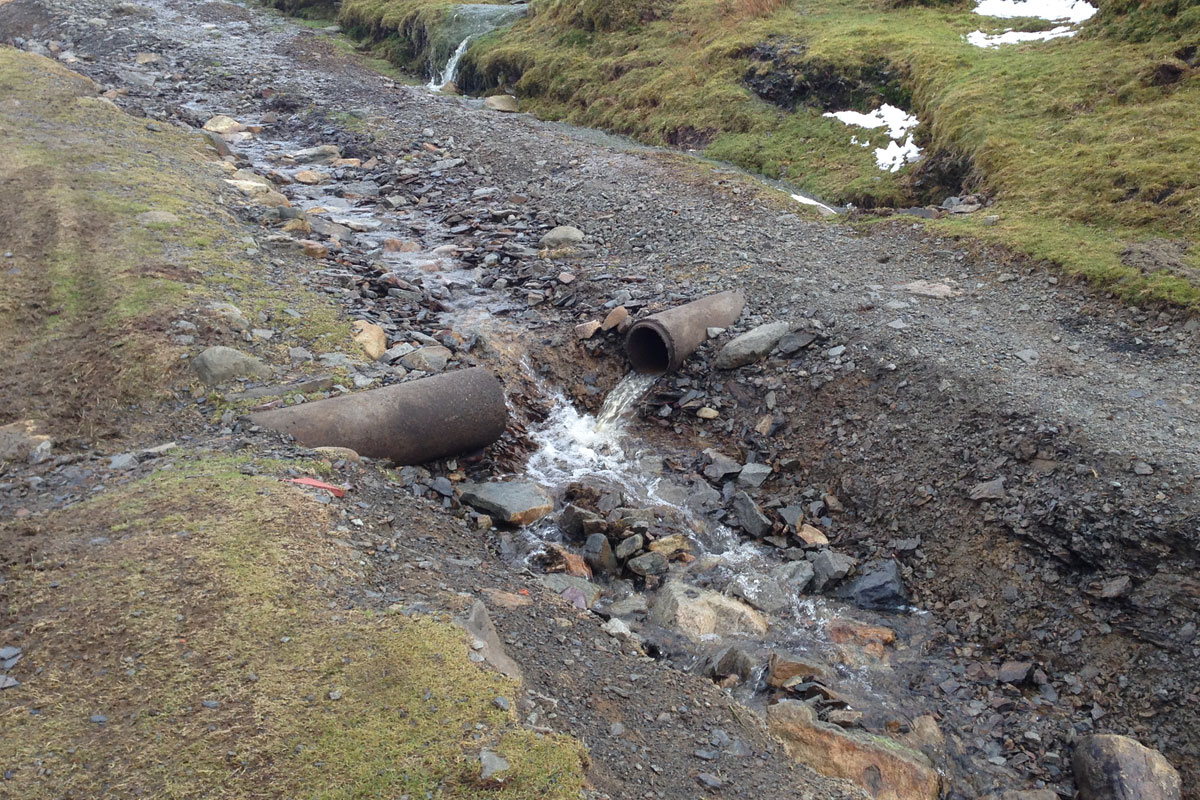 A plan was started to initially clear a small section of drainage along the eastern end of the Old Coach Road to monitor water flow and dispersion. The CTRF have already run a couple of multi-user group volunteer days, clearing gullies with hand tools and opening surface drainage back up. This allowed us to test theories and learn more about the processes involved in repairing a mountain road,. It’s certainly made us appreciate both the work and the effort that used to go into keeping these roads open and serviceable. 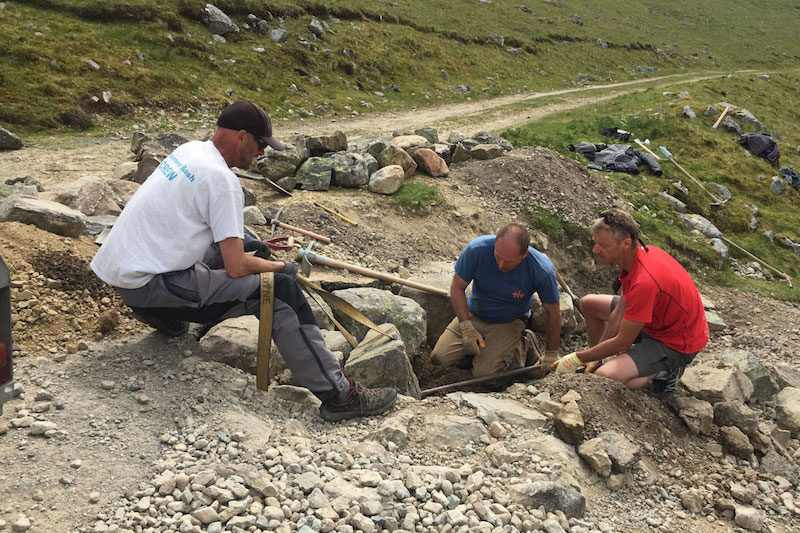 The projected work has already started, and the gullies have been cleared of the full length of the lane by a contracted in excavator and operator. More voluntary work has been done and the pitching of large stones in a severely damaged section has been carried out at the western end, but we are a long way from the finish. CTRF has been donated all the stone required to repair the Old Coach Road by the local quarry owner. Further voluntary work is planned for the pitching of large stones and more gully clearing, but we need money to buy the materials to replace/repair culverts that run under the road, Geotex to wrap these drains and further machinery hire to install the drains, transport the stone and fill in the damaged road.

If you would like to support the CTRF with this cause, please visit the TRF website, watch the video and place a donation for the Old Coach Road on the JustGiving website. All donations are greatly received regardless of their size.

Thank you to everybody that has got involved so far with their donations and graft on the volunteer days, but a special thanks should go to Steve Stout for all the work he has put into the Old Coach Road project, without his efforts this project wouldn’t be happening.