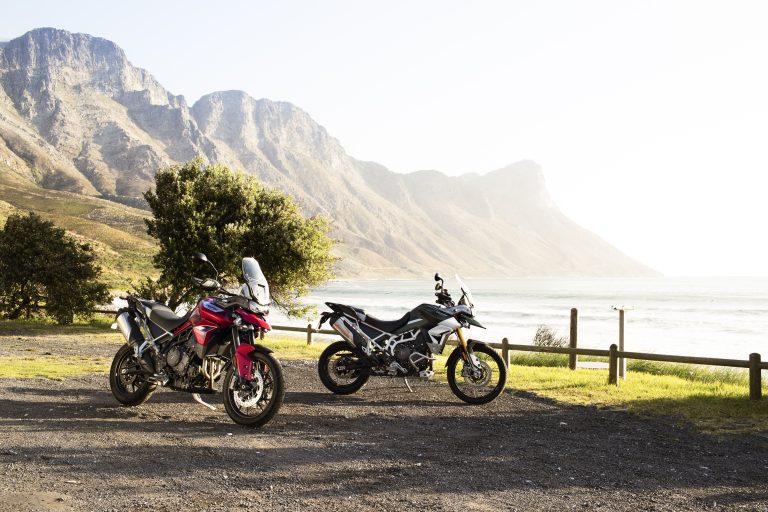 Dating back over 80 years, the Triumph Tiger bloodline is a noble one in the world of adventure motorcycling. Now, new for 2020, an updated Tiger 900 has been unveiled. 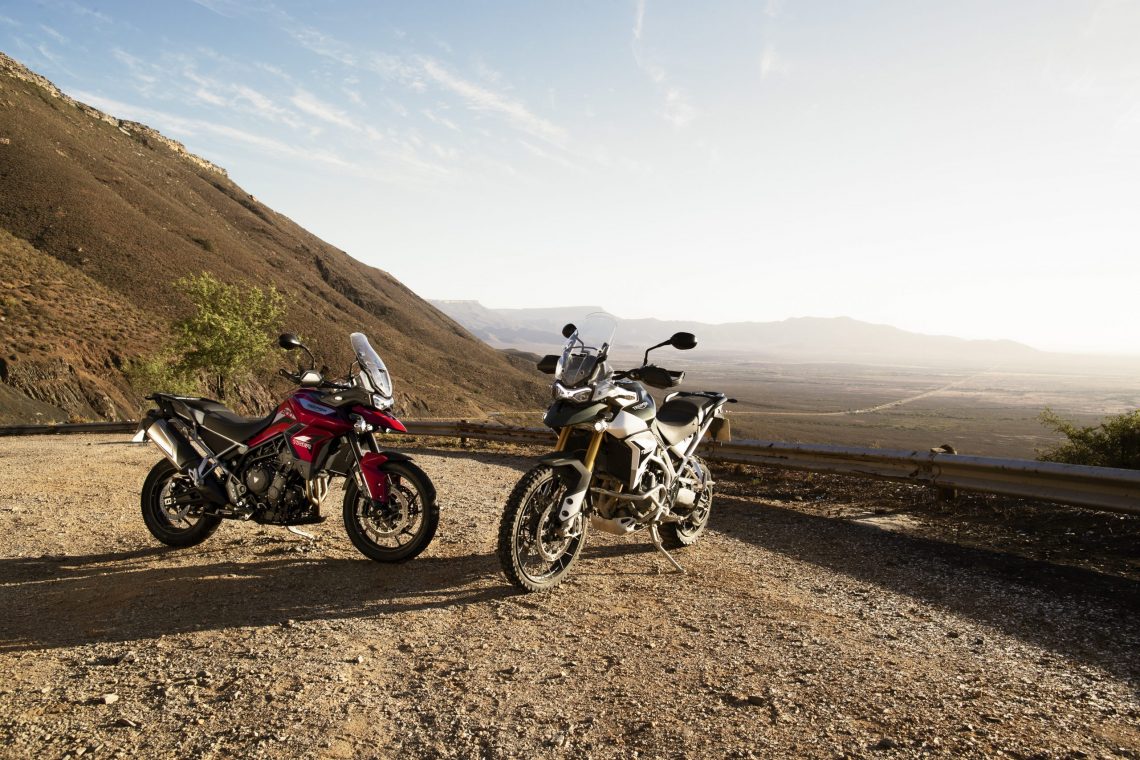 The headline news is an increase in engine size from 800cc to 888cc, with power output from the triple engine remaining the same at 94bhp, but with a 10% increase in torque and more power in the midrange.

The styling of the Tiger has also been tweaked to give the bike a more aggressive look, helped by a new twin radiator set up at the front and smaller twin headlights that replace the previously bug-eyed looking beams. The sharp new styling has moved the bike on from the slightly tired-looking 800, giving the new Tiger, in Triumph’s own words, a ‘dominant, adventure-focused stance’. The new radiator design means the British manufacturer’s engineers have been able to move the engine forward, which they claim has resulted in better low speed handling.

Other changes for 2020 include an increase in fuel capacity to 20l (up from 19l), a separate bolted-on sub frame, removable footpegs and a reduction in weight of up to 5kg depending on the model you choose. This means the  the standard Tiger 900 weighs in at 192kg, which is down from 199kg in 2019. 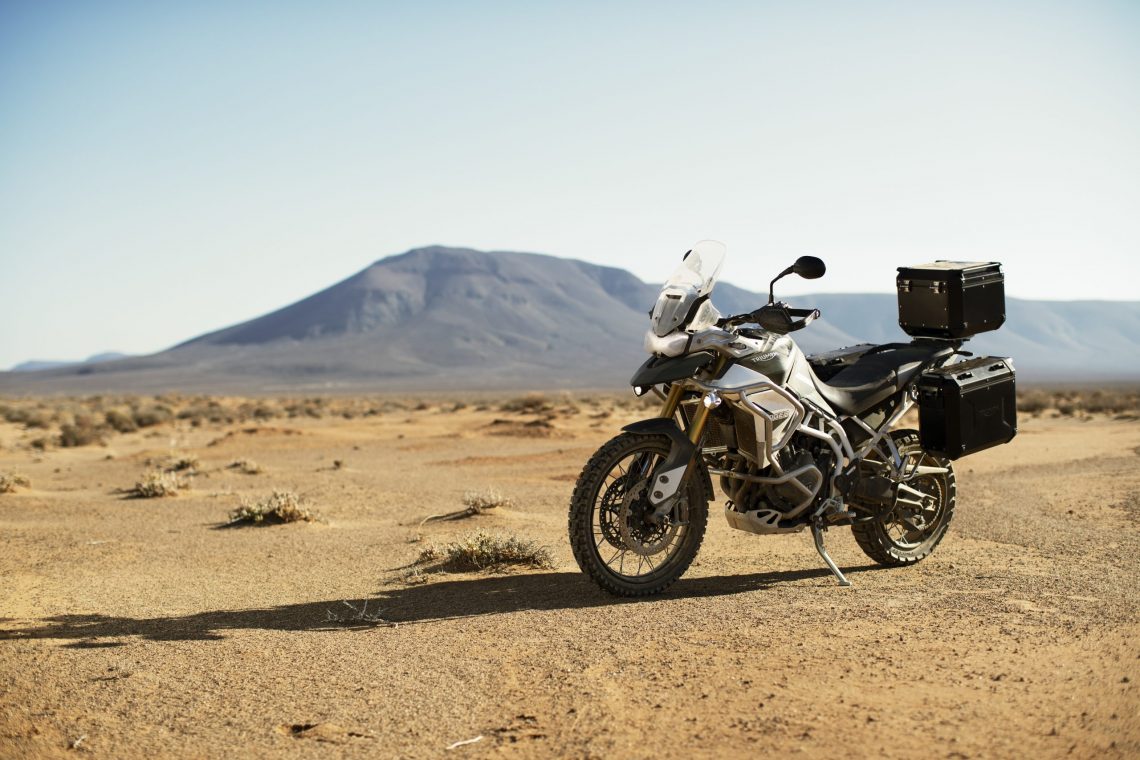 As usual, Triumph has released a selection of model variants designed to appeal to those who want to ride on road, off road and a mix of both. These are a standard model Tiger 900, mid-spec Rally and GT, and a top spec Rally Pro and GT Pro.

For those looking to take their adventures off-road, the Rally and Rally Pro models will likely be the preferred option. They feature Showa 45mm upside down forks that provide an impressive 240mm of travel up front, and spoked 21-inch front and 17-inch rear wheels with tubeless tyres. 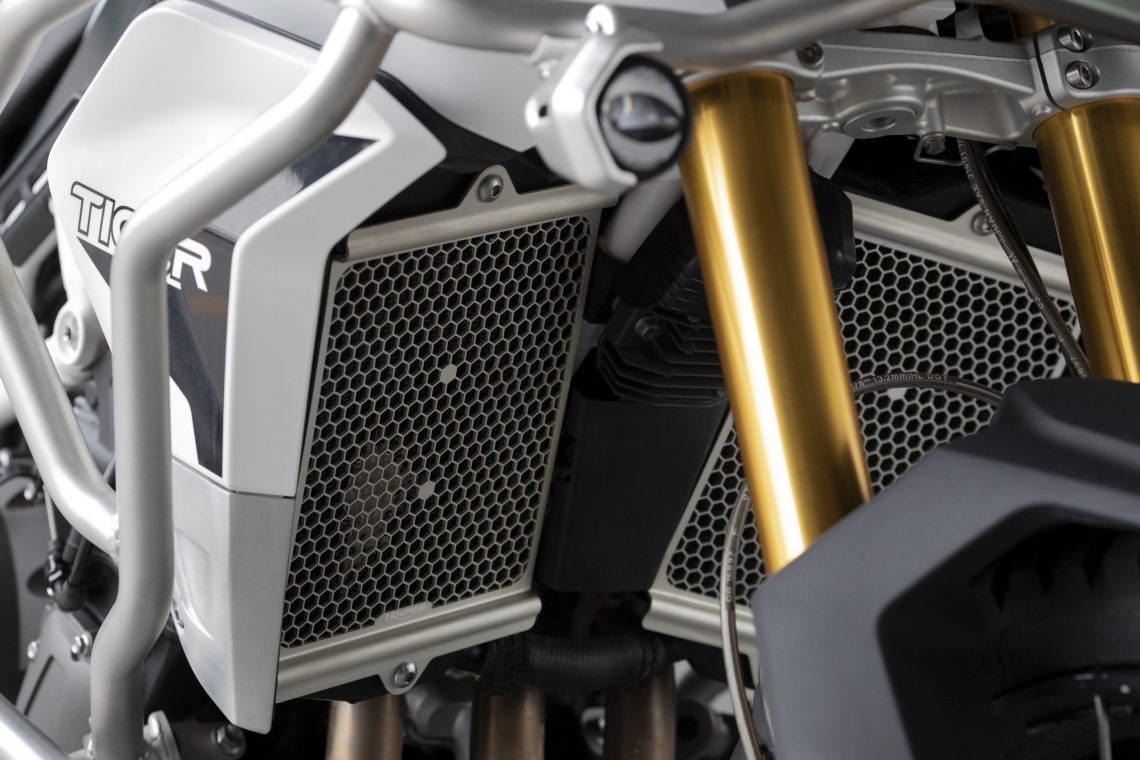 For those unlikely to leave the tarmac, the GT and GT Pro promise a low seat height (810-830mm with lower options available) and plenty of technology to improve the rider experience.

This includes optimised cornering ABS, traction control, a 7-inch TFT dash, a USB charger, cruise control and heated grips as standard across the mid and top spec options. The Pro variants also boast heated seats, a tyre pressure monitoring system and a quick shifter (available as an extra on other models).

Readers of ABR magazine will know that James (assistant editor) has grown to love the Tiger 800 XCx after putting almost 10,000 miles on the bike in 2019. Hoping for more of the same from Triumph, we’ll make sure we get our hands on the Tiger 900 in the new year and let you know how it is to ride.