This military enduro training video will make your day 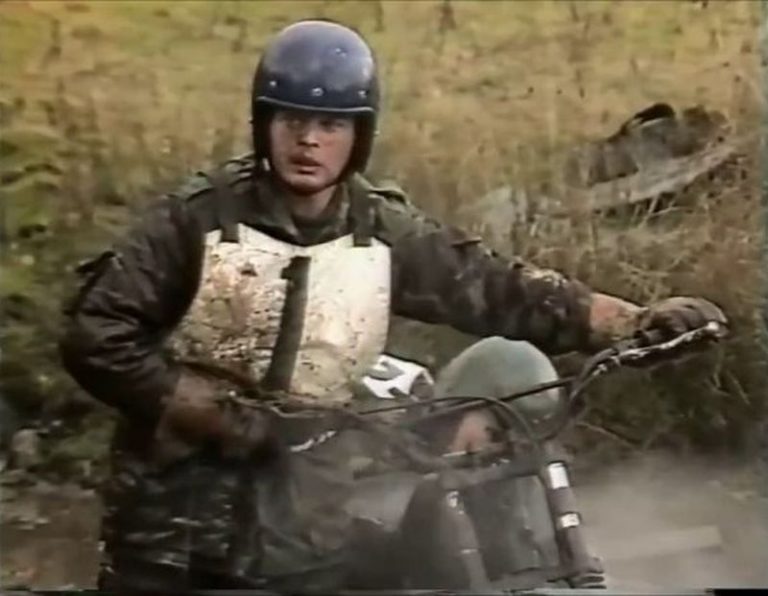 Here at ABR, we love it when you guys send things in to us that really brighten our day. Be it photos, memes, funny stories about your two-wheeled travels or in this case, a video that didn’t half make us roar with laughter. It was so good, we just had to share it with you guys too.

This old school (we’re not sure on the exact date) video was taken during army enduro training in the Yorkshire Dales. The men were training for a few days in the area, on bikes they had mostly never ridden before, which evidently was a recipe for disaster, but it makes for a hilarious viewing for us none the less.

As the recruits struggle to keep their bikes under control, some abandoning ship, we can’t help but giggle at the mixture of their struggle, the army officer mocking them and the somewhat sarcastic tone of the gentleman narrating the video. At one point, one lad experiences an epic motorcycle fail, when he looses control of his bike and ends up face planting a bank, to which the instructor is more concerned about the machine than the man’s safety.

We also couldn’t help but laugh when two men absolutely nail a tree and come off their bike while a team of recruits are riding through the forest – oh boy, you just know that’s going to hurt in the morning. When the classical music starts playing in the background and the fails just keep on coming, is when this video really comes alive.

Oh, and poor number five – I think we’ve all been this chap whose bike has a personal vendetta against him, and will only go where it wants to go. We all had to start from somewhere, eh! Anyway, enough of me badgering on, take a look at this incredible video for yourselves. I’d love to know what your favourite moments are, let me know in the comments section below.