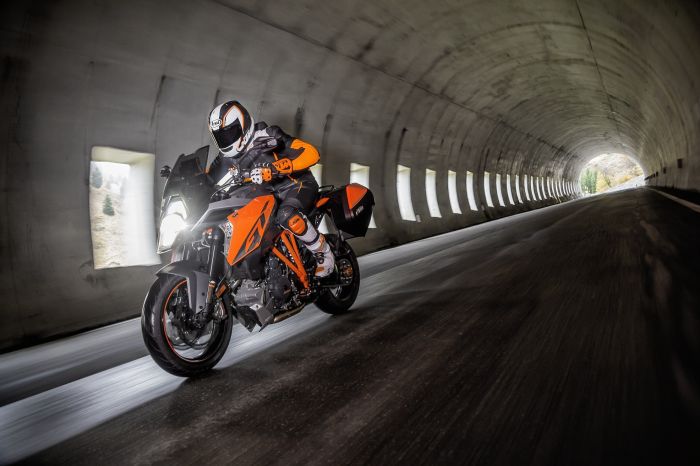 KTM has taken an aggressive step forward in the adventure sports market with the new 1290 Super Duke GT which was revealed at EICMA in Milan last week.

Equipped with the impressive 173bhp 1301cc V-Twin engine that is found in the standard 1290 Super Duke, the GT will almost certainly offer blistering power and performance while other bike modifications have been made to offer greater touring capabilities.

An increase in comfort has been the name of the game here with options of heated grips and cruise control while the fairing and adjustable windshield have also been developed to offer better weather protection.

Touring capabilities are further improved through an increased fuel capacity of 23-litres and a stronger sub-frame designed to accommodate hard panniers (which are available as an optional extra). 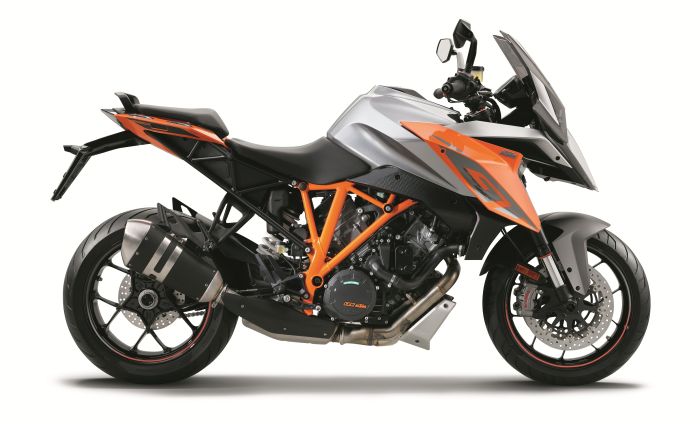 There is also a comprehensive amount of technology on offer which includes LED cornering lights, lean-angle sensitive traction control, cornering ABS and optional Hill Hold Control to stop roll-back while starting on an incline. On top of that, there are three riding modes to choose from, Comfort, Street and Sport.

Another major modification for the Super Duke GT is the inclusion of WP semi-active suspension which works much in the same way as on the 1290 Super Adventure that most of you are probably familiar with, allowing it to work in the confines of selected rider modes.

The motorcycle will be displayed in the UK for the first time at Motorcycle Live where pricing will also be revealed.