Is the Stelvio Pass Europe’s most exciting road? 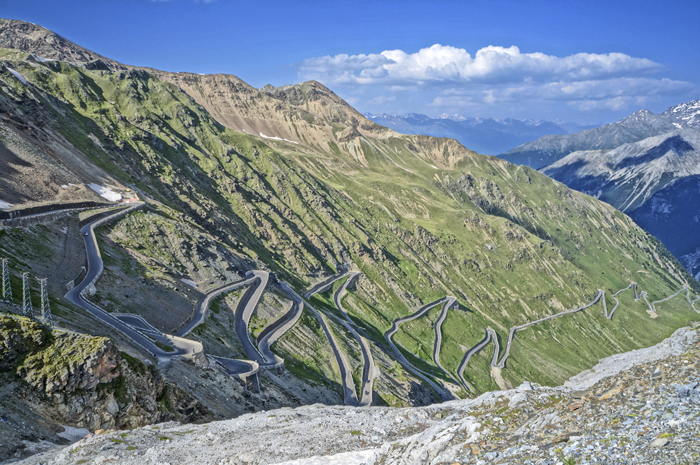 It’s a road that’s on most biker’s bucket lists, and if you’ve ridden in the Alps you’ve probably taken a diversion to ride its many hairpins. Alice Cook tells us about Italy’s famous Stelvio Pass.

On the border between Italy and Switzerland, sits the highest paved mountain pass in the Eastern Alps and arguably the greatest road to ride in Europe – if not the entire world. 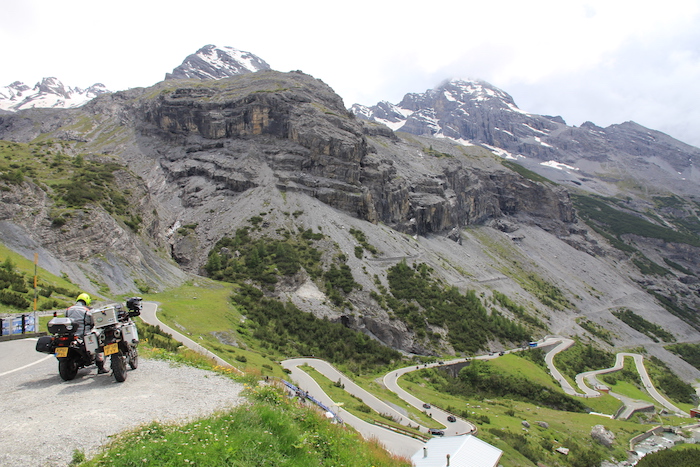 Originally built in the 1820s by the Austrian Empire, the Stelvio Pass, as it has come to be known, is a masterpiece of civil engineering and has been a key part of military and sporting history of the area for over a hundred years.

With a total of 75 hairpin turns over a distance of around 30 miles, it’s easy to understand why this road is on every serious biker’s bucket list. Rising 1,871m from the start to its highest point, the Stelvio Pass is the second highest mountain road in the Alps (just 13m below the Col de I’iseran), and it runs from Spondigna to Bormio in the north of Italy.

You might recall that the Stelvio Pass was named ‘the greatest driving road in the world’ by the guys on Top Gear. Whether you agree with this bold statement or not, it’s hard to deny that the winding roads, stunning views and, literally, breath-taking altitudes makes for a trip that offers even seasoned riders a challenge.

From a bikers perspective the road is really best approached from the north-east side; this way you get to drive up the famous wall of multiple switch-backs – much better than trying to navigate them on the way down while not being able to take your eyes off the road to enjoy the unique views.

With a multitude of corners, sharp ascents and a selection of vantage points to take a break at, it’s no wonder that the Stelvio Pass has become extremely popular with bikers from all over the world, making it one of the busiest of the Alpine drives.

Our tip is to try and make the journey during ‘off-peak’ times if possible; during week days and early in the morning. 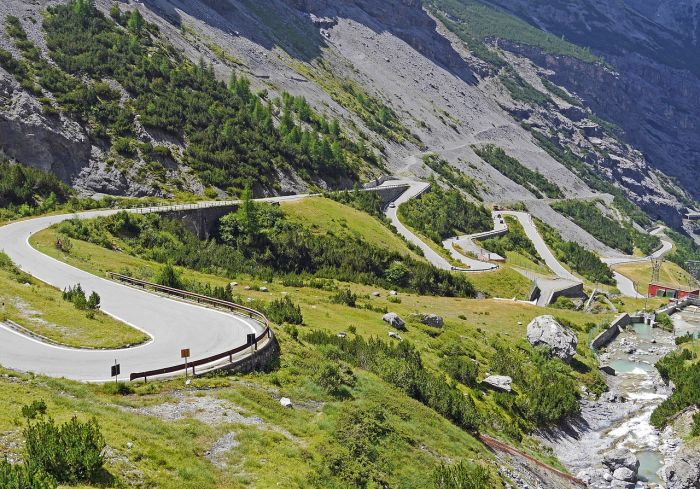 The speed limit over this stretch of road is set at a very moderate 60kmph (37mph). To many this might seem slow, but the truth is you’ll be hard pushed to reach speeds even that fast most of the way.

It might not be the longest of the rides available in Europe but the Stelvio Pass has packed a lot into a short distance. If you’re looking for something exciting, testing and with time to enjoy the culture along the way, then Stelvio really could be the ‘greatest driving road in the world’.

Wherever the road takes you 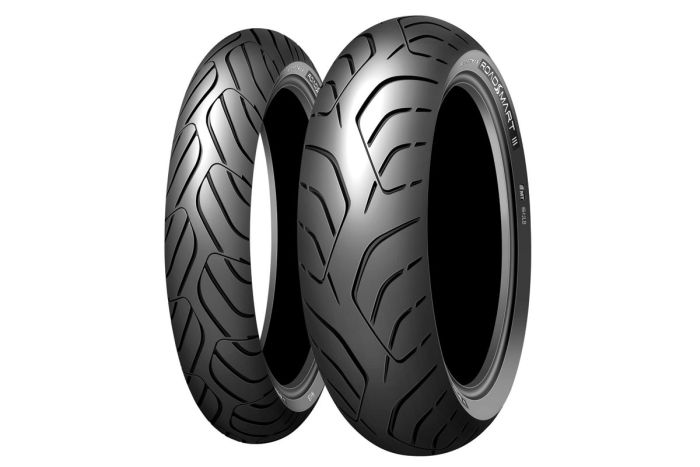 The ground-breaking tread pattern of the RoadSmart III has been especially developed to ensure even wear, and lasting performance so that you can expolore the roads of the Alps for longer. Find out more at www.dunlopmotorcycle.co.uk.