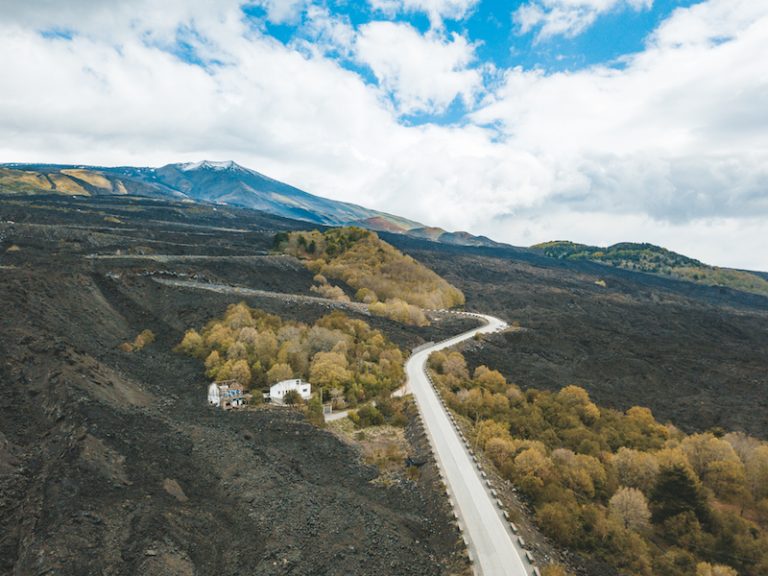 At 3,329m high and covering an area of 459 square miles you simply cannot tour around Sicily without seeing the looming presence of Etna, Western Europe’s highest volcano. Well, actually, you can, as we found out the day we sailed into Catania.

As luck would have it, a major storm was blowing in with the focus and epicentre being on Mount Etna. However, we still felt the need to ride up the mountain even if we couldn’t see it, and so we found ourselves at the start of the SP92 loop road in the village of Zafferana Etnea on-route to the café complex near the summit cone at just under 2,000m.

In good conditions, this road up Sicily’s number one tourist attraction would be busy, but during a storm of tropical proportions in the first week of October we had Etna all to ourselves – that must be a first.

We arrived at the highest car park with its numerous bars and restaurants looking a little forlorn as the main storm event started to batter the mountain. Apart from a single Russian tourist, we were the only other people in town. 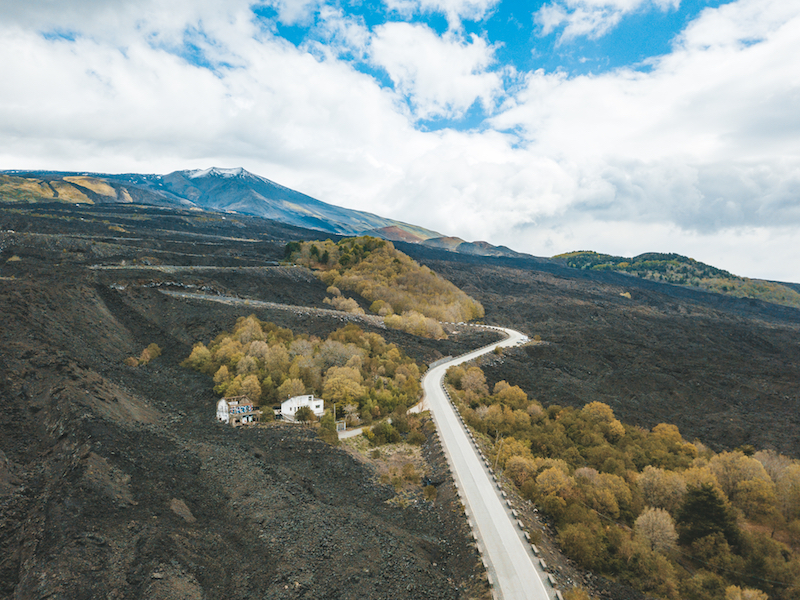 After a quick coffee, it was back out into the thunder and lightning for a ride down the south side of Etna to the village of Nicolosi. We had one brief period when the cloud lifted to reveal the old lava fields we were travelling through, but other than that it was torrential rain which translated into two-inch deep rivers flowing down the roads by the time we were coming off the mountain and flash floods appearing all around.

The conditions made the trip up Etna a lot of fun, but having been previous in clear, warm weather I have to say the latter is preferred to be able to view and absorb the stunning scenery and extent and power of previous lava flows.

Etna aside, leaving the east coast of Sicily and heading inland, a tour of this island would not be complete without setting course for the town of Agrigento on the south coast. You’ll get to experience the interior of the island and just outside the town of Agrigento you’ll find the most visited historical site on the island; the Valley of the Temples.

The Valley is a UNESCO site and includes the remains of seven well-preserved temples including the Temple of Concordia, an ancient Greek temple built between 440-430BC, which is noted as the best-preserved example in the world other than the Parthenon in Athens. 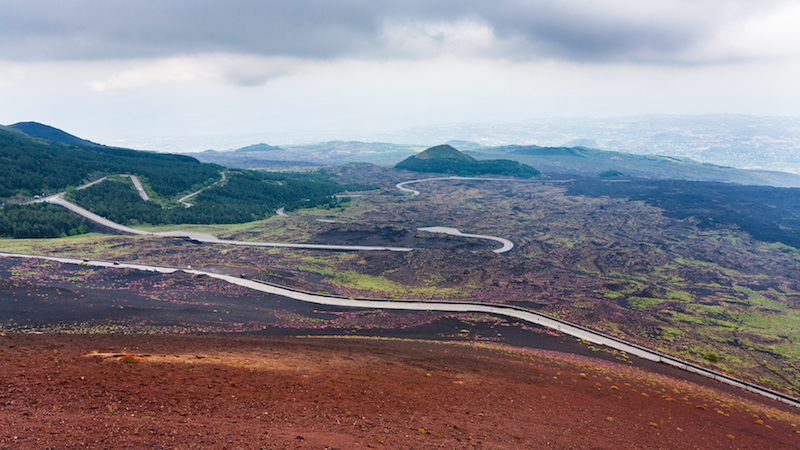 Heading north from Agrigento you’ll find roads going through the most mountainous part of the interior all the way to the regional capital of Palermo, which you may be surprised to know is the fifth most populated city in Italy.

It was here that we finished our trek down through Italy when we boarded a 24-hour ferry back to Genoa on the northern Mediterranean coast. A sailing which allowed us to arrive back in northern Italy relaxed and refreshed having saved over 800 miles and two big days of motorway travel.

Get your free 24-page Guide to Motorcycling in Italy 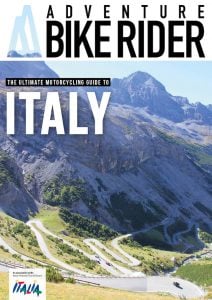 If you’re planning on touring in Italy, then you’ll want to check out our free 24-page guide to touring in the country. Along with the spectacular riding to be found on Sardinia, we’ll give you suggestions on roads not to miss on your next European tour, including the magnificent off-road Colle del Sommelier, the iconic Stelvio Pass, and one of the most visually stunning rides you can ever hope to witness from the saddle of a motorcycle, the Sella Ronda in the Dolomites. To get access to the full 24-page guide, simply fill in the details below.