How many of these 5 Alpine valleys have you ridden?

While there’s no feeling quite like nailing a series of switchbacks on the way up a tricky mountain pass, sometimes it’s nice to take a more relaxed ride and admire the beauty that surrounds you.

While it’d be hard to go to the Alps and not be tempted by some of the world-famous mountain roads, there’s something to be said for sticking to the low roads and exploring the many incredible valleys that this mighty mountain range has on offer.

There are so many alpine valleys that are worth riding and it’s difficult to pick just five that you must see, but after much deliberation and a few office arguments, we’ve managed to whittle it down to the selection below.

Plan your summer tour around visiting these locations and you won’t be disappointed. Of course, if you don’t agree with our selection, let us know in the comments below. 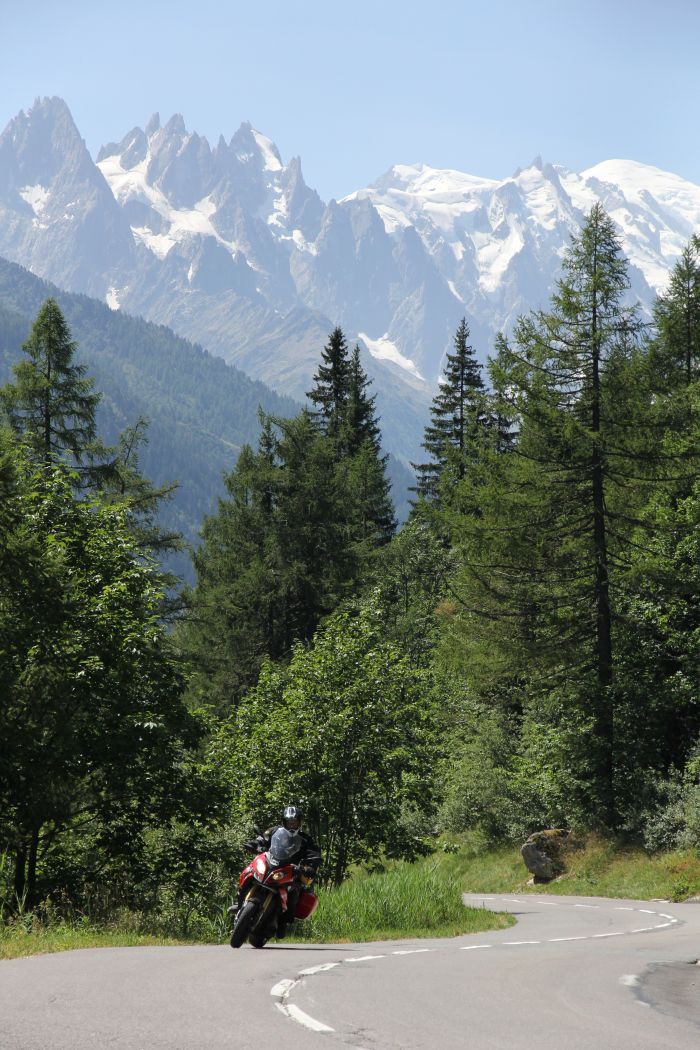 Kicking off our list is the Chamonix Valley in France and if you’re looking for a mixture of dramatic scenery, great roads and a vibrant, cool culture then it is well worth a visit.

Flanked on both sides by some of the highest mountains in Europe, including the towering Mont Blanc, which at 4,808m is Western Europe’s highest mountain, there’s no better way to explore this location that by riding the D1506 which slices through the middle of the valley floor before rising up and into Switzerland. 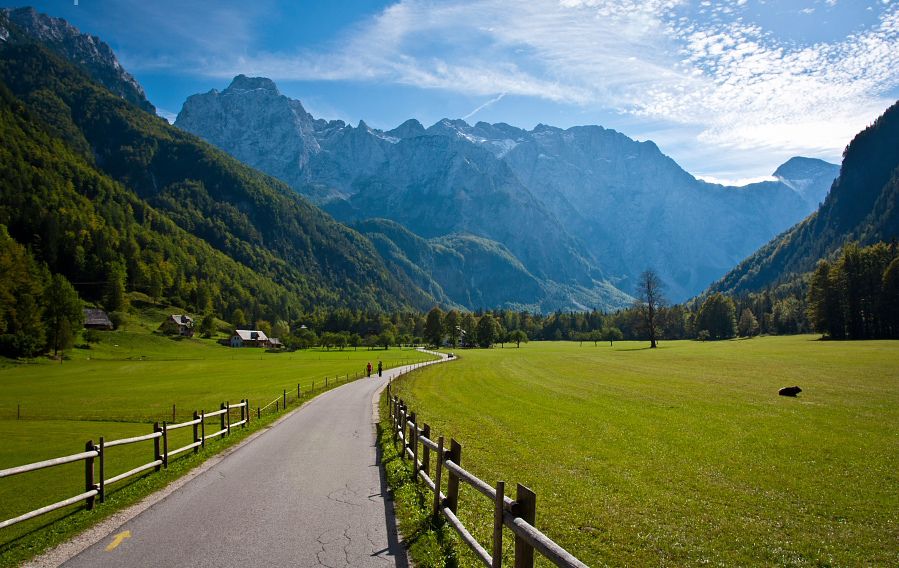 While motorcycle tours of the Alps tend to stick to France, Italy, Switzerland and Austria, if there’s a reason to venture a bit further afield, then it’s the Logar Valley.

Situated in the Kamnik Alps near the Slovenian/Austrian border, the valley floor is flanked by peaks that rise to over 2,000m. The Logar Valley is an idyllic setting of lush green meadows, dense forest and dramatic, snow covered rock faces. 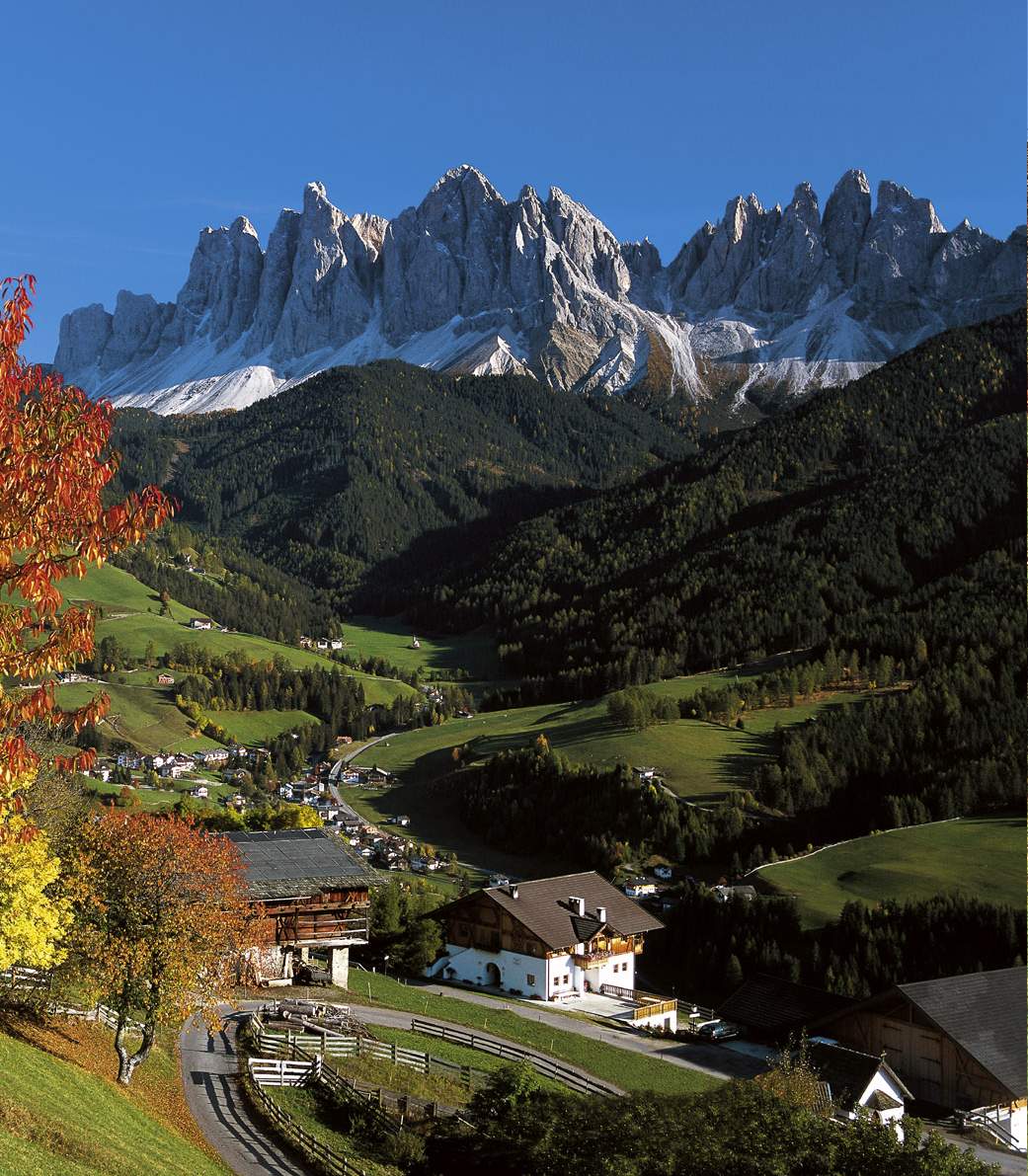 The Villnos Valley is widely regarded as one of the most beautiful valleys in Europe and when you take a look at the picture above it’s not hard to see why.

The valley is noted for its incredibly views of the Geisler Dolomite Massif, a series of impressive peaks that dominate the head of the valley, sitting majestically and ominously like a crown on a monarch’s head.

The Villnos Valley that places a lot of importance on local traditions, so if you’re looking for a place to ride that offers some of the most incredible views on earth as well as charming culture then this is it.

There are few words that can do the Lauterbrunnen Valley justice when it comes to describing the beauty of the place.

The valley, which is situated in the canton of Bern, is one of the deepest in the Alps when measured by the height of the mountains that rise on either side, and the spectacular, sheer rock walls add to the dramatic nature of the views.

If there’s one place where you’re going to have trouble keeping an eye on the road in spite of the surrounding scenery it’s here. 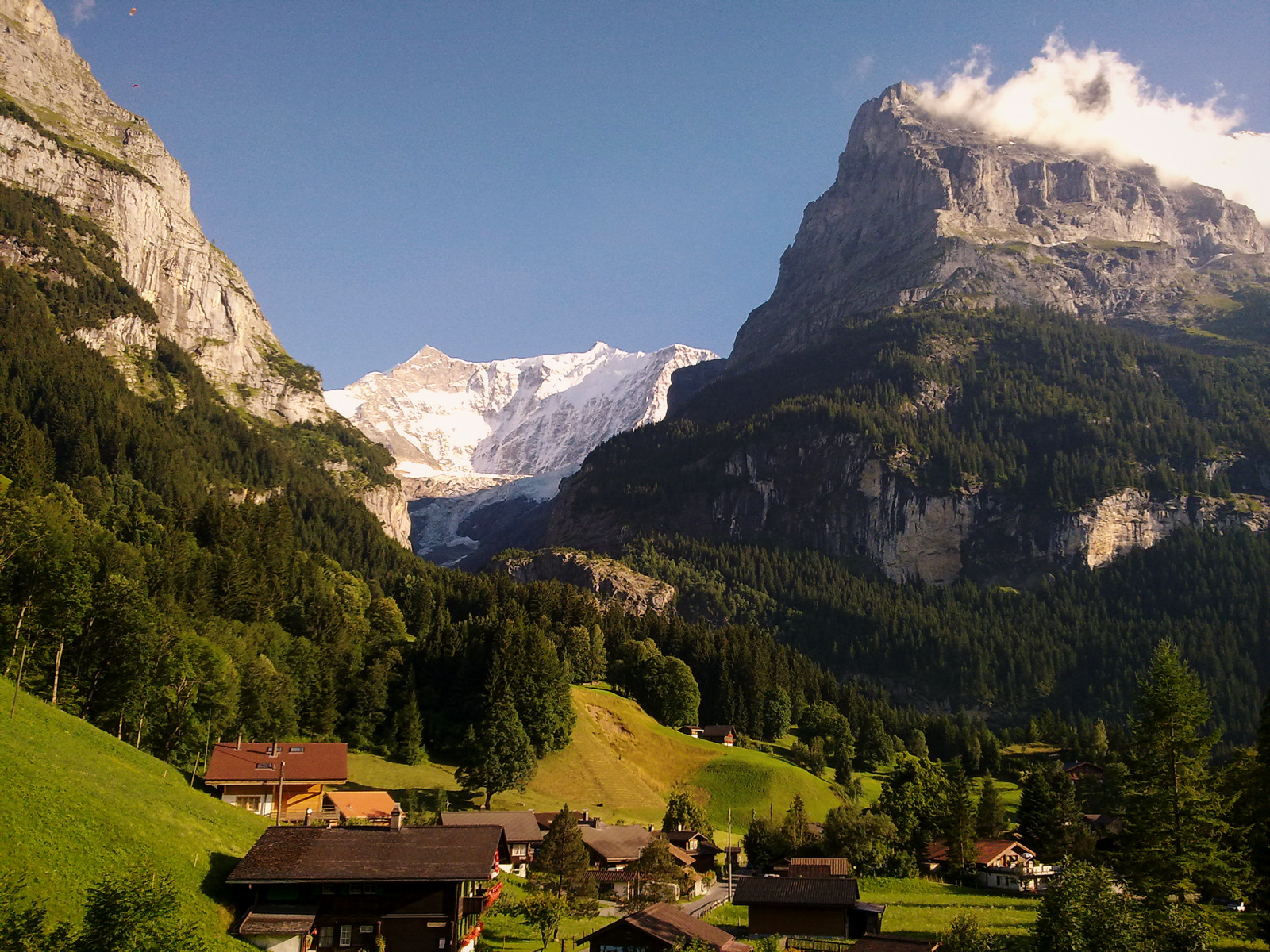 It’s no surprise that out of the five valleys in this list, two of them are located in Switzerland. The country has a smorgasbord of stunning cantons, municipalities and valleys, and one of the most scenic and down right awesome is the Grindelwald Valley in the canton of Bern.

In this relatively small area sit some of the most dramatic and beautiful rock formations in the whole of the Alps. From the infamous Eiger with its formidable north face, to the imposing and majestic Jungfrau to the shark fin-like Schreckhorn there’s plenty of sights to keep you occupied as you travel along the perfectly maintained roads.

While there it’s worth parking the bikes up and taking a trip to the ‘top of Europe’ via the Jungfraujoch, the highest train station on the continent which sits at a heady 3,454m.