Discover the Stella Alpina: A thrilling ride up the Colle del Sommeiller 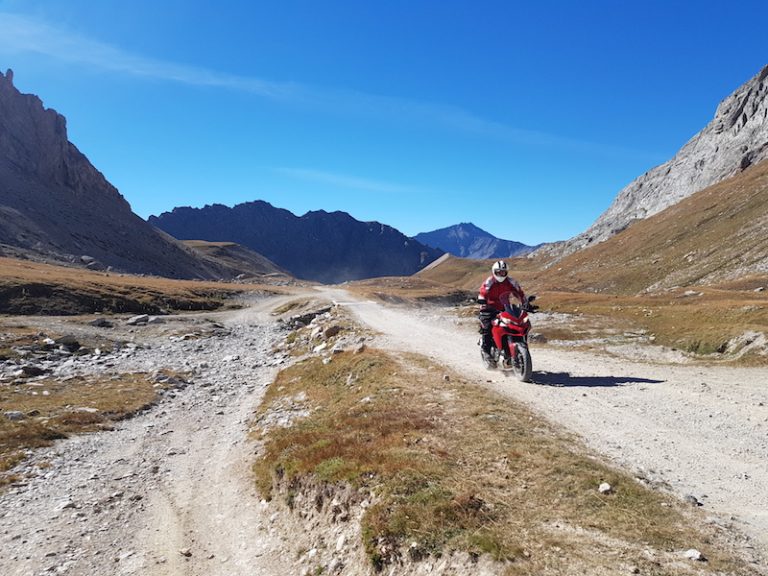 The Italian Alpine town of Bardonecchia is famous in motorcycle circles for two reasons; it’s the venue of the famous Stella Alpina (Stella Alpina Motociclistica Internazionale) adventure rally, and the 17-mile long trail to the 2,993m-high Colle del Sommeiller.

There are higher trails in the Alps, but most are now closed off to motorised vehicles or a lot more difficult to ride.

The rally and the colle are intrinsically linked. Socialising aside, the objective and main focal point of the rally is to ride as high as is safely possible up the Colle del Sommeiller, a gravel mountain pass that tops out at 2,993m above sea level.

Due to the altitude, it is not uncommon for late lying snow to hamper the efforts of those who attempt it, at which point the ride is considered to be ‘done’ at a lower altitude before things get too dangerous.

Speaking of which, I’ve attempted the ride up the Colle del Sommeiller on three occasions and it was only the last time, in the making of this free guide to motorcycling in Italy and accompanying video below, that the conditions allowed a successful summit.

On both previous occasions the snow level was below the colle and far too extensive in cover and soft in composition to reach the fabled summit. At a guess, I reckon we got to within 100 vertical metres of the summit on both prior occasions and thoroughly enjoyed the ride.

From Bardonecchia, the route up the Colle del Sommeiller follows a narrow, twisty tarmac road to the small village of Rochemolles. There, the tarmac ends and the gravel trail begins with a series of zig zags before levelling out alongside the Lago di Rochemolles lake and dam.

The trail carries on to the head of the valley and the Rifugio Scarfiotti which is open during the summer months and offers good food and welcome refreshments. From the refuge, the fun begins with a series of steep zig zags carved into the mountainside which leads onto a higher plateau. 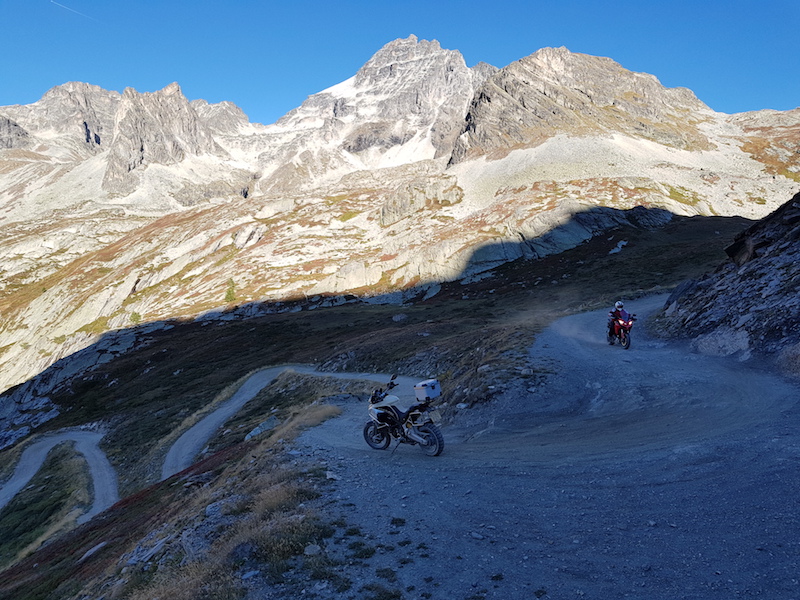 Whilst the ride to the refuge is considered non-technical and easy enough for the vast majority of riders, even those on road bikes, the series of hairpins above can be a little daunting for the less experienced. Many rally goers are more than content to call it a day at the refuge and watch the spectacle unfold up above.

There is little in the way of technical difficulty above the hut, but the zig zags are very tight, steep and covered in gravel and loose stone, and you’ll need to be comfortable riding along a narrow, single track trail with steep drop-offs alongside.

The rewards for gaining the high plateau above the zig zags are the spectacular views and just the sheer enjoyment of being able to ride a motorcycle in such a jaw dropping environment. 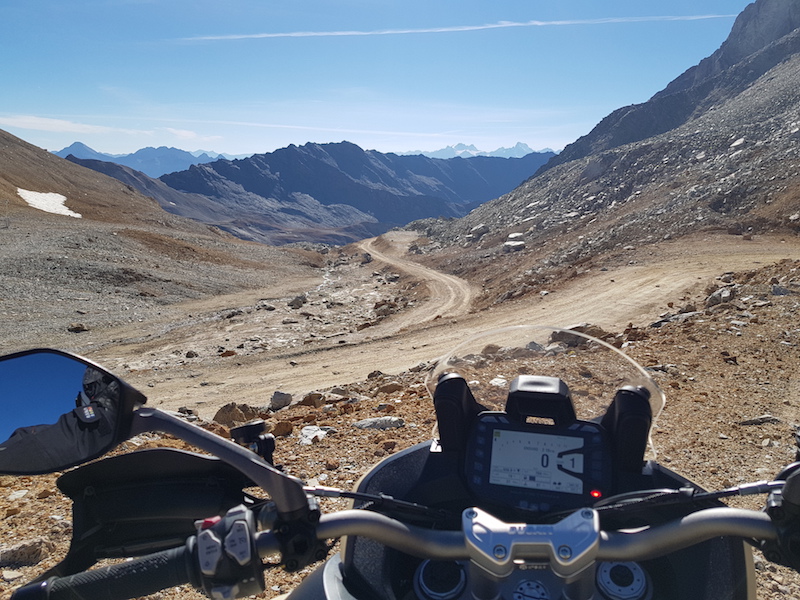 From the plateaux to the colle there’s a further sequence of gravel and rock-strewn zig zags (the rocks here are larger and looser than those that you rode a few miles down hill), which can hold snow well into the summer months.

The Stella Alpina takes place in Bardonecchia on the second Sunday of July each year and is attended by hundreds if not thousands of riders, so you’ll not be short of company.

If the Colle del Sommeiller takes your fancy, why not include it in a further tour of north-western Italy? Being the closest region of the country to the UK, it’s easily accessible and you’ll not be short of incredible mountain passes to ride.

For more information, check out part one of our guide to motorcycling in Italy, or download the complete guide below: