The Stelvio Pass: one of Europe’s best motorcycling roads 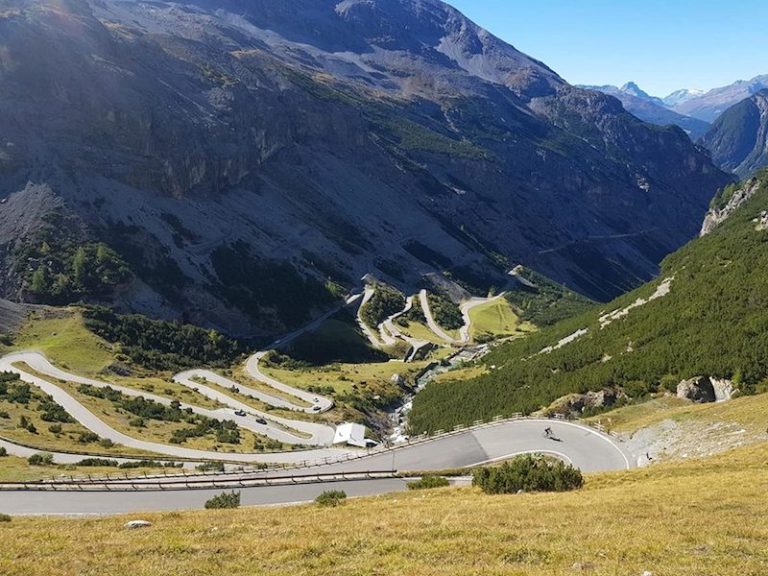 If Carlo Donegani had re-routed his original plans a little to the left or right and, in the process, picked up an extra 7m of elevation the Stelvio Pass would now hold the throne as the highest paved mountain pass in the Alps.

That claim goes to the French pass the Col de l’Iseran, which tops out at 2,764m. As it stands, the Stelvio is the highest paved mountain pass in the Eastern Alps, cutting through the Ortler Range, a glaciated mountain range I’d long admired during my climbing days.

Ortler, the highest summit in the range, stands at 3,905m above sea level, which means it’s just below the 4,000m mark demanded by serious Alpine peak baggers. What’s probably more interesting is that the peak contains the highest ‘trench’ in military history, which was hacked out of the main glacier at 3,850m by Austrian troops during World War One. 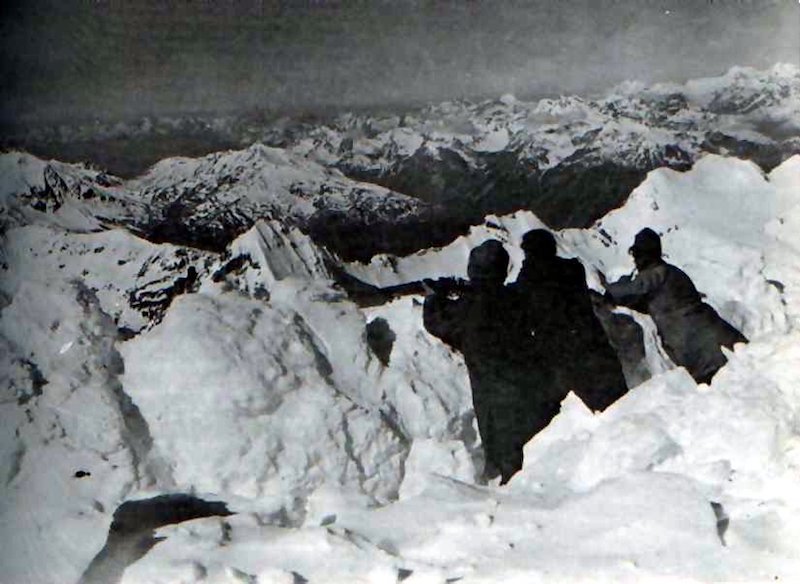 It was only in the mid 1990s that a mountain guide ‘discovered’ the two World War One cannons just below the summit which had been covered by snow since 1918. That’s something for you to ponder over as you look out over the snow and ice bound summit of Ortler from the crest of the Stelvio Pass.

It was an ascent of the Ortler, coincidently in the mid 1990s, that first brought me into contact with the Stelvio. I arrived at the northern approach in early June to find signs warning that the pass was closed due to snow. With the start of the climbing route in Trafoi, about half way up the pass, I decided to chance it.

I can remember thinking at the time ‘I just have to come back here on a motorcycle’ and that was way before the TV show Top Gear picked the Stelvio Pass as its choice for the ‘Greatest driving road in the world’. 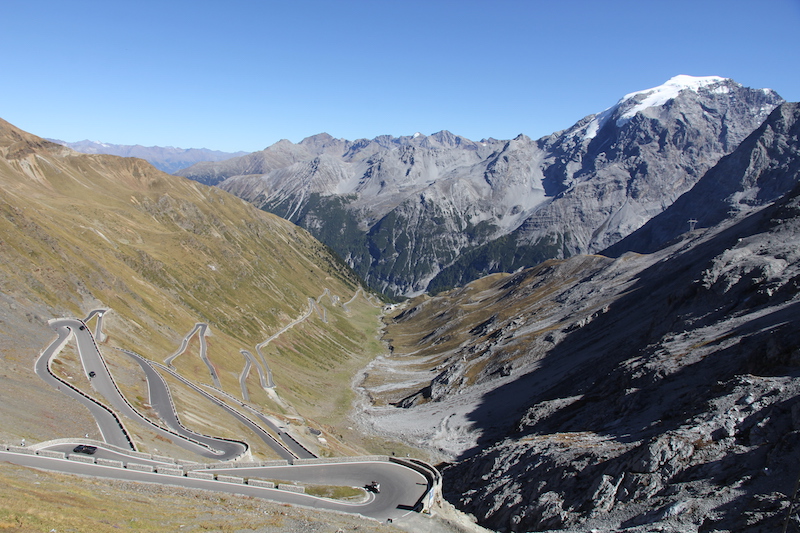 The original road was built between 1820 and 1825, and it still follows the primary route as of today. The pass runs for just over 24 miles from Gomagoi in the north to Bormio in the south and is famed for the 75 hairpin turns, of which 48 are on the northern approach.

There’s no doubting the riding can be tense and gripping with so many switchbacks coming one after another, but the spectacle of the road carving its way up the steep sided valley is one that should not be missed.

At the top of the pass, it’s tradition to stop and have a coffee and a bratwurst from one of the many stalls and cafes. I guarantee you will not be alone, this is as close to a riding mecca as you’re going to get in the Alps. 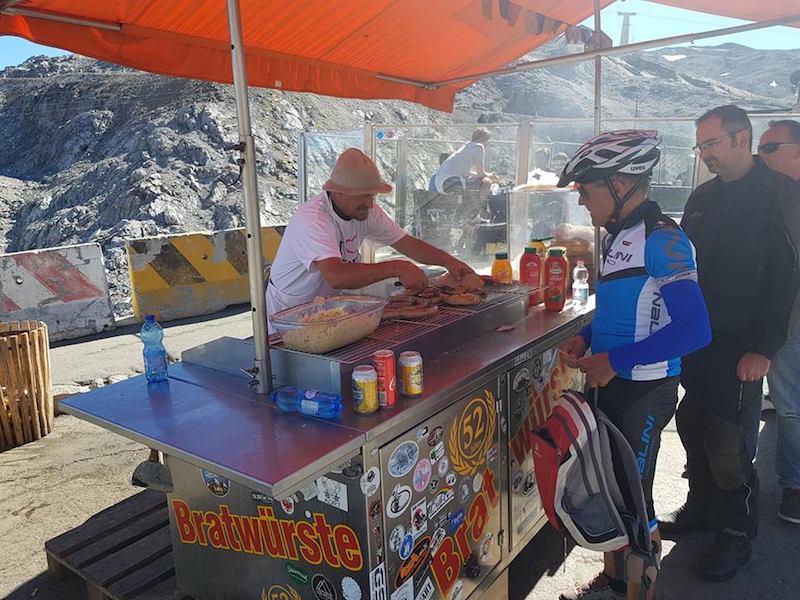 The ride down the southern side to Bormio is less committing when it comes to switchbacks and, in a lot of respects, it could be said to offer better, or should I say smoother, riding. Don’t let that fool you, though, it can be just as exciting and there are great opportunities for you to check out the scenery as opposed to lining up the next 360 bend.