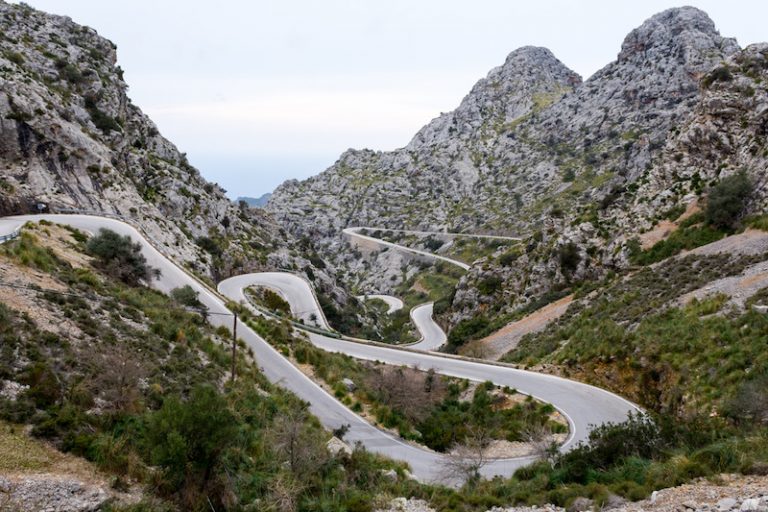 There’s no shortage of incredible roads to ride in Spain, whether you’re on the mainland or touring around the country’s islands, but this route in Majorca takes the plaudits. When you think of Majorca what do you think of? Sunburnt Brits sizzling on the beach? The party resort of Magaluf, which has become known as Shagaluf due to the place’s less-than-glowing public image? Well, for the adventure motorcyclist, the first thing that comes to your mind from now on should be the Carretera de Sa Calobra, or the road to Sa Calobra.

Situated on the island’s north coast, the Carretera de Sa Calobra, which is the only way to access the small village of Port de Sa Calobra, was seemingly designed by a drunk. At least, that’s the impression you get when you first look at the hectic squiggles of lines on a map. In reality it’s an astounding display of engineering, as the builders have managed to create a road that takes you along a seemingly impenetrable mountain landscape.

At just eight miles from top to bottom, the Carretera de Sa Calobra is not the longest stretch of road by any means, but you’ll want to ride it again and again. Almost immediately after you turn off the Ma-10 and onto the Ma-2141 (the official name of the road to Sa Calobra), you’re thrown into a seemingly endless sequence of bends. From sweeping corners and technically challenging switchbacks to a hair-raising 270 degree bend that loops under itself, you’ll be kept on your toes for the duration of the ride.

>>> Related: How to ride Spain and Morocco

But the Carretera de Sa Calobra isn’t the only attraction here. As you descend towards the coast you’ll have the stunning, rocky landscape of the Tramuntana Mountains on three sides, and the perfect blue Mediterranean Sea stretching out in front of you. After the excitement of the mountainous twists and turns, the route then takes you through a dramatic natural tunnel between two huge slabs of rock that appear to have fallen against each other.

At the bottom, you can head to the small port, where you’ll find a few restaurants, or to a serene beach to cool off. The best part, though, is that the only way out of there is back the way you came.

Fortunately, this perfect stretch of road is included on a longer and almost as epic route that stretches across the north eastern coast of Spain’s largest island, and this comes preloaded on the TomTom Rider 450.

The architect behind the masterpiece 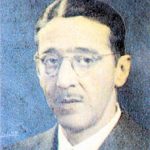 In the UK, we have Thomas Telford, The Colossus of Roads who’s engineering feats have left indelible marks on British history, and in Majorca they have Antonio Parietti Coll. Born in Palma de Mallorca in 1899 to an Italian father and a Spanish mother, Parietti Coll studied road engineering in Madrid before going on to create two of the island’s, if not Europe’s, most impressive stretches of road. He proposed, and built, the road to Sa Calobra, as featured here, as well as the almost as beautiful road to Cap Formentor, a lighthouse on the east coast of Majorca. Unlike most of the other roads being built in Europe at the time (the 1920s), Parietti Coll’s objective was to build roads that would boost the island’s tourism – and boy did he succeed.