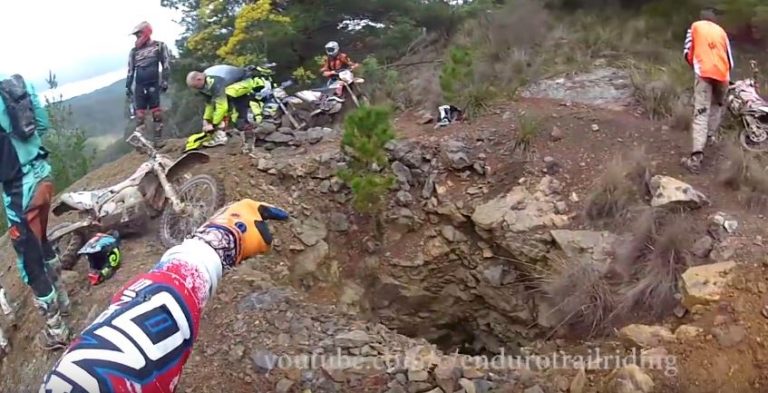 When out riding it’s usually good practice not to speed over blind hills. After all, you never know what could be just over the crest, whether that’s another trail user or, as this Aussie found out, a disused mine shaft.

As is often the case these days, someone was on hand with a camera to capture the terrifying moment that he crests the hill and realises he’s about to take a dive into the unknown. You’ll want to skip to 1:20 in the video to get to the action, and despite only being on camera for a few seconds the panic in his body language is clear to see.

According to the description on the YouTube video, it’s not uncommon for mine shafts in these hills to be as deep as 100m, making the next few minutes of viewing tenser than the funny guy scene in Goodfellas.

As the realisation that a fellow rider has just fallen down a big, big hole sets in, the cameraman ditches his bike to get closer to the scene.

After a few moments the group manages to make contact with the downed rider. He’s alive and only slightly hurt.

Amazingly, and fortunately, the mine shaft was only 15m deep, and while that’s still one heck of a fall, it’s certainly preferable to the 100m that it could have been. Even more amazingly still, the rider is well enough to attach himself to a winch so that he can be pulled out. 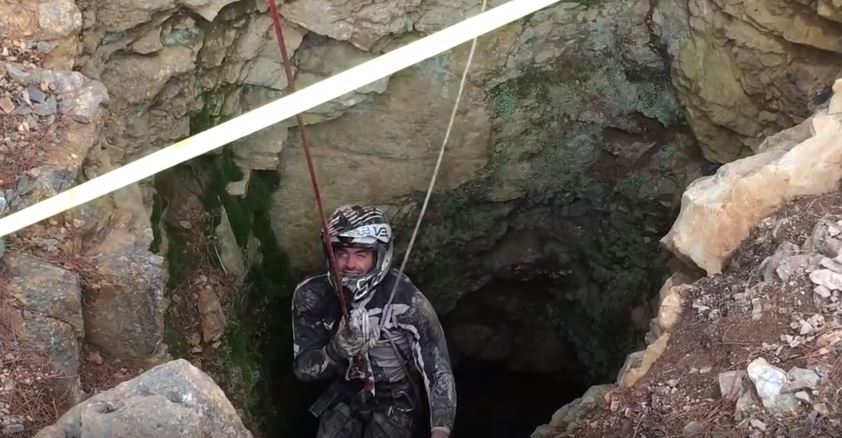 And perhaps most amazing of all is that after being slung 15m down a mine shaft and sitting upside down for over five hours, the KTM that he was riding manages to start up once it’s been rescued.

The description for the video states: “I seen him in the corner of my eye but didn’t see him let go of the bars which is what the GoPro later revealed. Very very lucky it was only around 15 metres deep, many shafts are meant to be up to 100 metres deep. So lucky to come out with no broken bones. People die falling off small ladders at a quarter of the height. And the mighty KTM 2 stroke takes 20 seconds to start after being upside down for 5 hours and 13 mins!”

So, what can we learn from this video? Make sure you’re aware of your surroundings while out riding, and if you come to a hill with a blind summit which you’ve never ridden before, it’s probably best to scope it out first. That, and a KTM trail bike is the only thing, other than a cockroach, that will survive nuclear war.

I think I speak for everyone when I say “you lucky bugger”. Check out the video below.

Edit (01/08/2017): Unfortunately, the uploader of the video has now made it so people can’t embed the video on other websites, so if you want to watch the clip, click here to go to YouTube.

We have, however, stumbled upon this footage of the rescue. Crazy stuff!