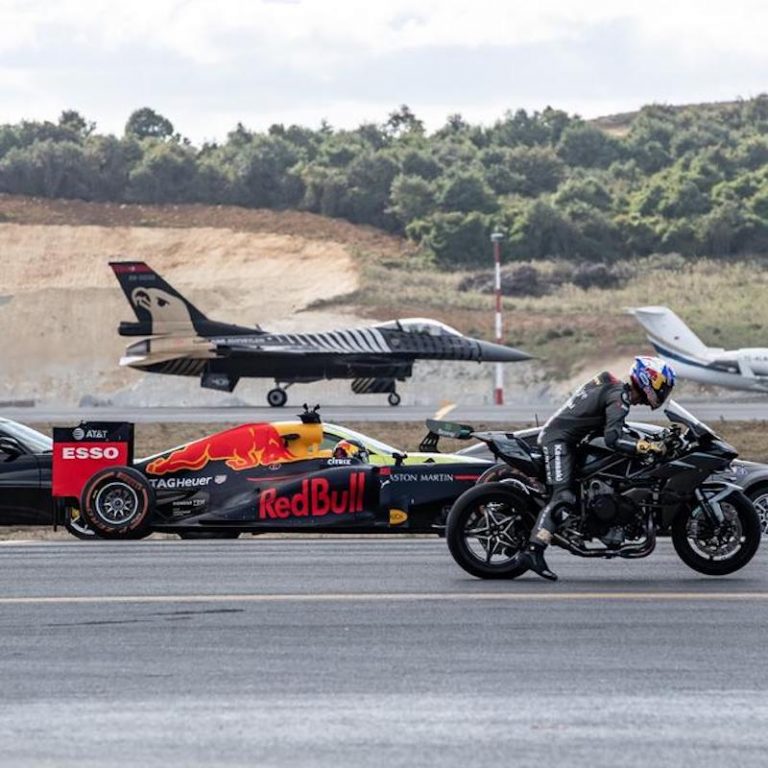 It’s a question that’s been on my mind ever since I got into riding, ‘which would win in a race? A motorcycle, a formula one car, or a fighter jet?’. Thankfully I no longer need to conjure up a scenario where such a contest would take place, because it happened at the Teknofest Istanbul Aerospace and Technology Festival on Thursday.

Taking place at the brand new and currently unopened Istanbul New Airport, the race was held to promote both the country of Turkey and Istanbul’s fancy new transport hub.

The entire lineup consisted of a Kawasaki H2R, a F-16 fighter jet, a Challenger 605 private jet, a Red Bull Formula One car, a Tesla Model S P100DL, a Lotus Evora GT430, and an Aston Martin Vantage. 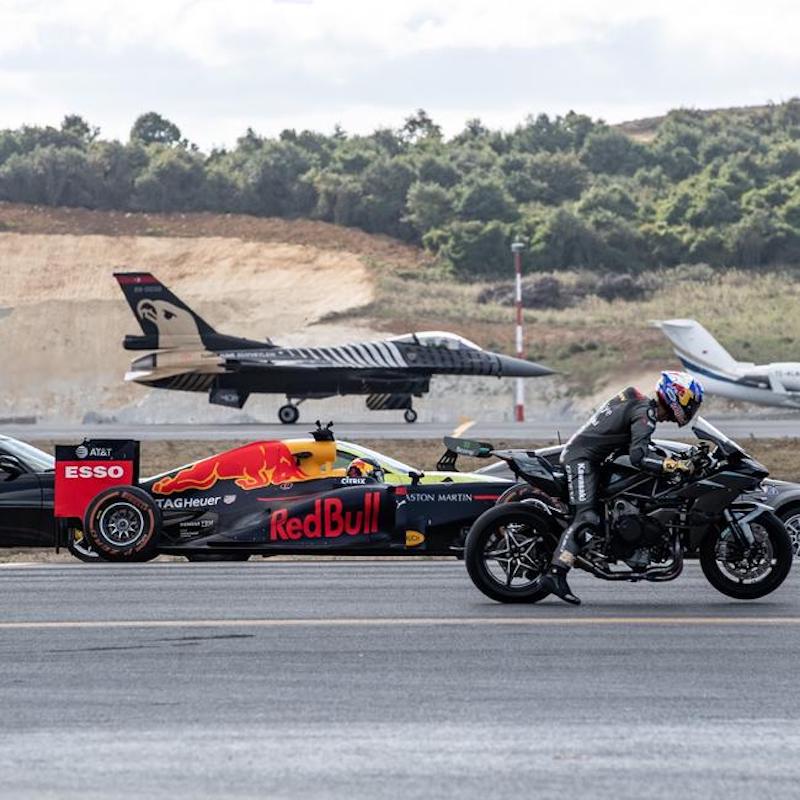 The Kawasaki H2R, ridden by former Supersport World Champion Kenan Sofuoglu, outpaced the rest of the racers, crossing the finishing line of the 400m-long track in first place in 9.43 seconds.

It wasn’t so clear cut though, and a photo finish was required, showing that Kenan and the H2R won by just 0.04 second, pipping the Redbull Formula One car, which was driven by test driver Jake Dennis.

While the race certainly proves that bikers are far and away superior to all other motorists, it was really interesting to see just how quick the Tesla Model S is off the line. The electric car shot out of the gates and looked like its lead was insurmountable, but the H2R, the Formula One car, and the fighter jet all caught up.

Now, motorcycling enjoyment isn’t all about speed, and while the H2R is a stonkingly fast machine, its road-going brother, the H2 SX, is actually a very competent sports tourer offering performance and comfort. We put this to the test when we rode it along the length of the England/Wales border earlier this year.