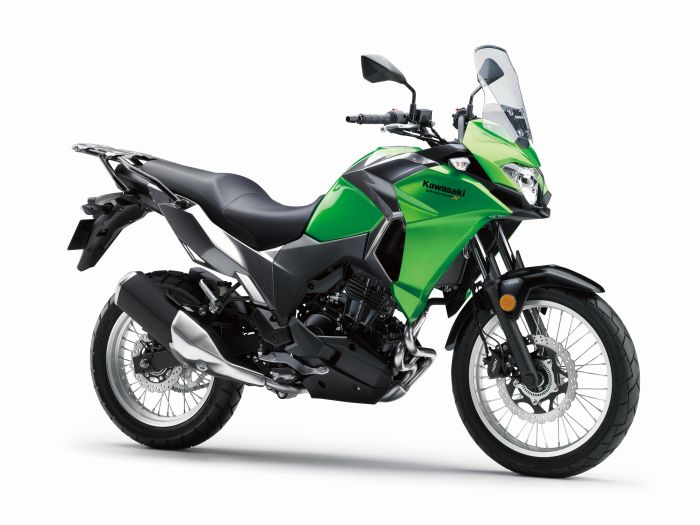 Kawasaki’s new offering to the world of adventure motorcycling was today revealed at EICMA, and rather than it being a 250 (as had been expected), the Japanese manufacturer unveiled the all-new Versys-X 300.

Very little has been revealed in the way of specs or technical details by Kawasaki, so we are left to speculate on what we’re seeing. The Versys-X 300 is likely to be based on the Z300’s tubular chassis, with the same 296cc liquid-cooled, 4-stroke parallel-twin engine. 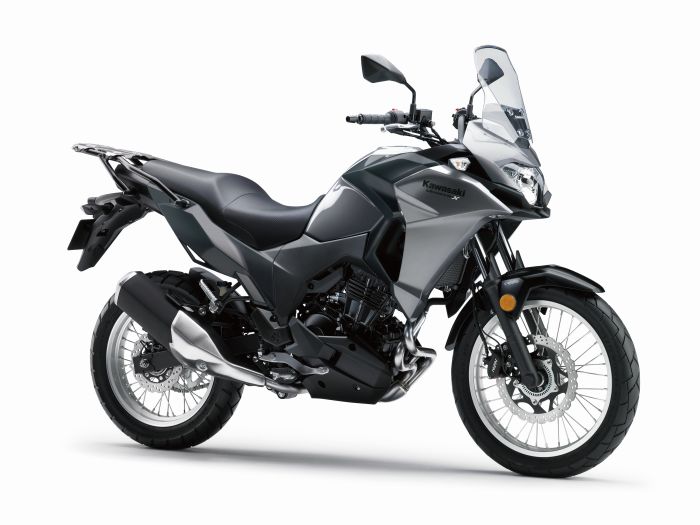 Extras have clearly been added to convert the naked bike to an adventure-styled machine, with the fairing and seat looking like scaled down versions of those found on the larger Versys 650 and 1000. An adjustable screen can also be seen, and, like its big brothers, the Versys-X 300 appears to lack hand guards as standard, though these will most likely be available with various packages.

The reveal of the Versys-X 300 continues the trend of motorcycle manufacturers offering big bike looks with smaller capacity engines for 2017 (we’ve just seen the Suzuki V-Strom 250, and the BMW G310 GS), a move that seems to be fuelled by the expanding demand for such bikes in the Asian market.