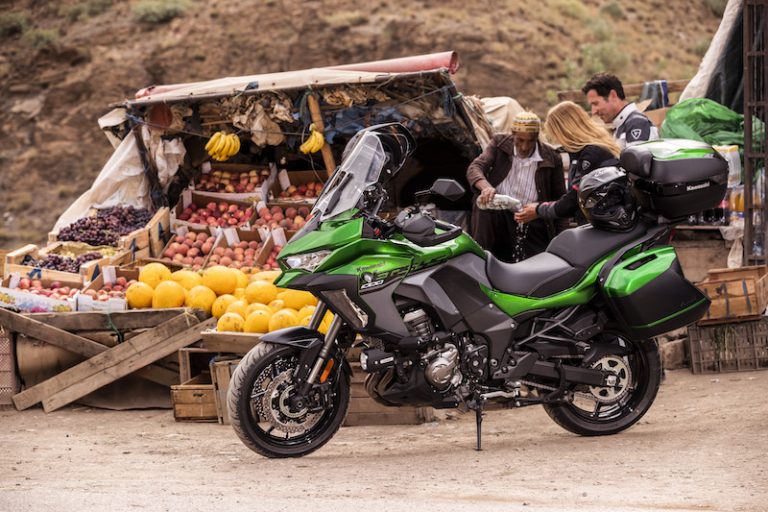 Kawasaki has announced that it will be launching an updated model of the Versys 1000 for 2019, as well as a top-spec Versys 1000 SE. The news came as the Japanese manufacturer held a press conference at this year’s Eicma event in Milan.

Adding to the 2018 model, the new 2019 Kawasaki Versys arrives with more technology at the rider’s disposal than in previous years. The newest inclusion is the ride-by-wire throttle, as well as the option of cruise control, a variety of different power modes, traction control, and more advanced controls. 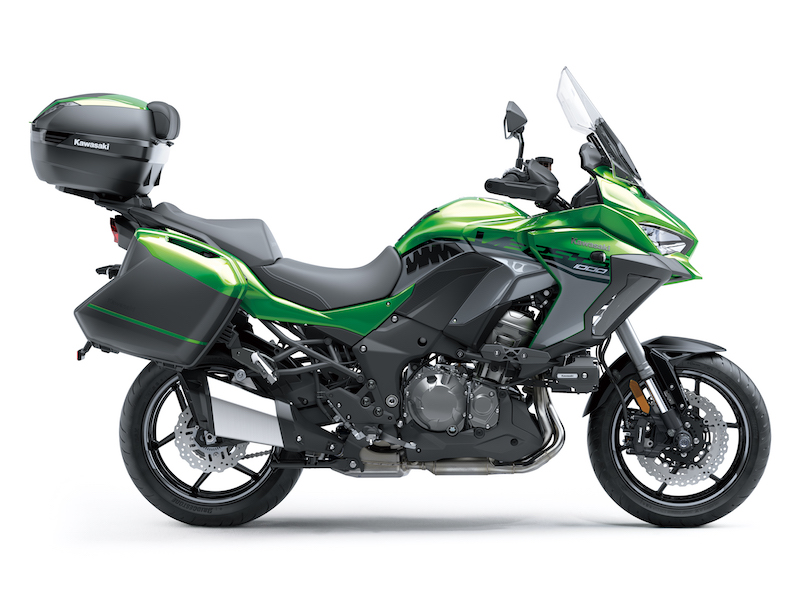 Speaking of the inclusion of electronically adjustable suspension on the SE model, Kawasaki said: ‘The Versys 1000 SE model comes with KECS which is based on the semi-active system the debuted on the 2018 Ninja ZX-10R SE. KECS adapts to road and riding conditions in real time, providing the ideal amount of damping called for.’

Both the standard Versys 1000 and the Versys 1000 SE can be ordered with an ‘ergonomic package’, which adds an adjustable screen for better protection and a choice of two Ergo-Fit seats as further accessories. 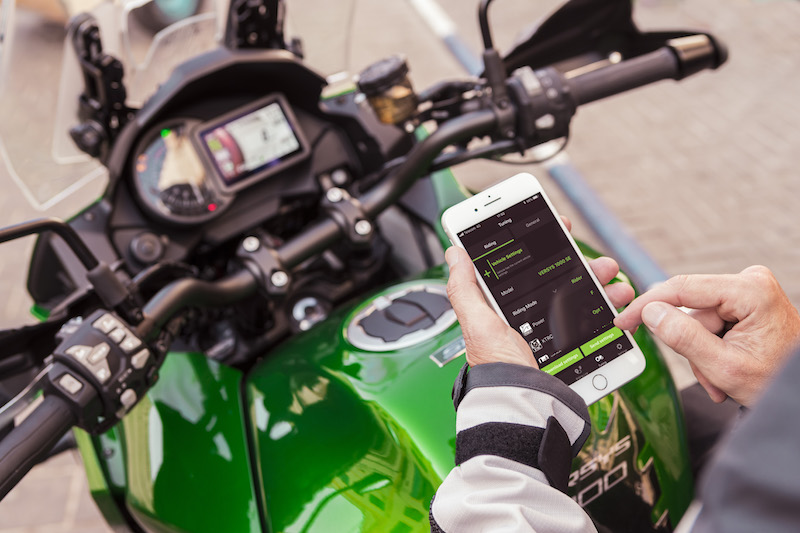 Kawasaki was also keen to point out the smartphone connectivity on offer, which makes use of the new Kawasaki Rideology App. This will allow you to connect your smartphone to the Versys 1000 SE and use it to adjust your suspension, see riding logs, and monitor service and oil change intervals. 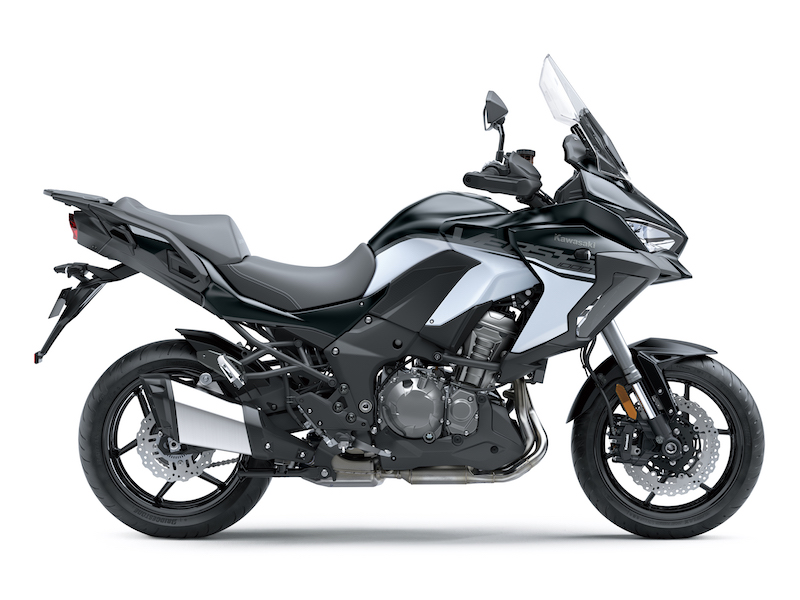 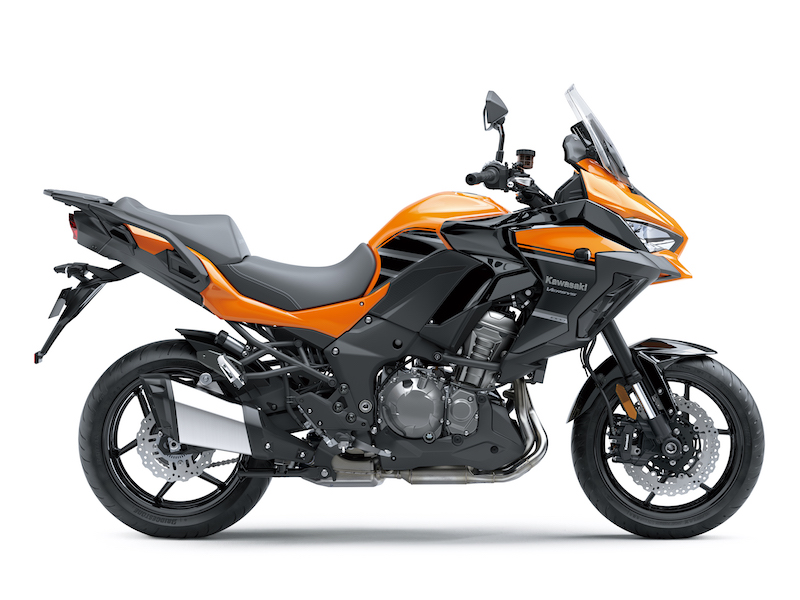 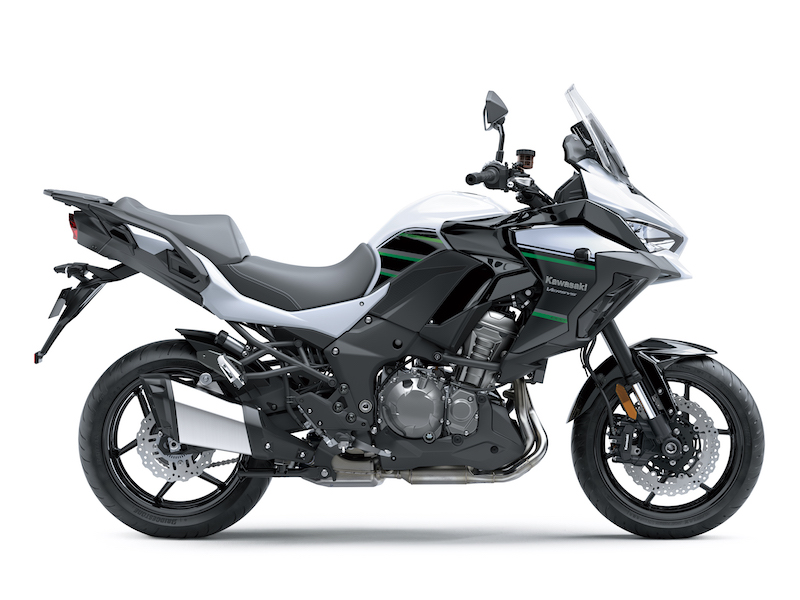 Both the standard Versys 1000 and Versys 1000 SE arrive with the same liquid-cooled, 4-stroke engine, that was seen in the previous Versys model, along with exact same specification when comparing stats. The only difference outside of the new tech and colour schemes shown is the curb mass (wet weight), which has now gone up to 257kg as opposed to 250kg on the 2018 model. This is explained by the inclusion of the new tech.

The Kawasaki Versys and SE model are due to start rolling out to dealerships in 2019, with currently no price listed. Considering the 2018 bikes are £10,299 and £10,499 respectively, we expect the new models to be around a similar price. 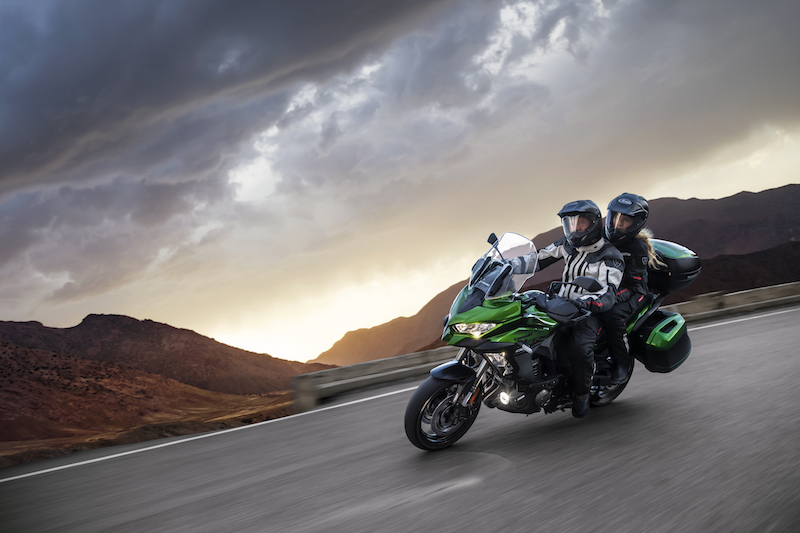 What are your thoughts on the Kawasaki Versys 1000 and 1000 SE model? Let us know below.