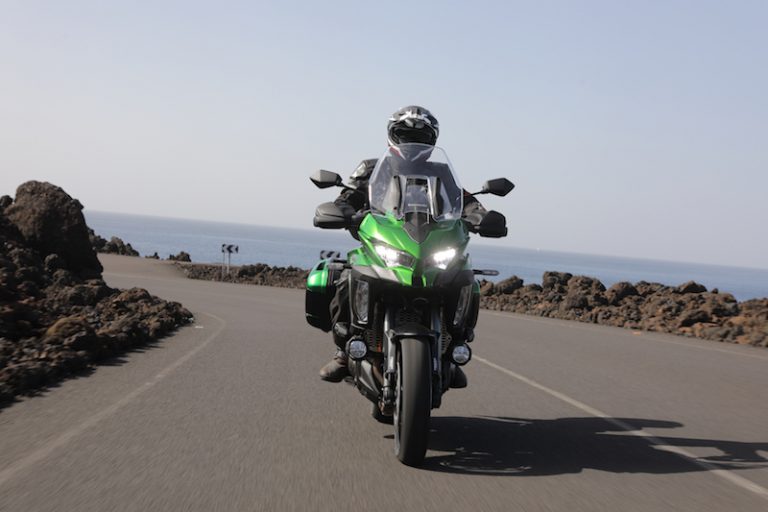 You have to admire Kawasaki. While other mainstream motorcycle manufacturers in the world are falling over themselves to capitalise on the seemingly inexhaustible enthusiasm for adventure bikes, the guys in green have, up to now resisted the temptation with a determination that would have shamed Oscar Wilde.  So, would the launch of the 2019 Kawasaki Versys 1000 signal the moment the company lost its nerve and followed the herd, or would it keep its resolve?

Well the answer is both yes and no. While the new bike is not substantially changed in terms of its basic design, the new ‘Adventure Calling’ tag line and beautiful video shot on location in Morocco suggests that at least someone in the marketing department has acknowledged the importance of the sector and indeed the importance of aligning the new bike to the zeitgeist of the motorcycle market.

So, what’s changed? With the last refresh of the Kawasaki Versys 1000 coming way back in 2015, it was clear that both the market, and the available technology, had moved on considerably in the intervening five years. Kawasaki has responded with not only a substantial upgrade and facelift but, perhaps more significantly, a massive input of technology to the 2019 bike (as revealed at Eicma in 2018), from traction control to electronically adjusted suspension, lean-sensitive ABS to selectable riding modes.

Hell, there’s even a brand new Rideology App that allows you to adjust your bike’s performance and handling on your phone from the comfort of your living room. It’s like the future arrived all in one go!

At the heart of the Kawasaki Versys 1000, the 1043cc engine has not actually been changed much at all, but clearly with the tuning and electronic tech on board, the way it performs can now be varied at the swipe of a finger. That said, the Versys has never been a class leader in the performance stakes, and with a little under 120 bhp on tap, there is certainly a gap between this and the 160-odd ponies on offer from the likes of the Multistrada 1200 or the BMWS1000XR. 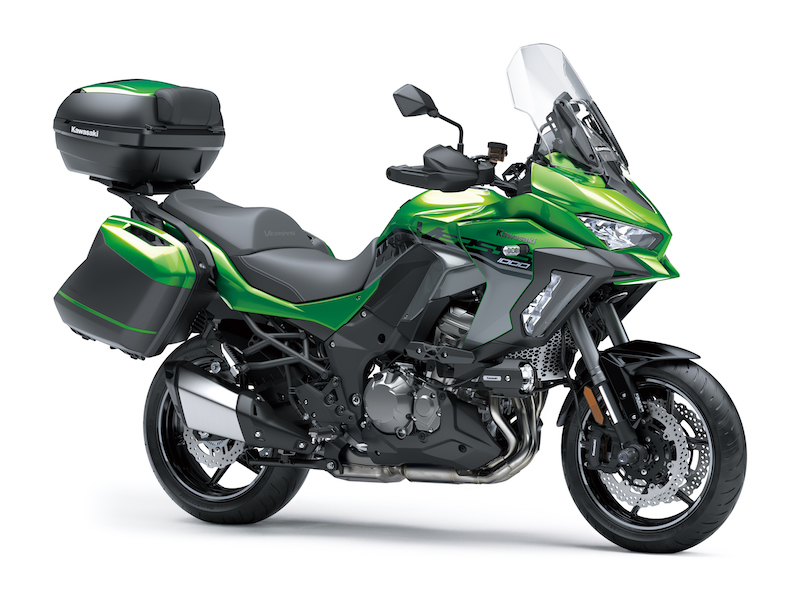 Yet those figures alone don’t define a motorcycle, and the wonderful, almost turbine-smooth way the Versys delivers its power makes it just as enjoyable, just in an entirely different way. Click the bike into Sport mode and open the throttle and the landscape will blur as quickly as you can tap the quick shifter through the box. You’d have to be a very dour person not to love how effortless the new Versys feels on the road.

What you may not love however, is the distinctive look of the Versys. From the twin peaks thrusting out of the front of the nose cone and the jagged, multi-layered panels on the flanks, to the narrow, slanted headlight and gaping central air intake, the Versys seems to be 50% Praying Mantis, 50% Predator and a full 100% like no other bike on the market.

That’s not a bad thing though, and with the design of the new bike focussing both on optimum aerodynamics and improved downforce at the front of the bike, that individual look makes the bike incredibly stable and planted at whatever speeds you choose. But beautiful? Maybe not.

The bike we tested was the top of the range Kawasaki Versys 1000 SE Grand Tourer with all the bells and whistles, which will roll out of the showrooms at a smidge over £16,000. If that’s a bit steep for the budget or you’re happy to forgo some the electronic trickery, the base model comes in at a paltry £11,342. 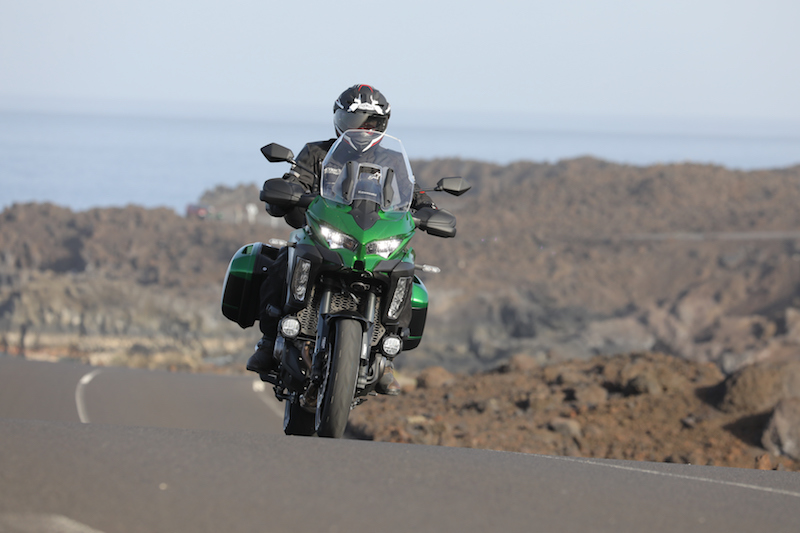 You still get the same buttery-smooth motor, the fly-by-wire throttle, the electronic throttle valves, the uprated forks from the ZX10R SE and the massively powerful radial brakes from the Z1000, but you miss out on the electronic suspension, the heated grips, the selectable riding modes, the TFT screen, the Bluetooth connectivity, the cornering lights… You pays your money, you takes your choice.

With Kawasaki picking the two islands of Lanzarote and Fuerteventura for the launch location, the Versys had the chance to shine on fantastically smooth and refreshingly uncluttered roads, and this is exactly where the bike is at its best. Over the seven years since the bike was introduced, the Versys 1000 has steadily built a strong following as a rock-solid bike with impeccable road manners.

The changes in 2015 took the bike up a level, and the 2019 model raises the bar once again. From the 17-inch wheels equipped with nicely predictable Bridgestone tyres, to the wonderfully plush electronic suspension, the tall screen to the comfortable stepped seat and wide bars, this is a bike that is designed to cover massive distances in style and comfort and ticks both of those boxes. 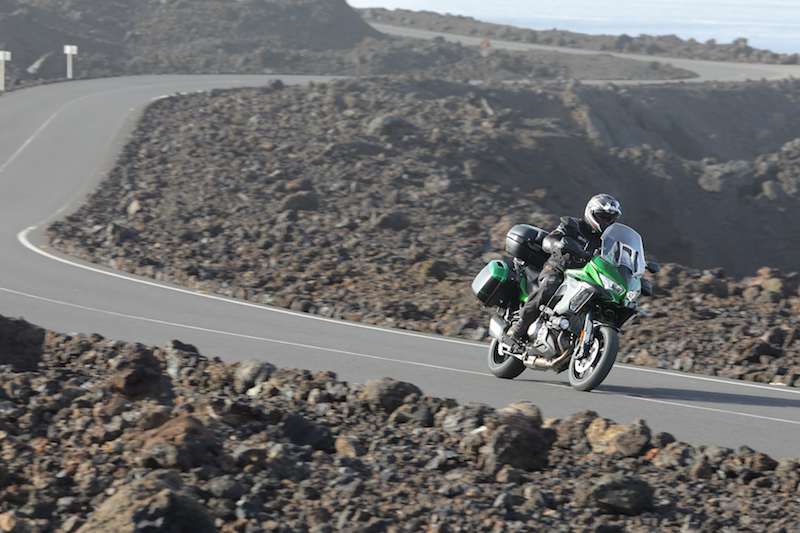 The Kawasaki Versys 1000 has a justifiable reputation for being a great road bike, and with the changes to the 2019 model, Kawasaki has kept its focus and nerve. Adventure might be calling, but it’s calling from the end of sweeping and fast stretch of tarmac.