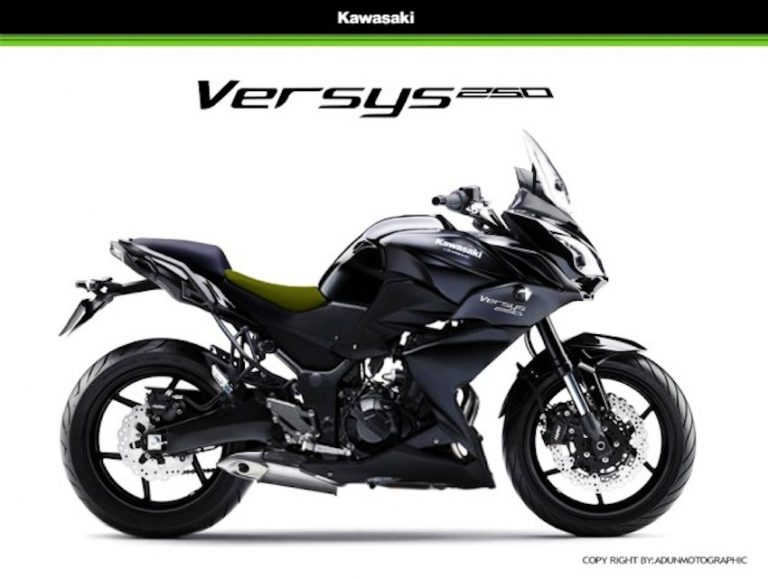 When the Honda Africa Twin was revealed many people were understandably excited, but there were those who also began to question why manufacturers chased horsepower and technology rather than creating a smaller, simpler machine. Well, with rumours suggesting that a new Kawasaki Versys 250 and Suzuki V-Strom 250 might be on the way, could we be seeing a shift in ideology among manufacturers?

It is believed that Kawasaki’s rumoured mini adventure-tourer will be much like the Versys 650, only with a smaller engine and there has been a render circulating Asian websites showing what the machine may look like. As you would imagine, it borrows significantly from its older brothers and comes with twin headlights, a more substantial, lower fairing and an underbelly exhaust.

Reports suggest that the engine will be very similar to that which is found in Kawasaki’s Z250 and Ninja 250. If that is the case then we would expect a 249cc, liquid-cooled, fuel-injected, twin cylinder engine.

Less is known with regards to the Suzuki, but it is thought that it will borrow liberally from the insides of the Inazuma 250 and reports in Japan suggest it may even adopt ‘G-Strom’ as a name instead of ‘V-Strom’, perhaps because of the move away from the V-twin engine.

While neither bike has been confirmed by the respective manufacturer, if it were to happen it would certainly prove to be a progressive move in the market. Especially for those who are new to adventure motorcycling and are not wanting to go straight to a high-powered adventure bike. Will it prove to be the answer to those who grow disgruntled with the excessive technology and power that often accompanies new machines? Probably not. But it’s never a bad thing to see more adventurous souls on the roads.