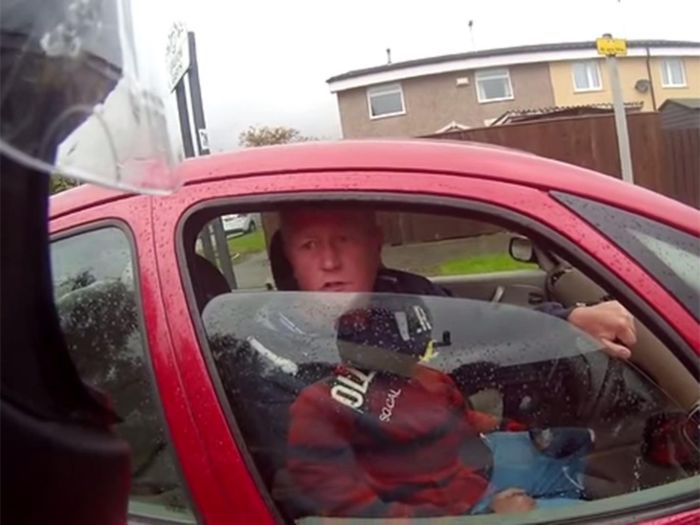 Do you know who Ronnie Pickering is? No? Really? Well you will now! Ronnie Pickering was just a normal bloke driving a Citroen Picasso through town. That is, until he gets overtaken by a moped while waiting at a roundabout ‒ then he goes absolutely mental in one of the most extreme fits of road rage we’ve ever seen.

The incident was filmed by the motorcyclist’s helmet cam and has since made its way onto YouTube and just about every news organisation and social media platform in the UK, and we can understand why. Excessive honking of the horn was followed by expletive after expletive and the now infamous line, “Do you know who I am?”

Of course, the moped rider had no idea and it seemed to only infuriate Mr Pickering further ‒ to the point where he was even demanding a bare knuckle fight! Watch the footage below and then let us know if you’ve ever experienced anything like this by dropping in on Facebook or Twitter.

Pickering has since spoken out about the incident and told the Hull Daily Mail: “I’d like to apologise for my outburst. He really got to me. I am not an aggressive guy. He was baiting me so I thought I would give him a few of my thoughts.”

“I heard a tap, which I thought was the driver using his boot to hit my car. I don’t know why he did this. He overtook a load of cars that was queuing. He encroached into my safety gap. I was wanting to turn right, but he wouldn’t go. I felt as though he was baiting me.”

Well, it certainly looks like the ‘bait’ was bitten…