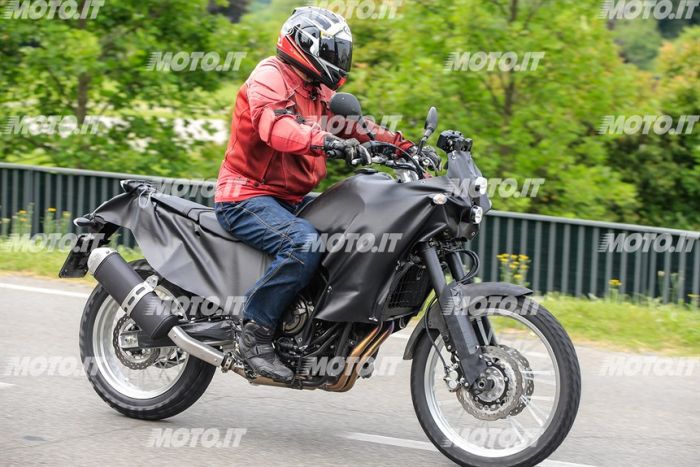 Excitement is brewing here in the ABR office, as spy shots of the upcoming Yamaha Tenere 700 adventure bike have emerged on Moto.it, premature to its introduction later this year.

Although we can’t see much of the bike, because it’s wearing what looks like some sort of leather fetish suit, these spy shots clearly suggest that Yamaha are nearing production, and this makes us just itch with anticipation. 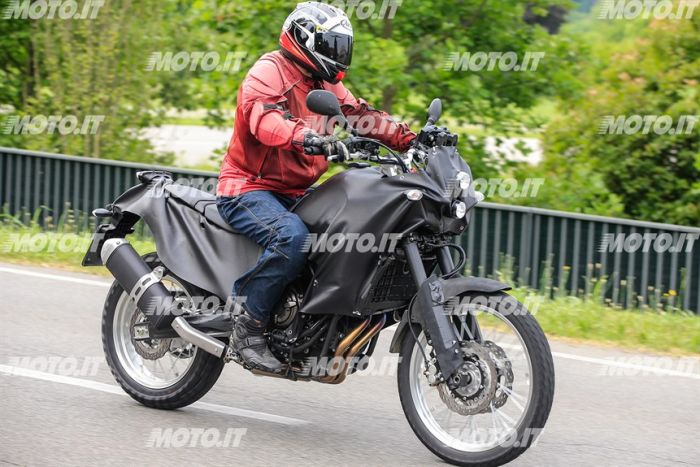 Last year, Yamaha showed off the T7 concept at EICMA in Milan, deeming it a vision of the ideal adventure machine, with the perfect balance between road and off-road capability. This gnarly enduro beast boasted Pirelli Scorpion MT90 sport tyres, a high specification KYB front suspension, upright handlebars, an aluminium fuel tank, a carbon fairing and skidplate, and a custom made Akrapovič exhaust. Damn, it had some serious attitude. 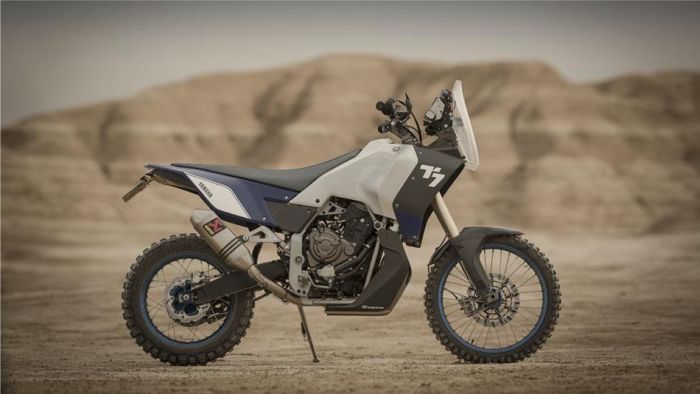 The new Tenere is believed to be named the XT700Z, and Yamaha have been throwing hints around that the bike itself will be much lighter and smaller, which will make for a better off-road machine, and it is also rumoured to be launching at an affordable price (fingers crossed).

>>>: Is the Yamaha T7 the most hotly anticipated adventure bike of the decade?

From what we can see in these spy shots, the new Tenere looks to have a large juice tank, an aluminium swingarm, large off-road wheels, a simple subframe, and pillion seating. We’re super excited to see the finished bike. 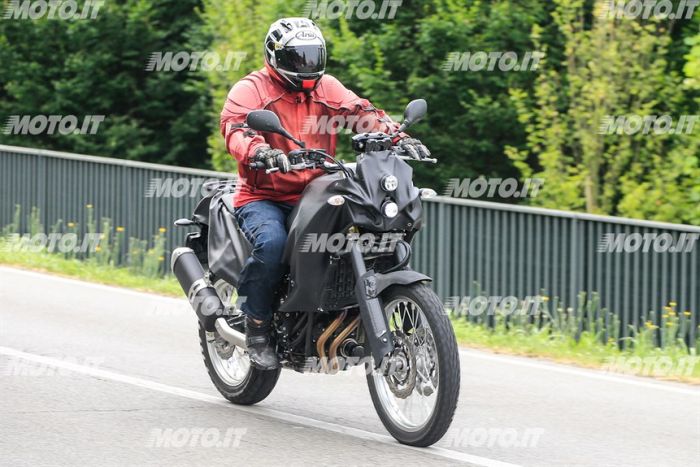 The release date for the new Tenere is set for November 2017. As ever, we’ll keep you in the loop when we know more.