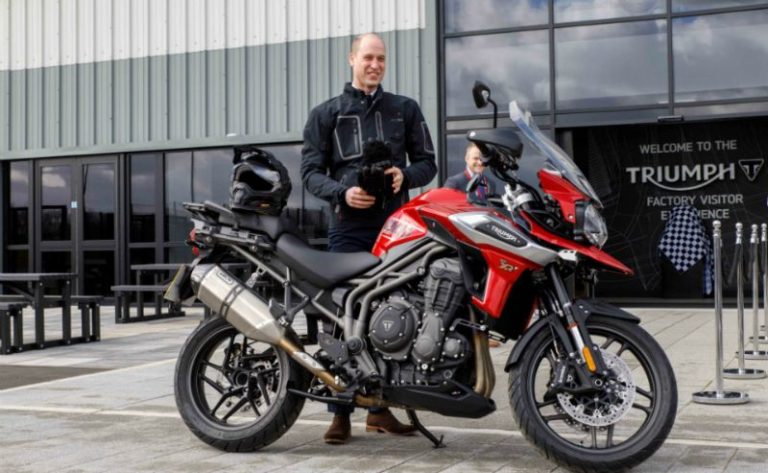 Prince William the Duke of Cambridge, officially opened the visitor experience centre at the Triumph headquarters in Hinckley yesterday, and while he was there, took the delicious new Triumph Tiger 1200 out for a spin on the factory premises.

The Duke helps place a badge on one of the bikes in production. @UKTriumph is the largest British motorcycle manufacturer and its assembly line in Leicestershire builds around 67,000 bikes per year. pic.twitter.com/OWffTNjcqR

The Duke was given a tour of the factory by CEO Nick Bloor and was walked through the assembly line, where he met the technicians and apprentices who work there, and also fixed a Triumph badge onto the engine of one of the new Tiger 1200s. I wonder who’s going to unknowingly buy that particular machine!? 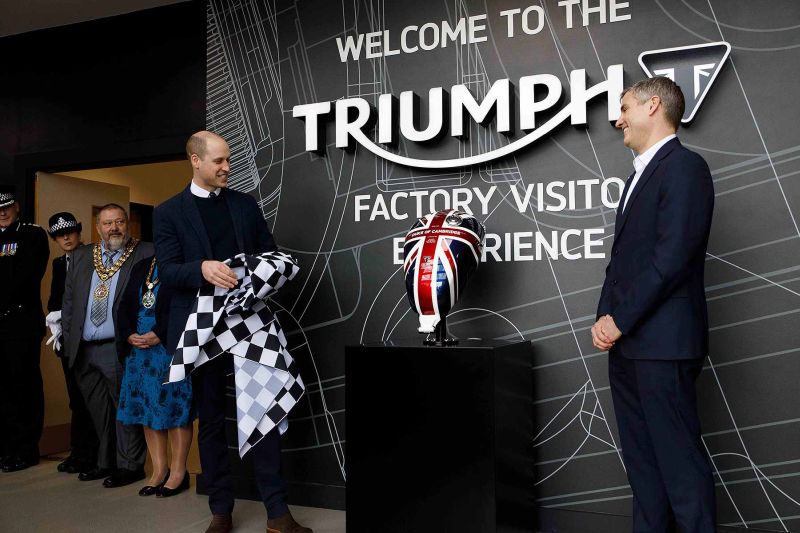 Being an avid motorcycle fan, who has owned more than a couple of motorcycles in the past, the Duke’s face beamed (pictured in the header photo of this article) as he took off his helmet and gloves after taking a beautiful the new red Triumph Tiger 1200 out for a spin in the factory’s premises. I tell ‘ya what, I’d probably have a big fat smile on my face too.

“It was a delight to welcome His Royal Highness to Hinckley,” said Triumph CEO Nick Bloor. “Thanks to the dedication and hard work of everyone at Triumph, our export business continues to grow and our outstanding design engineering team, in which we have invested heavily in recent years, is producing a stream of exciting motorcycles that captures the imaginations of riders all over the world.”

Is anyone hoping to visit the new Triumph visitor experience centre in Hinckley? Let me know in the comments section below. You can also find out more about the experience by heading over to the Triumph website.