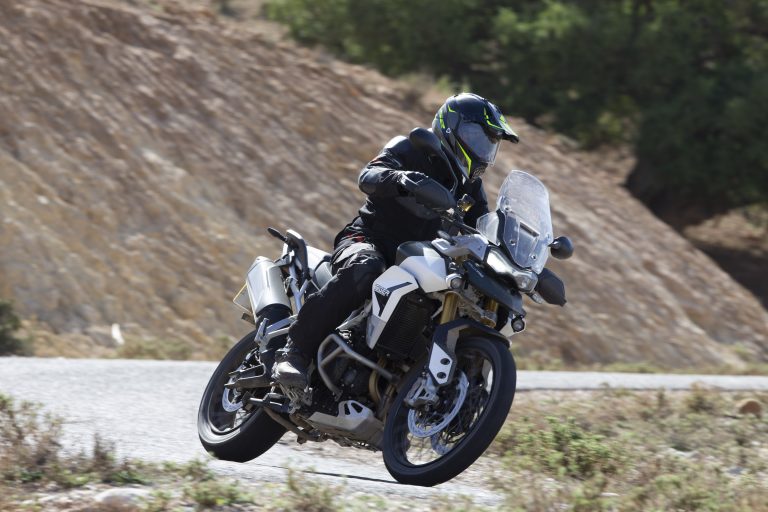 My father-in-law often used to tell me that you should always try to pick your battles. There are some that you can win, some you are likely to lose and it’s usually best to concentrate your efforts on the former than the latter. And in terms of the adventure bike industry, it seems that the current battle being fought in the showrooms across the world is for the increasingly lucrative mid-sized bike market.

Arguably this could be because in terms of the big capacity market BMW have things quite so sewn up that battling against their dominance is perhaps one of those un-winnable battles, but for whatever reasons the mid-capacity sector is awash with new models, new tech and some truly exceptional motorcycles. 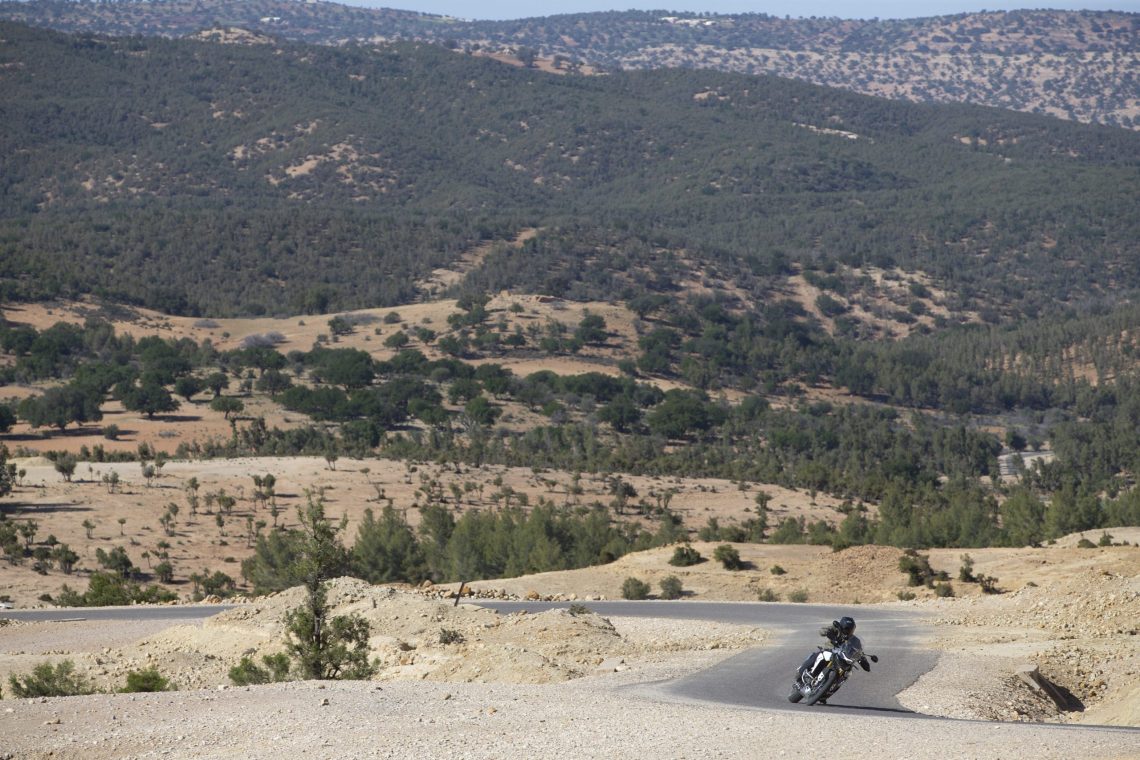 The battle for the middle-weight crown

KTM have come in strong with an off-road focussed duo dripping with expensive technical wizardry and ground breaking adventure potential, whereas Yamaha have gone the complete other direction with a low tech, bargain basement priced bike that punches way above it’s weight.

Ducati have transferred all their best technological advances directly from the 1260 Multistrada to the 950, BMW continue to raise the bar on their supremely competent F 850 and Honda with their raft of new electronics and capacity hike have almost elevated the Africa Twin out of the mid-range sector altogether towards the high ground dominated by the mighty GS.

So, it’s against this backdrop of a very competitive and lucrative market that Triumph have released the all-new and improved Triumph Tiger 900. It’s a measure of how important the sector is that the outgoing 800 only had a substantial revamp two years ago, and yet for 2020 the Tiger has been completely redesigned from the ground up to meet, and hopefully beat, the competition.

Triumph have sold over 85,000 Tigers since the launch of 800 back in 2010, with the bike going through three different incarnations in the intervening ten years, and in that time the bike has inspired an almost religious following from owners across the globe. The 900 has some big shoes to fill… 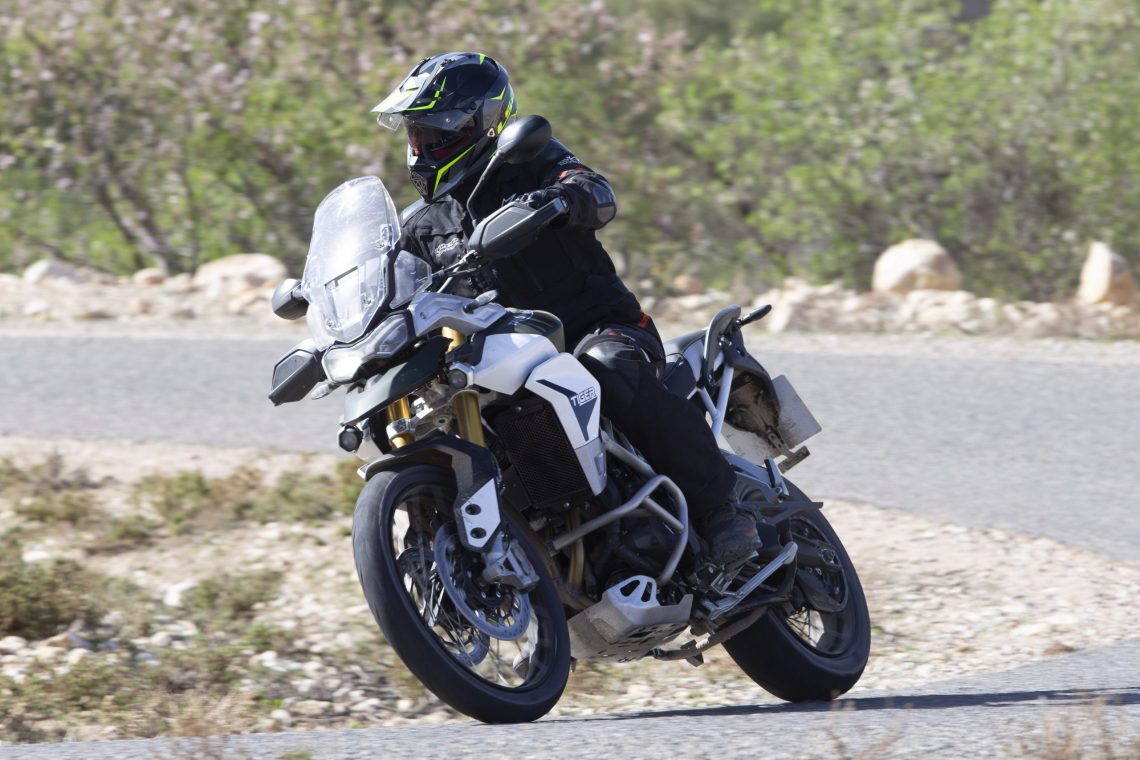 The new and improved Tiger

There are six new versions to choose from – the Tiger, low seat version Tiger, Tiger GT, Tiger GT Pro, Tiger Rally and Tiger Rally Pro – with the Pro version clearly having the most bells and whistles. Prices go from a pocket friendly £9,000 up to a smidge over £13,000 for the fully loaded Rally Pro, with plenty of accessory options to further stretch the purse strings.

At the heart of the new bike, the biggest change is the new engine. Meeting an almost impossible design brief, the Hinkley engineers have somehow managed to give the bike more capacity, more torque and more power while making the engine shorter, more compact and a staggering 2.5kg lighter than the 800.

If that weren’t enough, they’ve also introduced a new firing order and firing interval thanks to a unique T plane crank. In technical terms, that means the cylinders fire in a 1,3,2 order rather than 1,2,3, and the T plane means cylinders 1 and 3 fire close together with a longer interval to cylinder 2.

This gives improved tractability, better off road feel and better rider connection. In layman’s language, it makes the triple motor sound and feel far more like a twin in the lower rev range while maintaining much of the triple feel at higher revs. The new bike sounds great at whatever revs, hell – it’s even got rid of the ‘Tiger whistle’! 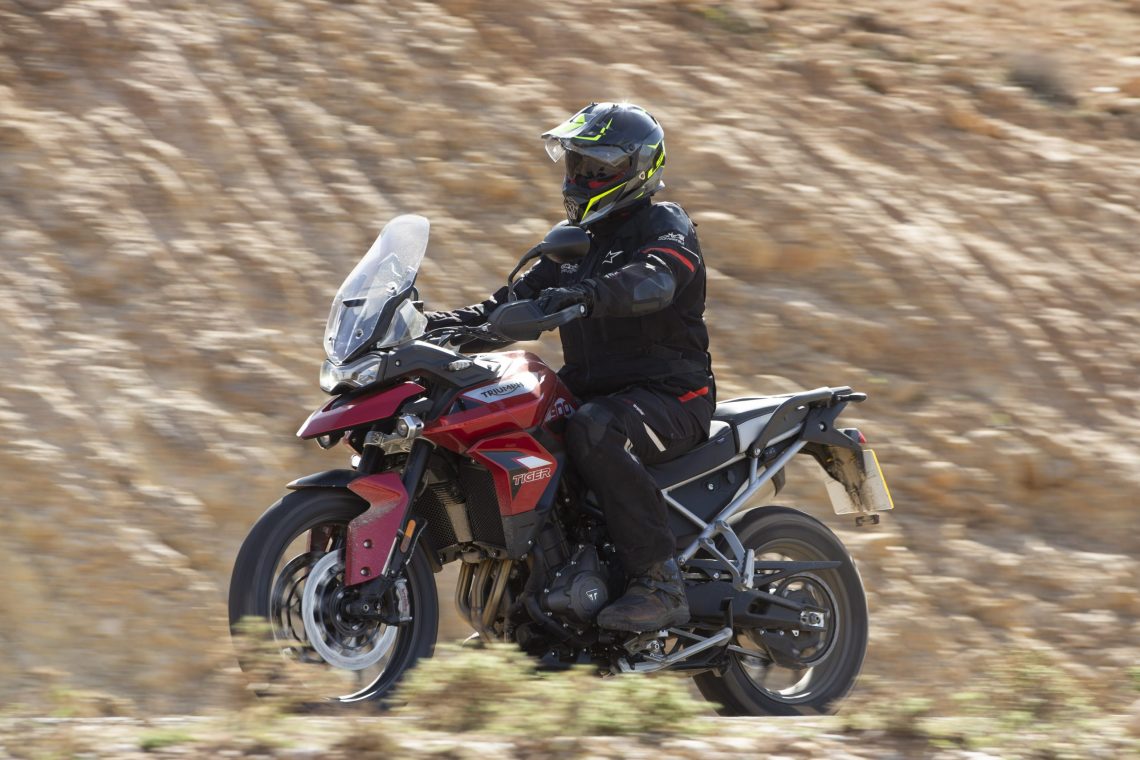 The rest of the bike

In terms of the rest of the bike, the new engine is surrounded by a new lightweight modular frame with a bolt on removable subframe, with the whole thing another 5kg lighter than the 800 and allied to the new engine has given the bike a massive improvement in both balance and agility.

For the suspension, the road based models get Marzocchi equipment back and front and around 170mm of travel with electronic control of the rear shock on the GT Pro, whereas the Rally versions get the benefit of 45mm Showa forks up front and a Showa shock with linkage, delivering 240mm and 230mm travel respectively – that’s massive!

There’s new aggressively styled bodywork to dress the new frame, with a slimmer profile tank that has had a capacity hike to 20 litres that should be good for 200 miles or so. The height adjustable seat – significantly lower on the non-Rally versions – is narrower too, making handling both on and off the blacktop far easier.

Triumph have done a lot of listening to their customers for this bike and it shows – from the improved riding position to the little padded charging pocket for your phone under the seat. Even if the new headlight looks straight out of Angry Birds …. 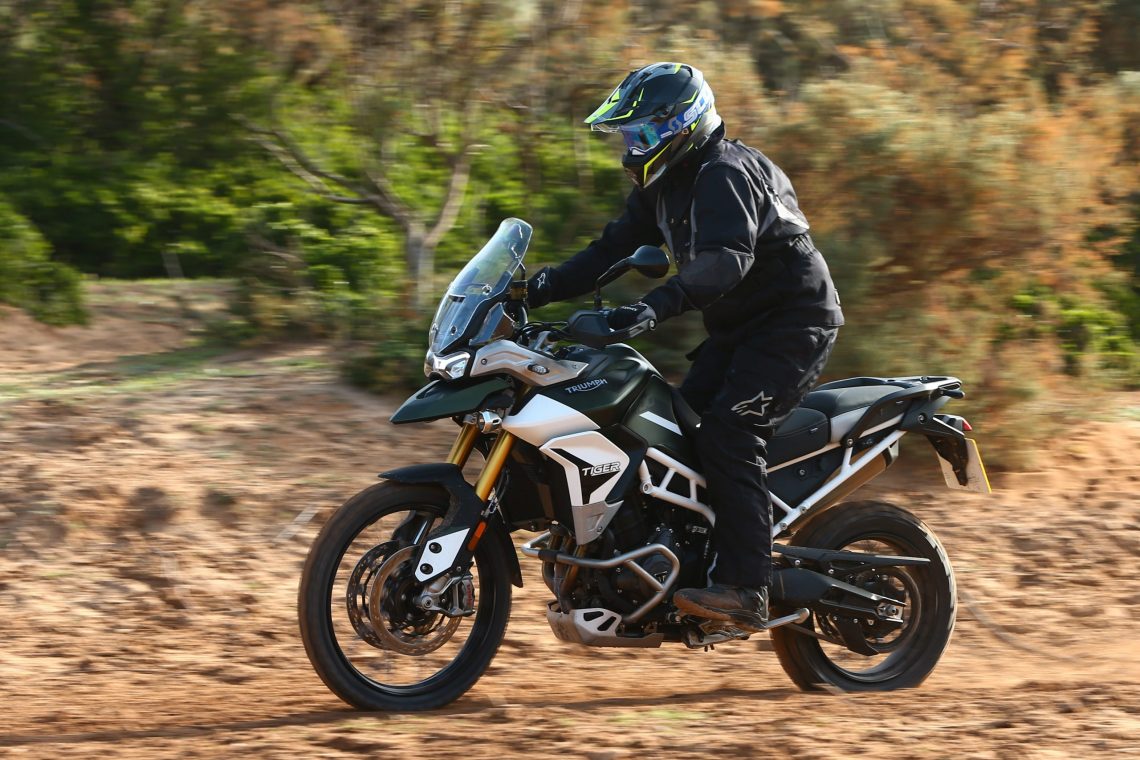 So, that brings us to the electronics, and the Tiger now features the biggest TFT screen on any adventure bike, the 7-inch behemoth is controlled by much the same switchgear as the outgoing 800, but the displays and levels of information has been optimised, tweaked and generally made pretty.

The level of electronic trickery will depend on the model spec you chose, so on a stock bike you only get two rider modes compared to six on the Pro, and things like cruise control, heated grips and seats, quick shifter are similarly price/model dependant. You pays your money…

You can read the full test of the Rally Pro here, but we’re happy to confirm that the new 900 is a significant and genuine step forward for the Tiger. It looks great, it rides great and that sound… Damn!