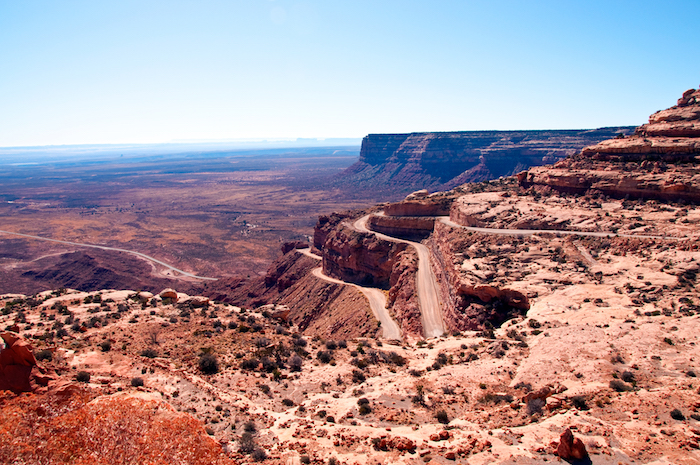 With expansive roads and glorious landscapes, North America is very much a motorcyclist’s dream.

A while back, ABR released an article listing seven roads to ride in America before you die. After sharing the article on Facebook, we were inundated with responses from fellow riders, who listed their favourites that hadn’t made the cut.

So, though we’ll never have a definitive list, we’ve compiled your replies to create a list of even more epic roads from across the pond that every motorcyclist should ride in his or her lifetime.

Winding over the spine of the Appalachian Mountains for around 470 miles, the Blue Ridge Parkway is a gateway to an incredible outdoor adventure and close-up views of the rugged mountains.

The Parkway runs through counties in Virginia and North Carolina, but mostly along Blue Ridge – a major mountain chain that’s part of the Appalachian Mountains. It has been nicknamed ‘America’s Favourite Drive’ and it connects Shenandoah National Park at its northern end and the Great Smoky Mountains National Park at its southern end.

Blue Ridge Parkway is a long, meandering, and beautiful ride across the highest ridge tops of the mountains. 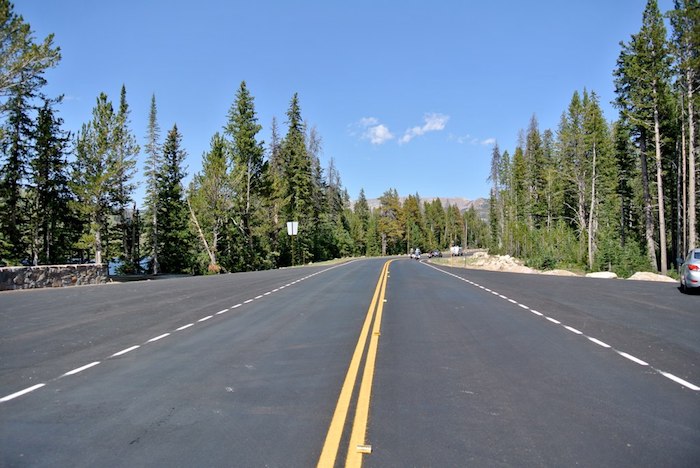 Beartooth Highway, otherwise known as the Beartooth, is located on a section of Route 212 and is the highest paved highway in the Northern Rocky Mountains. It begins just south of Red Lodge, Montana, at an elevation of around 1,950m and ends near the Northeast Entrance to Yellowstone National Park in Wyoming.

It climbs about 1,525m through shore pine forests, leading you and your two-wheels through an enchanting world of alpine lakes, soaring peaks and cirques. With such incredible scenery, the Beartooth Highway is a truly exhilarating ride. 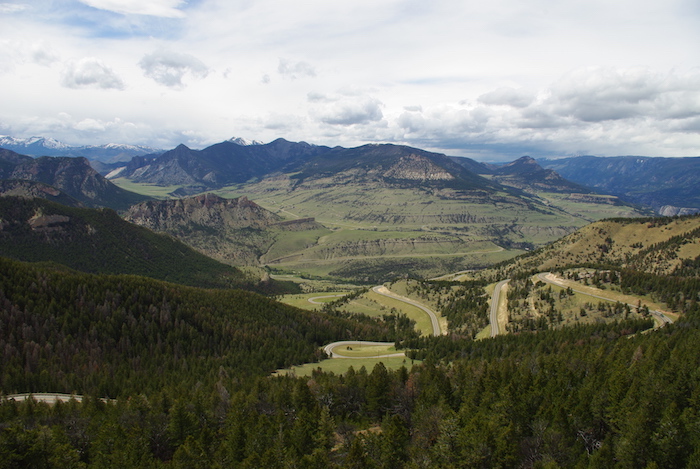 This 46-mile route can be ridden in conjunction with the Beartooth Highway. It crosses the Shoshone National Forest through the Beartooth Mountains to the Clarks Fork Valley.

During the route, bikers will traverse the Dead Indian Pass, which has an elevation of around 2,450 metres, as well as circling a series of scenic valleys, forested mountains and bases of towering cliffs. In addition to natural beauty, the route includes two intense sections of switchbacks that you’ll want to do more than once. There are several sheer drop-offs and a handful of tight corners that demand concentration, but in return offer serious thrills. 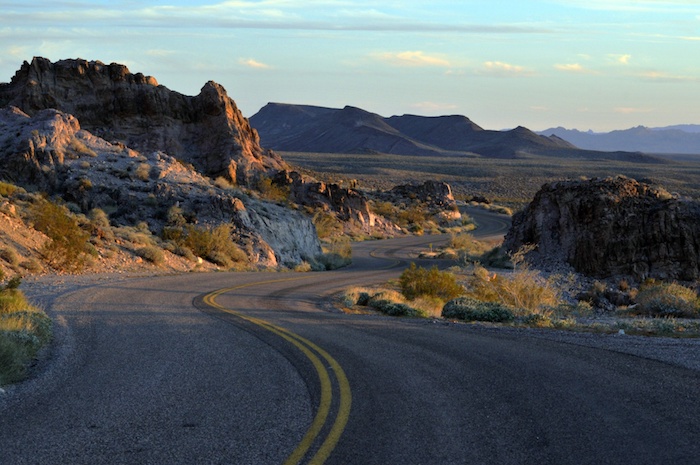 Running through the San Gabriel Mountains in Los Angeles County, California, and all the way through the Angeles National Forest is the LA Crest Highway. For 66 miles, twisting tarmac leads motorcyclists through picturesque landscapes made up of jagged mountain peaks.

The views, which are breathtaking in the summer, can be equally stunning when dusted in snow in the wintertime. The route’s sprawling mountain vistas make this a thrilling ride. 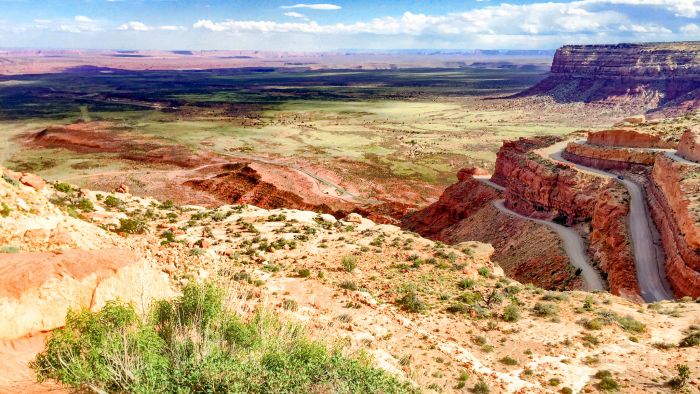 The Moki Dugway is a graded dirt switchback road that descends 365 metres from the top of Cedar Mesa. You’ll find the route on State Road 261, just northwest of the Valley of the Gods.

What makes this road a real winner is the combination of gnarly twists and turns and breathtaking views of the Valley of the Gods and the distant Monument Valley. If you decide to travel up the Dugway, then you need to stop at Muley Point for a panorama of the Goosenecks State Park and the vast, sweeping desert valley below.

In the far reaches of Nova Scotia, on the island of Cape Breton, is the scenic riding-route named the Cabot Trail. This sinuous road hugs the island’s shoreline for 185 miles, and has been compared to the Big Sur in California with its spectacular rock formations and sweeping coastal views.

The route guides riders through heritage townsites and quaint fishing villages (which, by the way, are great for a seafood feast) and then, as if suddenly, gone are the streets lined with shops and you’re surrounded by forests and pristine lakes.

You can choose to do the Cabot Trail clockwise or anticlockwise, or, to fully take in the beauty surrounding the road, many people suggest doing both.

As motorcyclists, our thirst for the next ride is never quenched, and North America has an abundance of great roads. If you think you can name some more, drop us a message in the comments section below, or on our Facebook and Twitter pages.