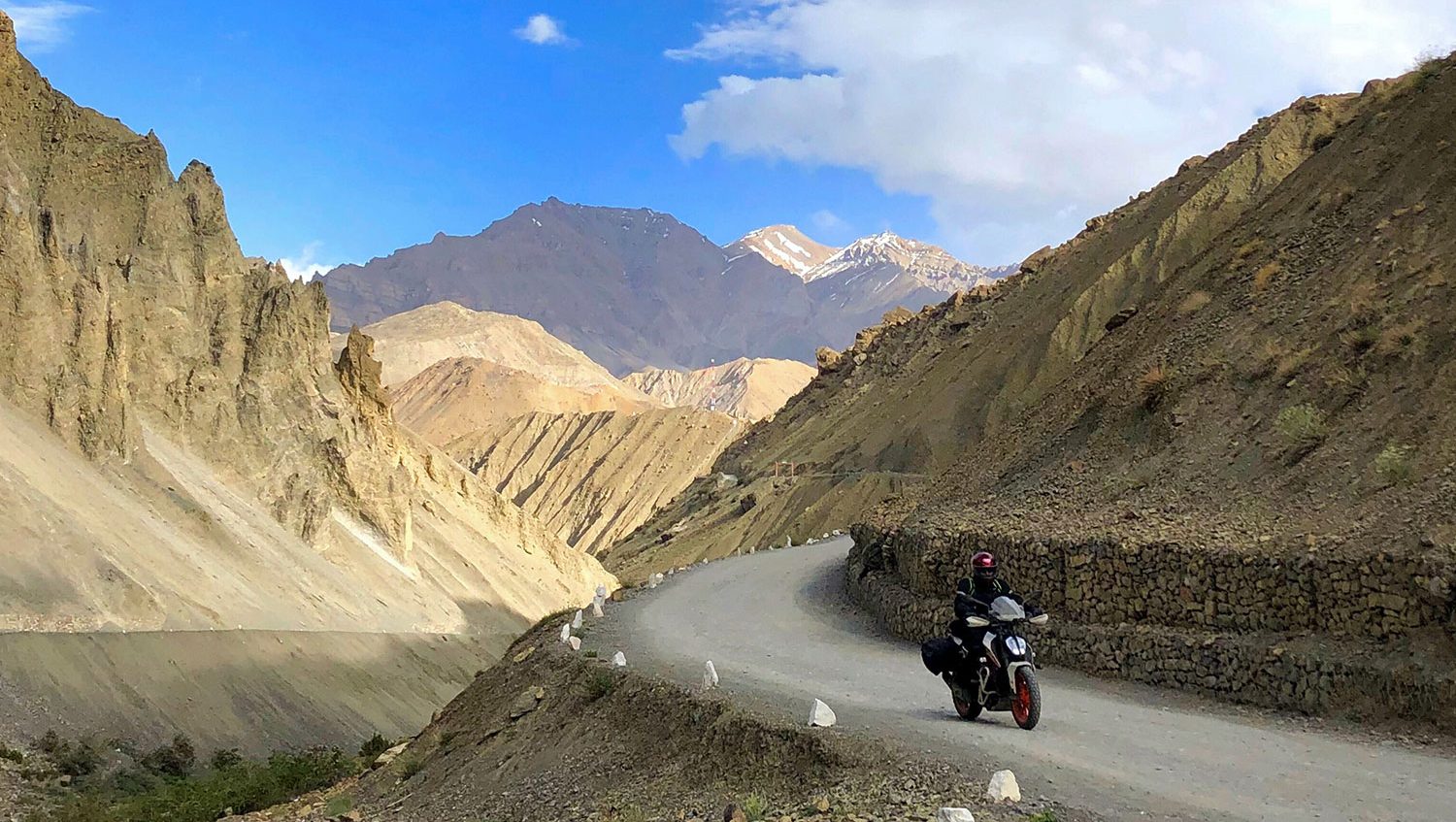 Watch: A 7 day trip motorcycling through the Himalayas

Embarking on an adventure of a lifetime doesn’t necessarily mean you have to sell all your worldly belongings and head off into the unknown for six months.

Don’t believe me? Then take a look at this video from ABR contributor Phil which shows him and a group of mates motorcycling through the Himalayas over the course of just seven thrilling days. It certainly proves you can fit in a tour of one of the world’s most adventurous destinations during your regular allowance of annual leave.

Motorcycling through the Himalayas

Phil’s video is the perfect inspiration for taking a short trip away on two wheels.  Hearing his mate’s talking about the trip throughout reminds me of the video-diaries from the Long Way Round. The impressive camera work provides an immersive experience, making me feel as if I’m on the bike myself as it cuts from hectic city riding to gnarly trails through plenty of awe-inspiring scenery.

Starting in Kathmandu, the group’s first experience of riding in Nepal makes a commute through rush-hour London look tame in comparison. Hundreds of bikes, buses and trucks battle for a place on the road, but soon the group is out into the Nepalese countryside, with snow-capped peaks visible on the horizon. Tarmac quickly gives way to dirt and the rented dual-sport motorcycles look like the right choice on some rough but fun looking trails.

Not all plain sailing

It’s not all plain sailing though as the group find themselves in less-than-perfect accommodation, including one hotel room with mould all over the walls and a family of spiders living in the shower. But that’s all part of the adventure, right? All is swiftly forgotten though as the next day they’re back out exploring valleys and villages dotted around the foothills of the Himalayas.

One of the group, Sam, also has a slight off, hurting his ankle in the process. He soldiers on as the group tackle more stunning riding. Sadly the adventure comes to an end and they re-join the manic streets of Kathmandu after a week on the road, no doubt wishing they could turn around and do it all again.

It certainly has me in the mood to head out to the Himalayas, rent a motorcycle and get lost in those valleys. And if it’s doable in seven days, I don’t really have an excuse not to. Check out Phil’s brilliant video below…

If you have a video you’d like us to feature, email me at ollie@adventurebikerider.com.