4 jaw-dropping roads in the Himalayas for bikers 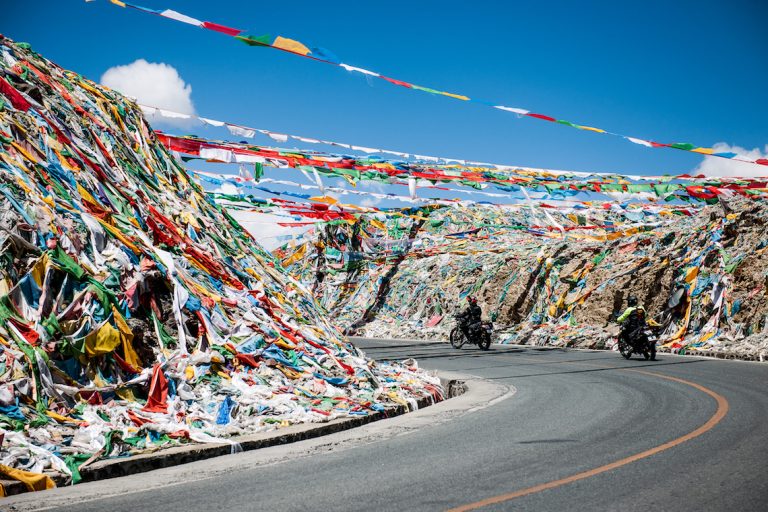 If you’re a biker looking to travel through the world’s most dramatic mountainous landscape, there are few places better to visit than the Himalayas.

A vast mountain range in Asia, it stretches through five countries, Bhutan, China, Nepal, India, and Pakistan, and is home to some of the world’s tallest peaks, including the highest of them all, Mount Everest. While these alluring summits attract flocks of climbers each year, there’s also plenty of action for us bikers too.

Much like the surrounding scenery, the riding here is spectacular. Hidden in the plunging valleys and rolling foothills of the mountains are rough, unpaved balcony roads and stretches of perfect tarmac that wriggle and writhe through the landscape like a snake caught in a bag.

It’s certainly one for your biking bucket list, but visiting a region so different from what we’re used to at home can be intimidating. If you’re looking to make your dream of riding in the Himalayas a reality you may want to turn to a local guide for some help.

That’s why we’ve teamed up with Nomadic Knights, a local motorcycle tour operator based in India, to discover some of the the best riding to be had in the region with these four handpicked roads in the Himalayas that a visiting adventure biker needs to ride. 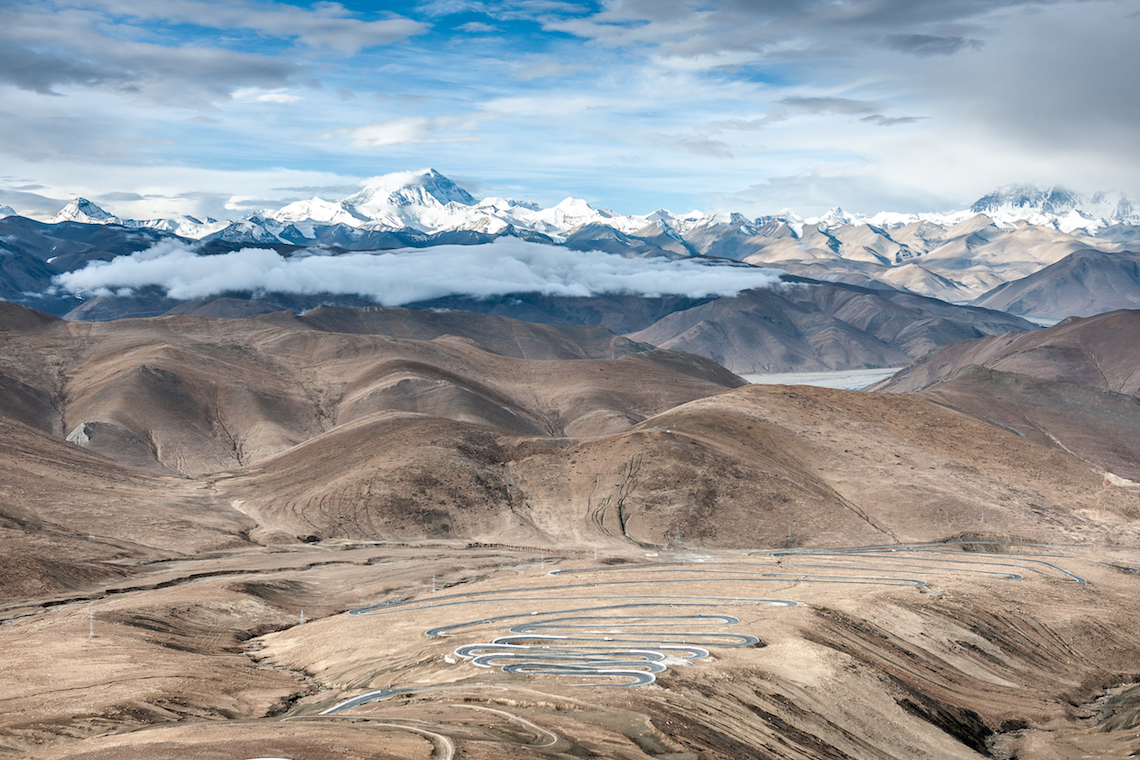 Travelling to the base of Mount Everest, or even just seeing the towering mountain in with your own eyes, has long been one of the ultimate bucket list experiences for any adventurous soul.

Happily, for bikers looking to combine their love of two wheels with a trip to the mountain, it has become a little easier since 2015 thanks to the paving of the Zhufeng Road, also known as the Everest Road. And boy, is it a beauty.

This stunning stretch of asphalt will take you right up to Everest’s North Base Camp in Tibet, amid some of the tightest switchbacks you’ll ever experience and the most awe-inspiring scenery you can imagine. Just look at it in the photo above.

Those views aren’t the only thing to leave two-wheeled travellers breathless either, as the road tops out at a lung-busting 5,200m above sea level. To put that into perspective, that’s almost 400m higher than the summit of Mont Blanc, the tallest mountain in Western Europe.

Read more about the ride to Everest Base Camp here, or check out Nomadic Knights’ two-wheeled tour to the base of the world’s tallest mountain to ride it for yourself. 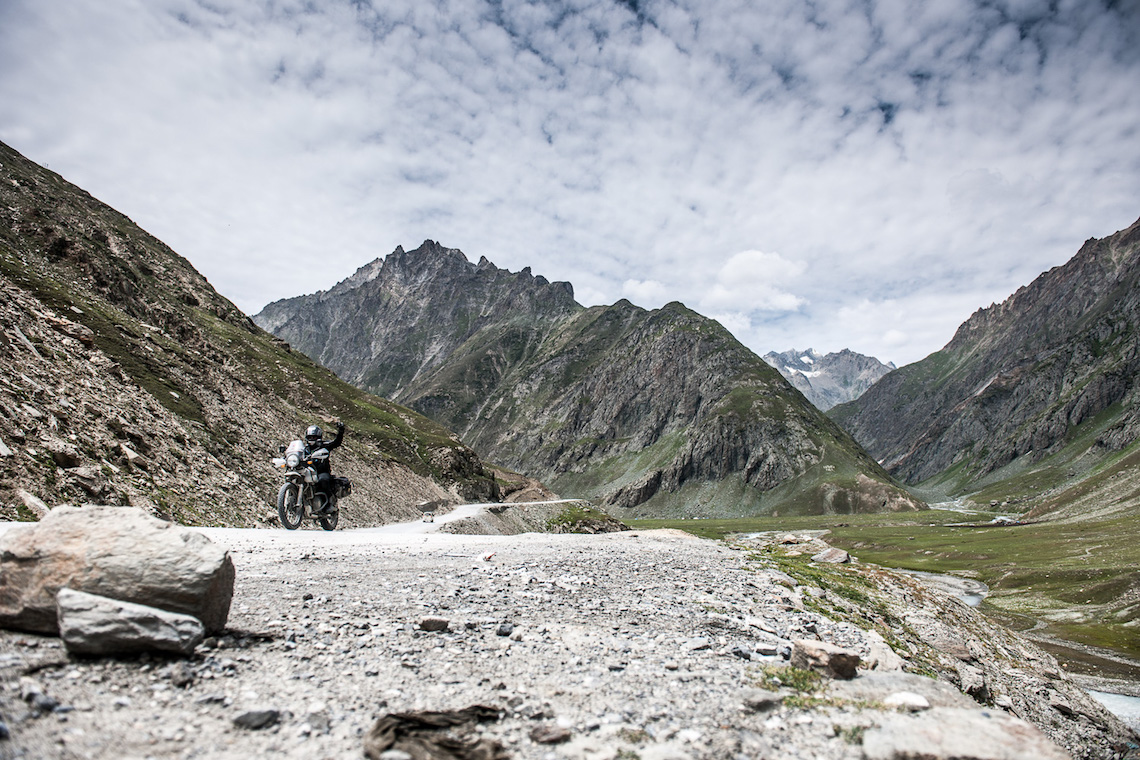 Zoji La is a pulse-raising pass nestled in the towering Kashmir Valley. Situated at 3,528m above sea level, this near-six mile road is considered a lifeline for the sparsely inhabited mountainous province of Ladakh, which lies further inland in the valley.

However, despite the importance of the trail to the residents of the region, this is no highway. The track is unpaved and extremely narrow, making it a difficult ride at the best of times.

Add in plenty of traffic, including large trucks that expect bikers to skirt around them, often within feet of sheer drop offs, and you have a ride that will live long in the memory of anyone brave enough to take it on.

The rewards are worth it though. Stunning views and the triumph of conquering one of the most infamous roads in the region lie at the end. Just don’t look down… 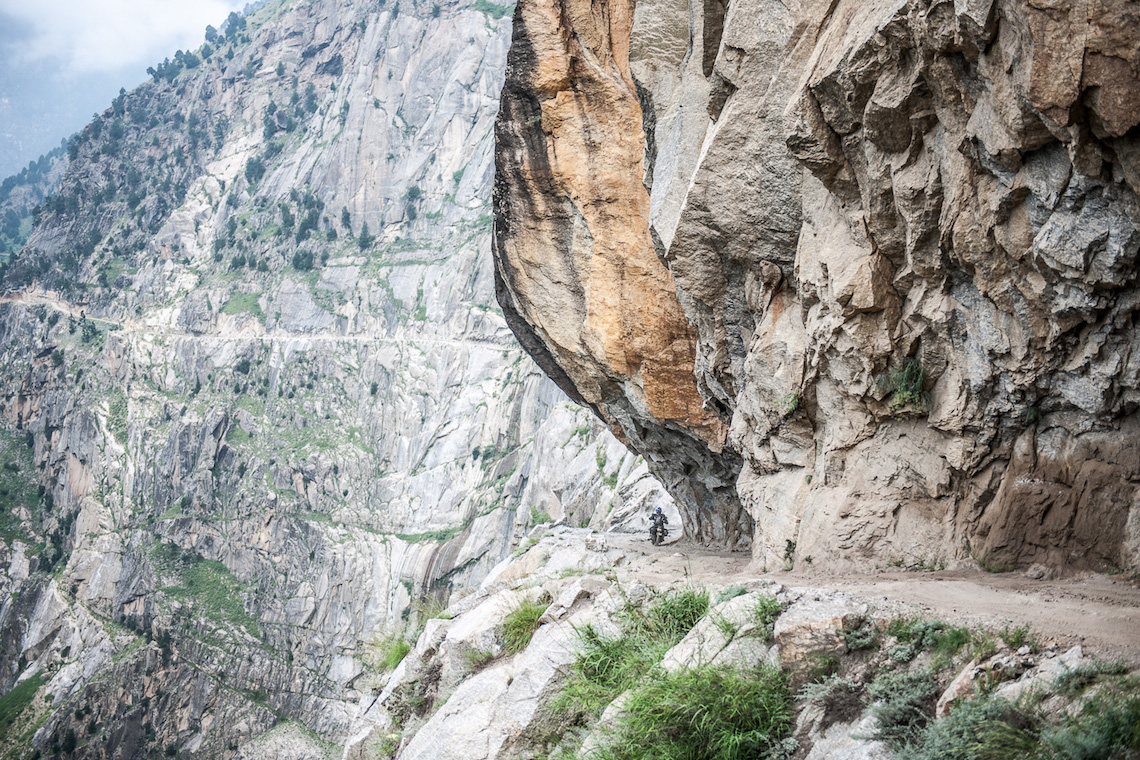 Carved into the side of a cliff face in the Kashmir Valley in India is The Cliffhanger. While the name may be more akin to a theme park ride that you’d take the kids on, the road itself is anything but a fun day out at the local fair.

Running along the walls of the valley for almost 100 miles, The Cliffhanger is a narrow, unpaved, and extremely rough track with no guard rail separating you from a very long fall to the valley floor below.

Along the way you’ll pass through waterfalls, and have to contend with squeezing past oncoming traffic. Make no mistake, this isn’t a road for the faint hearted.

If you do fancy pitting yourself against The Cliffhanger, Nomadic Knights tackle the track, as well as plenty other pulse-raising roads in the Himalayas, on the Roof of India tour. 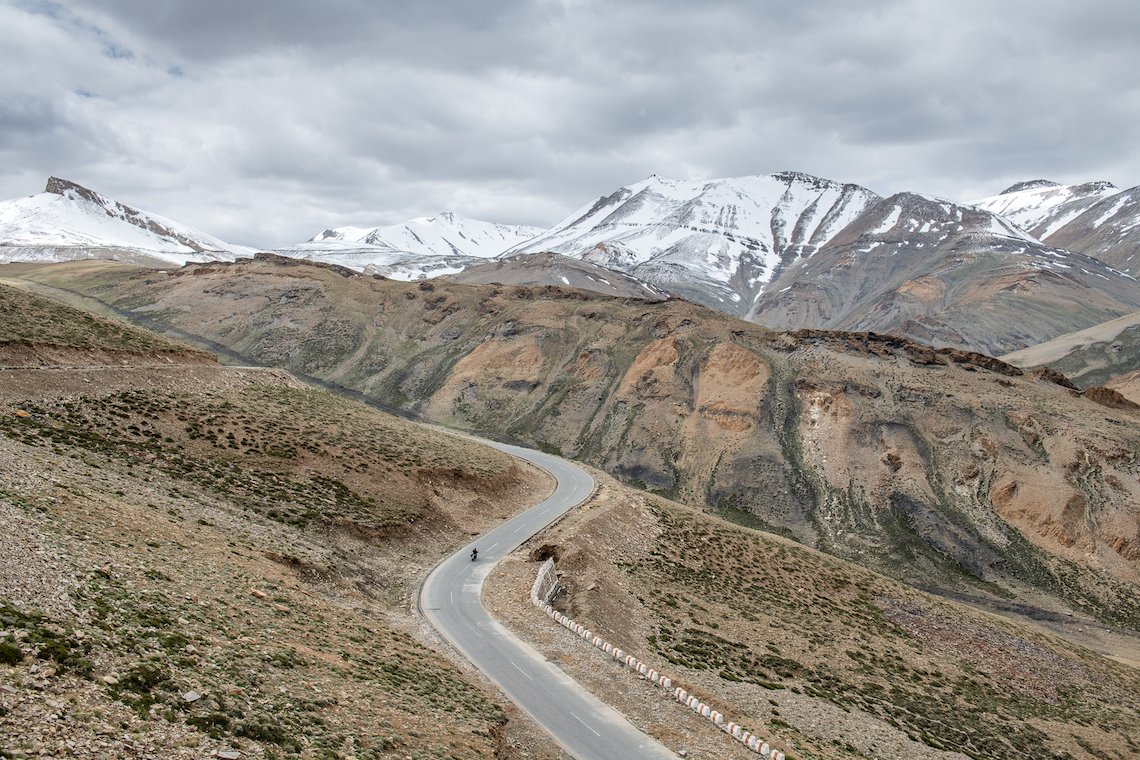 Moving away from some of the more white-knuckle roads in the Himalayas on this list, we have the Tanglang La.

The 12th highest road in the world, the Tanglang La tops out at 5,328m and, at this, height riders will be able to notice the distinct lack of oxygen in the air. Luckily, most of the pass is paved and wide enough for two distinct lanes, making the riding a little less challenging and quite a bit more relaxing than some of the toe-curling balcony roads on this list.

The Tanglang La makes up part of the Leh-Manali Highway, a 266-mile-long route that connects the two large cities, and it’s well worth riding the highway in its entirety if you’re visiting northern India.

Ride these roads in the Himalayas

There we have it. Four stunning roads in the Himalayas that are well worth adding to any two-wheeled travellers bucket lists. I know they’ve made it onto mine.

Of course, it’s understandable if the prospect of heading to a far-flung region to ride some of these epic roads is a daunting proposition. That’s why we’ve teamed up with Nomadic Knights, a tour operator based in India that runs regular two-wheeled adventures around part of the world, to put together this list.

By organising overnight stays, and all medical, mechanical, and logistical support during your ride, the Nomadic Knights team makes it easy to relax and simply enjoy riding in this biking paradise in all its glory. Check out its upcoming tours here, most of which visit some of the roads on this list, to experience it for yourself.