Long Way Up: Ewan reveals the challenges of riding an electric bike 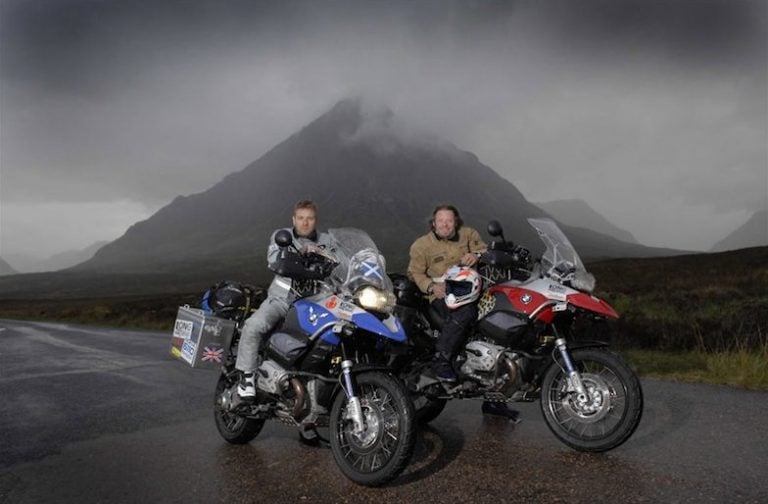 All has been quiet on the Long Way Up front since the news broke that Ewan and Charley had completed the third instalment of their Long Way series, this time riding from the tip of South America to Los Angeles. That all changed this week when Ewan McGregor appeared on a US chat show and described the experience of travelling the Americas on the electric Harley Davidson LiveWire.

Part of the new wave of transportation

In the clip, from The Tonight Show Starring Jimmy Fallon, Ewan explains that the choice to ride electric bikes was partly inspired by wanting to be “part of the new wave of transportation.”

The boy’s decision to ditch the internal combustion engine on their trip north was met with varying degrees of scepticism and admiration across social media when the news first broke. And, in Ewan’s own words, the choice of bike led to an experience that was both “amazing and quite tricky at the same time.”

The biggest issue? You guessed it. Charging the bikes.

Charging a motorcycle in the middle of nowhere

As Ewan explained: “There’s no real infrastructure for charging, for instance, in the middle of Patagonia.”

So what do you do with a heavy bike that’s low on battery in the middle of the wilderness?

“We’d just knock on people’s doors and ask if we could plug them in.”

The kindness of strangers across the world has been a running theme of the previous Long Way series and clearly the people of South America were no different, even when the task of charging two Harley Davidson Livewires would be a bit too much for some homes…

Ewan said: “We’d camp in their garden and plug in, sometimes we’d blow their fuses which would be embarrassing.”

Luckily the bikers didn’t get into too much trouble and it seemed to be taken well as, in Ewan’s words, “people were so generous and lovely about it.”

No plug, no problem

But what if there’s no plug in sight? Well, as Ewan explained, you have to get a bit creative.

“I ran out a couple of times, you just hold on to a car. If you open the back windows and the front windows of a car you get your arm around the pillar and then you just muscle along like that for a while.”

This was a technique Ewan allegedly learnt during a cab ride with a Hells Angel in New York as a young man.

When will Long Way Up hit our screens?

Ewan’s appearance on The Tonight Show Starring Jimmy Fallon was filmed in December and it suggests that the cogs of the marketing machine are beginning to turn. Could we see a trailer or more clips of Long Way Up in the next few weeks? We hope so.

And while there will always be critics, personally I can’t wait to see Ewan and Charley riding together again. Sure, the latest show may not cover the distance of the around-the-world epic that was Long Way Round, or be as challenging as the Long Way Down journey through Africa, but with  manufacturers like Harley-Davidson starting to invest time and money into developing electric motorcycles, the team could once again find themselves at the forefront of change in the motorcycle industry.

Check out Ewan’s interview in the video below: