The ABR guide to the highest passes in England 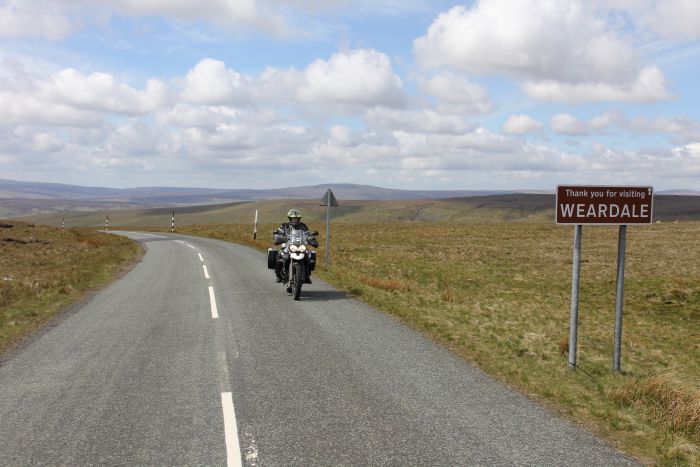 If you’re anything like us, you love a decent mountain pass. Amazing scenery, challenging corners and hardly another soul around. There’s just something much more mesmerising about riding at altitude rather than being at sea level.

With that in mind, ABR teamed up with TomTom in the latest edition of the magazine (issue 29 Jul/Aug) in an effort to reveal the three highest passes in England, Wales, Scotland, Northern Ireland and the Republic of Ireland.

We honestly believe that as a result of this quest, we have inadvertently created a British road trip of epic proportions. It didn’t really feel right keeping it to ourselves, so we thought we’d give you a glimpse of that with the English section. Without further delay, here are the highest (and some of most rewarding) passes in England.

What have the Romans ever done for us? Well, they did build High Street, the Roman Road in the Lake District which is also the highest recorded ‘pass’ in the UK topping out at 815m at its summit. However, High Street has long been off limits to motorised vehicles and is the domain of walkers so we have to drop down to 674m for Grasshill Causeway to find the highest legal pass for motorcycles in England.

For the most part, Grasshill Causeway is tarmac on its northern approach though the final run up to the summit and all of the southern slope is rough, rocky trails better described as a green lane rather than what most people would consider a road.

For the highest all-tarmac pass we have to descend further to 627m and Langdon Fell, otherwise known as Harthop Moss and sometimes Chapel Fell, where we also find a little controversy. Depending on who and what you consult, Langdon Fell is sometimes quoted as being joint highest pass in England sharing the accolade with nearby Killhope Cross. Statos have been known to come to blows over the matter but having used a GPS at the apex of both we’re declaring Langdon as the highest at 627m and Killhope second at 623m. Let the debate commence.

Langdon Fell is a minor road which connects the A689 at St John’s Chapel in the upper Weardale Valley with the B6277 near Langdon Beck in the upper Teesdale Valley. The road itself is only 5.3 miles in length but fortunately for riders, travelling to Langdon Fell involves riding through the North Pennines Area of Outstanding Natural Beauty, one of the most scenic areas of England.

Designated an area of outstanding natural beauty in 1988, the North Pennine uplands are essentially high moorland scarred by deep dales (valleys) which contain rare Arctic alpine plants, remnants of the period post the last ice age when the region would have been Arctic tundra similar to that found in northern Scandinavia today.

Nearby highlights include a visit to High Force, a waterfall on the River Tees, near Middleton in Teesdale with a drop of 22m, and Cauldron Snout a cataract of 180m which is said to be the longest waterfall in England. 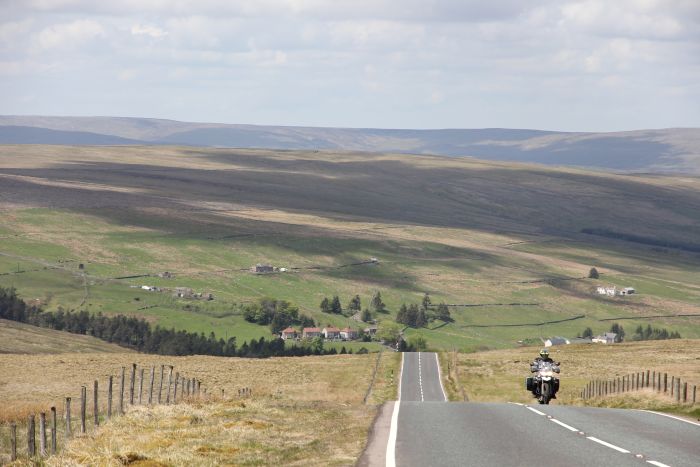 With the Langdon Fell pass just 10 miles to the east and third place Black Hill (609m) a few miles to the northwest, knocking off the three highest passes in England can be done in short order. However, it’s exploring the wild open moors, scenic dales and charming villages of the region which will have most appeal.

Visitors to the area may be surprised to know that the Weardale and nearby Teesdale valleys were once the centre for lead mining in the UK. The hills, moors and valleys are littered with old shafts, quarries and works. None more so than Killhope where you’ll find the North of England Lead Mining Museum between Killhope Cross and the nearby village of Cowshill. Closed in 1910, the mine was briefly reopened in 1916 during the First World War and reconstructed in the 1980s for public access. 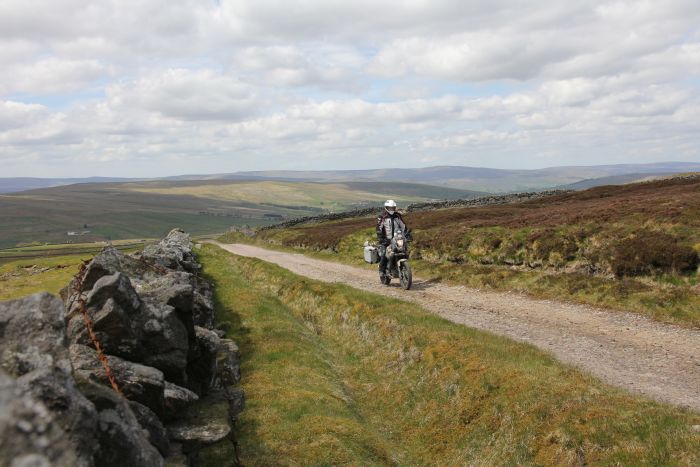 Black Hill overlooks the village of Nenthead and is a border marker between Cumbria and Northumbria. The pass can be reached by either a tarmac road or a green lane starting from Nenthead, or a combination of both – the green lane is easy going and big bike friendly.

Once again we find ourselves in the North Pennine Area of Outstanding Natural Beauty and close to what once was a major mining area. Nenthead was one of the earliest purpose-built industrial villages dating back to the mid-18th Century when lead and silver mining took hold. Nenthead also claimed to be the highest village in England, topping out at 1,500ft or 457m, but is surprisingly overlooked by the village of Flash in Staffordshire which stands at the heady height of  1,518ft (462m)

If travelling on the A689 from Alston to find the Black Hill pass road you’ll need to pass through Nenthead and then take the first left turn after leaving the village. The high spot is about a mile up this road which continues to Coalcleugh and onto Allenheads.

Once again, you really can’t take a bad road around this area and discovering the scenery and villages is a pleasure. 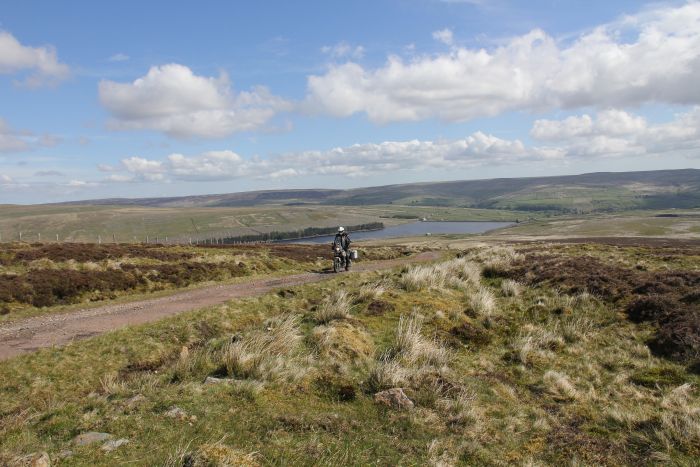 Grasshill Causeway, or Coldberry End as it’s sometimes known, is the highest legal through-road or pass in England. Tarmac in parts and rough, rocky trail for the rest, it’s what we’d term as a green lane rather than a road.

If you’re up for riding a section of off-road trail then Grasshill Causeway can be completed as part of a trip round the three highest tarmac passes in England. Indeed, the start point from the northern Weardale village of Ireshopeburn is only a hop, skip and jump from St, John’s Chapel, the junction for the Langdon Fell pass.

Taking the side road heading west from the centre of the Ireshopeburn village, continue on tarmac with the Burnhope Reservoir on your right hand side. After a couple of gates the road starts to break up and becomes a trail as you approach the summit of the pass. You’re rewarded with fantastic views in all directions from the high point.

Continuing south into the Teesdale valley the trail becomes rockier and if you’re going to struggle then this will be the section. For a competent rider in good weather it’s big adventure bike friendly and worth the effort.