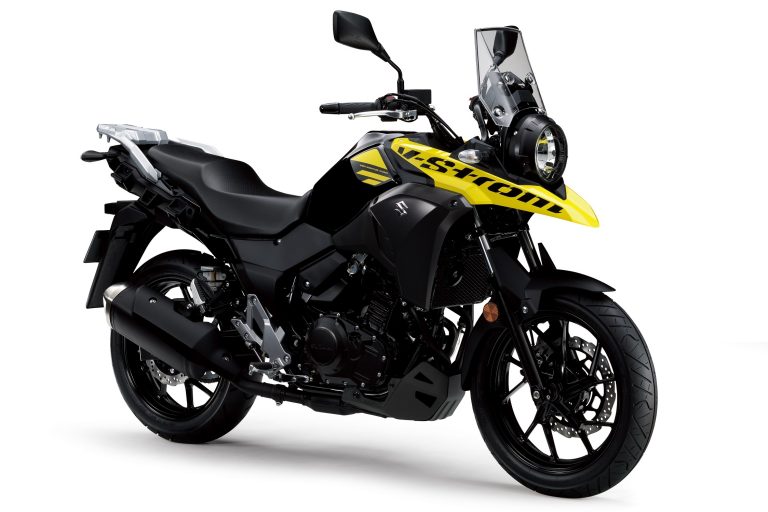 Rumours of a small capacity V-Strom have been circulating for over a year now, and as we expected, Suzuki has unveiled the new V-Strom 250 at the Milan Motorcycle Show, EICMA. Based on the Inazuma 250, the latest addition to the V-Strom family is described as an adventure bike equally adept at daily riding and long touring.

This diminutive V-Strom is powered by a 248cc four-stroke liquid-cooled SOHC parallel-twin claiming 24.7hp and a 17.25lb/ft torque. The engine is optimised to maximise low-to-mid-range power, and Suzuki claims that, with a full tank, the bike will give you a range of over 300 miles – ideal for long distance touring. 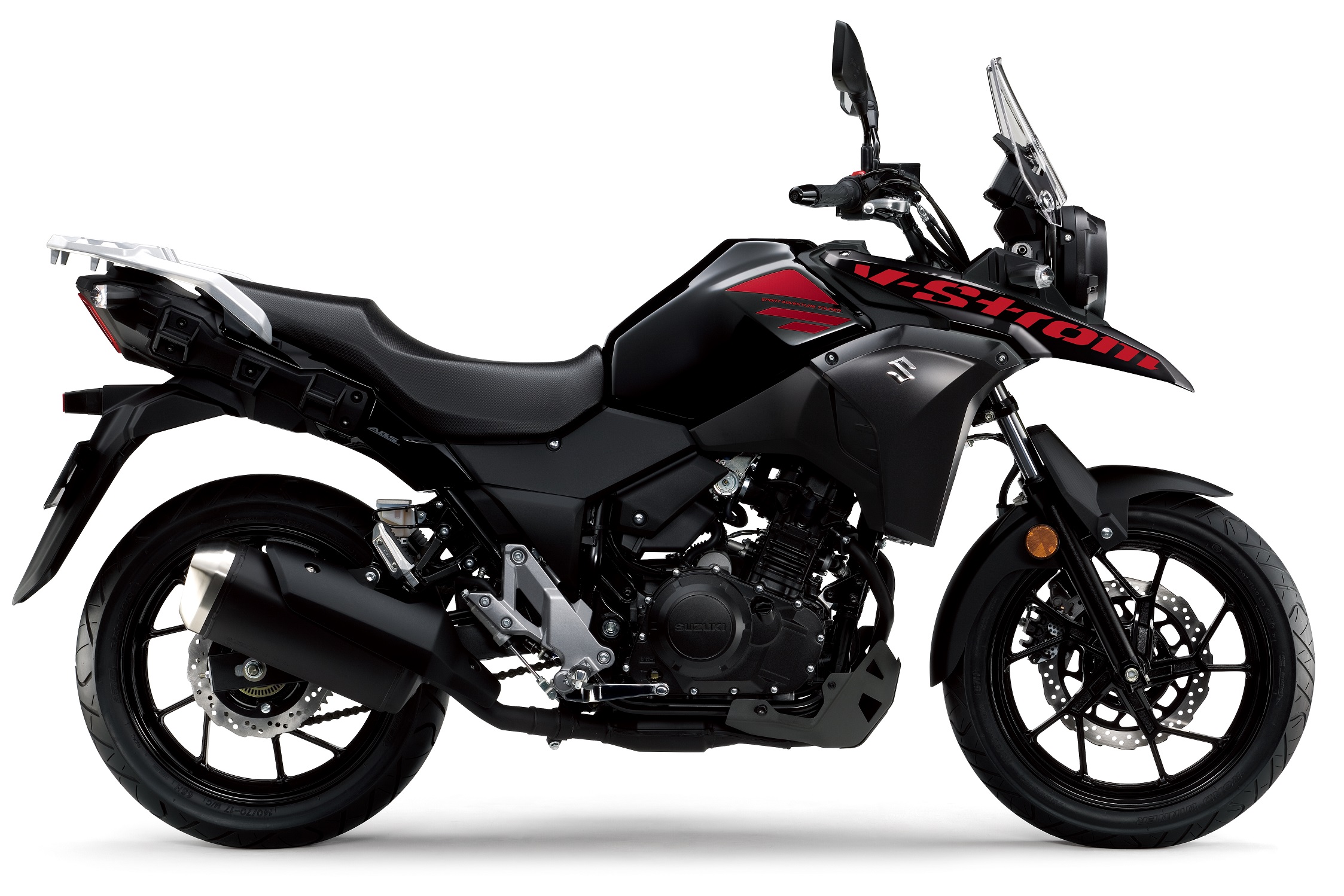 Although a smaller bike, the V-Strom 250 comes equipped with a reasonably sized LCD-lit screen that includes a speedometer, driving range, average fuel consumption, and a fuel gauge. To further the bike’s claim to be a touring machine, pannier mounts come as standard and there’s space for a top box.

Thanks to the front beak, the bike’s styling is similar to its larger stablemates, the V-Strom 650 and V-Strom 1000. Suzuki has said that although there are no chassis details available, the V-Strom 250 still provides a comfortable riding position and enables the rider to place their feet firmly on the ground. 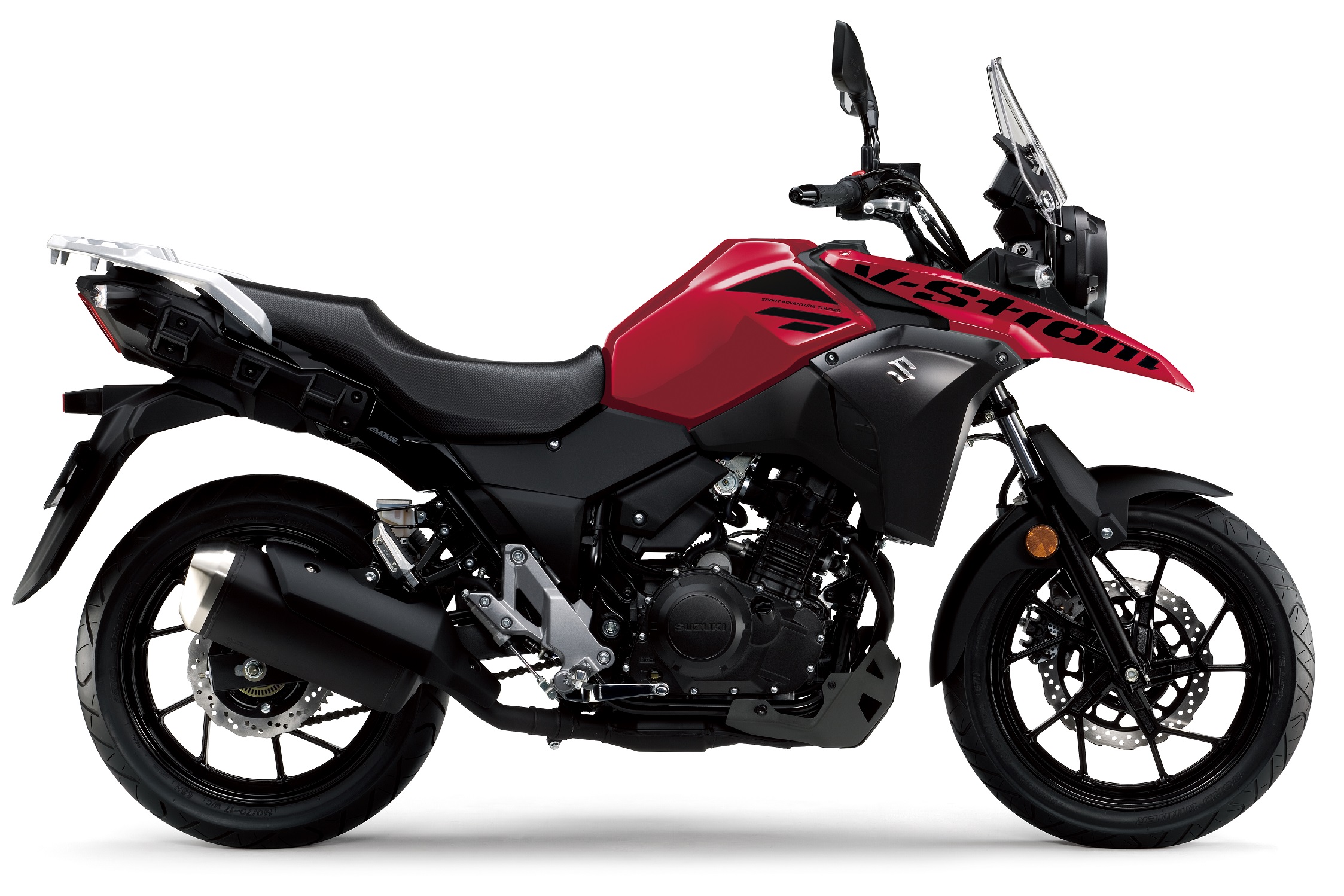