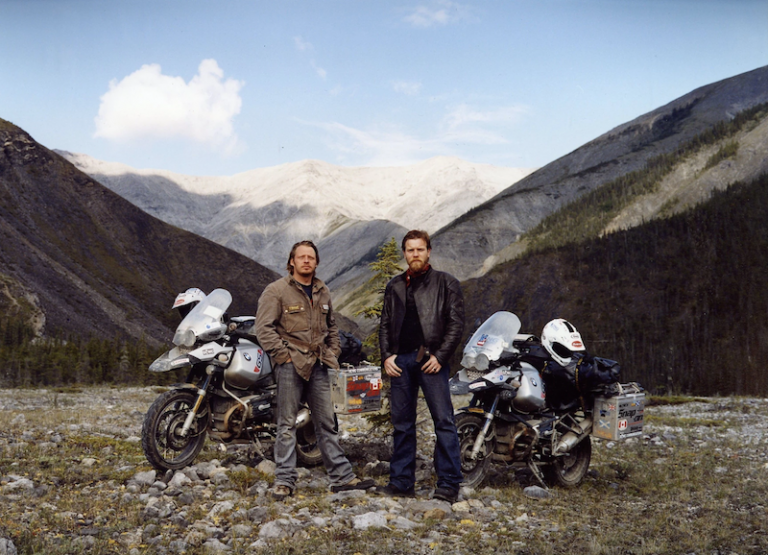 Charley Boorman and Ewan McGregor’s The Long Way Round first hit our TV screens in 2004, and is now an iconic series that is known to have sparked the popularity of adventure bike riding across the world. However, thoughts have always seemed to be very divided, with many bikers loving the program along with the follow up series The Long Way Down, but there is also a lot of animosity surrounding the program and the adventurous pair.

Though there are divided opinions on the series, there really is no denying that it introduced the adventure bike riding concept to thousands and was the sole inspiration for many adventure riders out there. Not only this, but the popularity of the BMW GS motorcycle also took a sharp rise with the manufacturer sponsoring the program and seeing both Charley and Ewan riding on a pair of BMW 1150GSs – a bike that also seems to divide the nation.

So, for those of you who are fans of both the Long Way Round and The Long Way Down, would you love to see a third series? Well, you might just be in luck. A few days ago, Charley Boorman tweeted a photo with a statement that appears to confirm that there is another series coming our way – The Long Way Up.

Thanks Ewan for a fantastic night. Great movie Christopher Robin. Nice to get us together. Can’t wait for #longwayup @RussMalkin pic.twitter.com/WmruCBq5JU

The photo shows both Charley and Ewan stood with Russ Malkin to the left of them (the director of The Long Way Round and The Long Way Down) and David Alexanian on the right, outside of the Christoper Robin film premier in London, which is Ewan’s latest acting role. Charley added “can’t wait for #longwayup,” which naturally, instantly sparked excitement and torturing mystery among fans.

There was much response and questioning in the tweet’s replies. One fan tweeted “For the love of God Charley, please put my husband out of his misery and get this done! We ended up naming our first son after you so you’re kind of a big deal in this house.” Another said “Long Way Up? Please tell me this is a real thing?! Just started watching Long Way Round again yesterday for the 100th time!” Charley then went on to tweet the following statement…

Yes if all goes well it’s going to happen. #longwayup

So, what are your thoughts? Does the mere thought of a third series from Charley Boorman and Ewan McGregor fill you with childlike excitement or would you rather spend your time watching paint dry than endure another series from them? I’d love to know your thoughts surrounding the news and also your opinion on the last two series from the pair. Let me know in the comments section below.