5 things we love about the Kawasaki Versys X-300 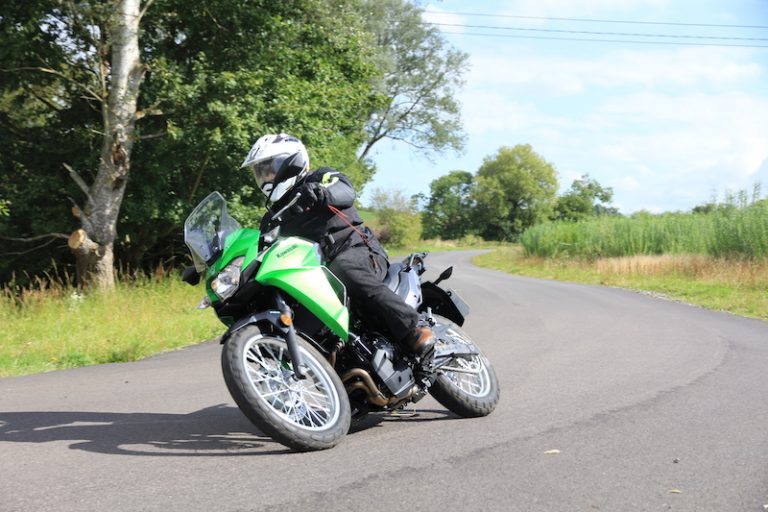 A mahoosive metal steed is not always what you want or need when adventuring riding, and you’ll actually find that a bike that is smaller and more nimble is an easier machine to ride, especially if, like me, you’re um… lacking in inches on the old leg measurement. But even for those who are more vertically blessed, a smaller bike that’s easier to manoeuvre is often more attractive than lugging a stonking great big 1200 about.

There are plenty of other reasons why the Kawasaki Versys X-300 is a great bike, but here’s five of our favourites… 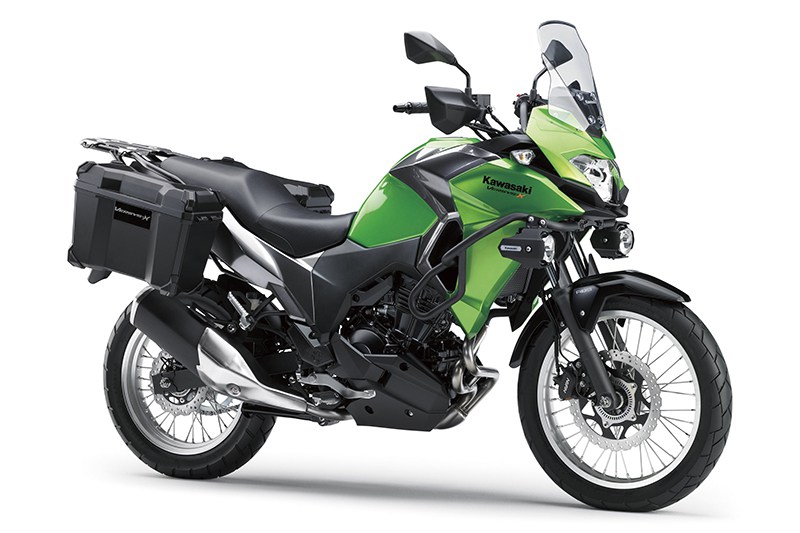 For those with A2 licences and who are new to the adventure bike rider game, the Versys X-300 is the perfect start up to build up confidence, skills and knowledge before sitting astride a bigger machine. However, just because it’s small, it doesn’t mean it’s flimsy, in fact, the 300 feels well designed and put together. So, it gives the look of an adventure beast, just in a smaller, fun sized package.

It’s light on its toes off the asphalt 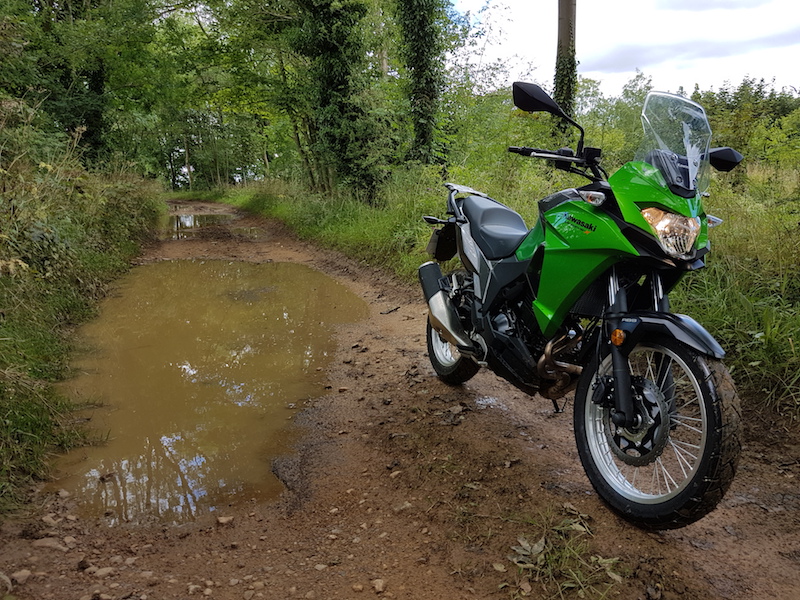 Okay, so you’re not going to be tearing up the trails and green lanes with the humble Versys, however, you’ll find yourself happily paddling away through an off-road section that you may have thought twice about if you were doing the same on a tall and heavy large capacity machine. So, if slow speed, real-world off-roading is your style rather than ragging the balls out of a dedicated off-roader, then the Versys 300 could be a great option for you.

Plant both your feet firmly on the ground 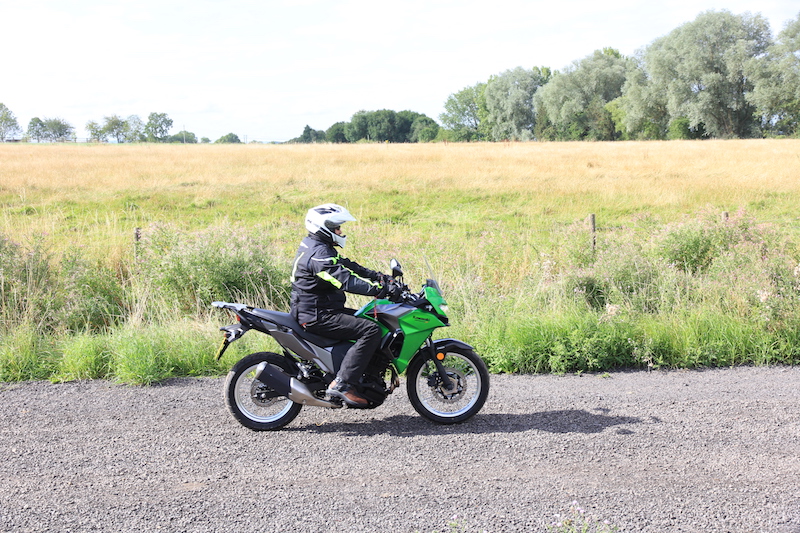 Probably one of the biggest selling points of a Kawasaki Versys-X 300 is the fact that it’s not a monster-sized adventure bike in which you need a step ladder to mount. So, you’ll find you can easily swing a leg over the seat without splitting any seams or pulling a hamstring. 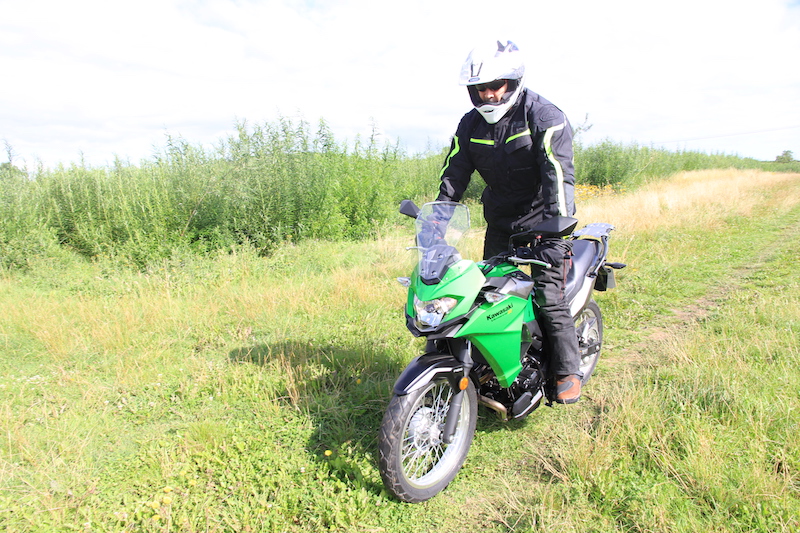 Before firing up the Versys, we had a little paddle and push around our office’s sloping gravel car park and we found that this bike is highly manoeuvrable compared to most adventure bikes we ride these days, another factor that’s going to appeal to those who have problems man handling the bigger beasts in slow, tight situations. 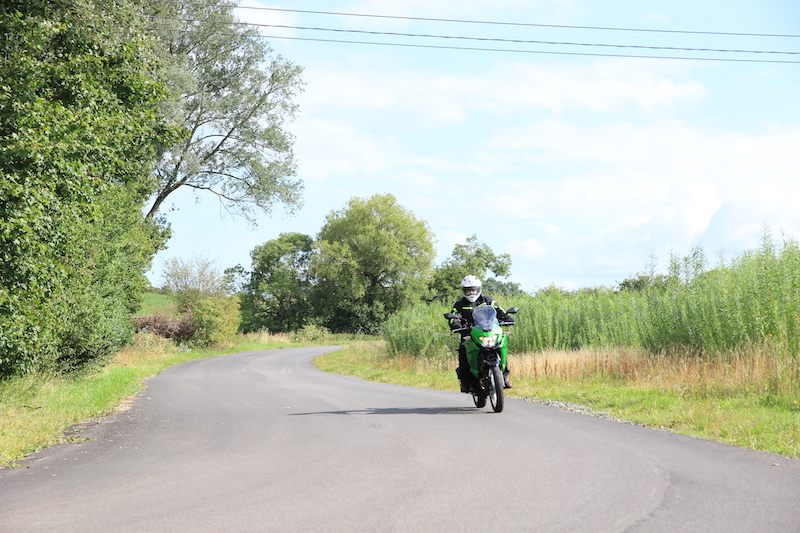 We found the Versys to be a slow tourer, with a relaxed and stress-free riding feel. When riding in touring mode, sixth gear has enough legs to take you from just below 30mph to 70mph. Plus, the bike had enough oompf to take us up the alpine twists of Fish Hill near Broadway without having to change down.

Fancy getting yourself a brand new shiny Kawasaki Versys X-300? We don’t blame you. Kawasaki is offering great HP packages on the model with 0% APR available over three years. You can obtain a personally tailored HP quote by heading to the Kawasaki Kalculater website, or alternatively get yourself out to your local dealership.