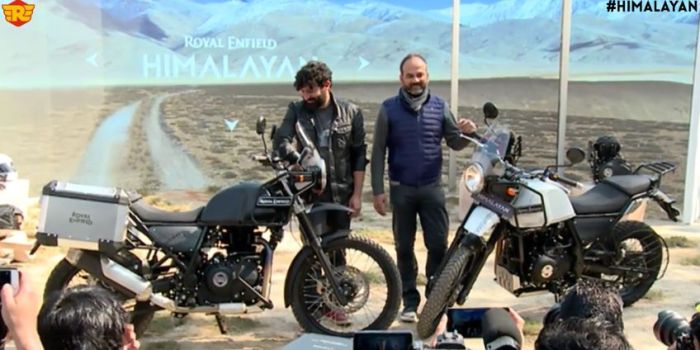 Over the past few months there have been countless spy shots and leaks of the Royal Enfield Himalayan followed by teaser videos and images.

As of today however, the cover has well and truly been lifted as Royal Enfield unveiled the bike at an event in India.

While the launch was specifically for the domestic market in India, the specifications are a key indicator of what we will be receiving in the UK when it does finally arrive.

With regards to a European release date, we have been told not to expect anything this side of August but that a Q3 launch is likely.

So how much of the speculation about the Himalayan has actually been right? Well, it comes with a 411cc air-cooled single-cylinder engine which will be matched with a 5-speed gearbox.

Watch the full launch above.

The Himalayan also comes with electric start and is said to run for 10,000km (6,213 miles) before needing an oil change.

Interestingly, it seems that hand guards are not set to feature on the Himalayan while there is also only a 15-litre fuel tank too.

Brakes are taken care of by a 300mm disc to the front and a 240mm disc at the rear while there are also telescopic 41mm forks at the front offering 200mm of travel while the rear monoshock suspension offers 180mm of travel. 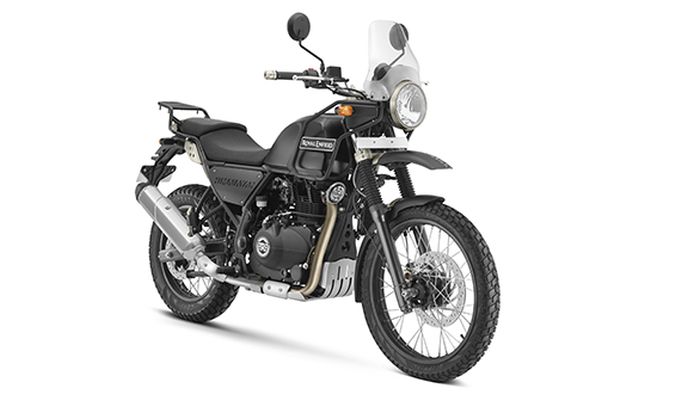 To help the Himalayan cope with varied terrain Royal Enfield has equipped the machine with a 21-inch front tyre and 17-inch rear.

Ground clearance sits at 220mm while the seat height will come in at 800mm and the kerb weight is said to be 182kg.

Additionally, the Himalayan will feature frames for panniers at the rear while a front frame will also allow for extra soft luggage/jerry can carrying capabilities.

It will be available in a ‘Snow’ and ‘Granite’ colour variants and will be launched domestically in India in mid-March.