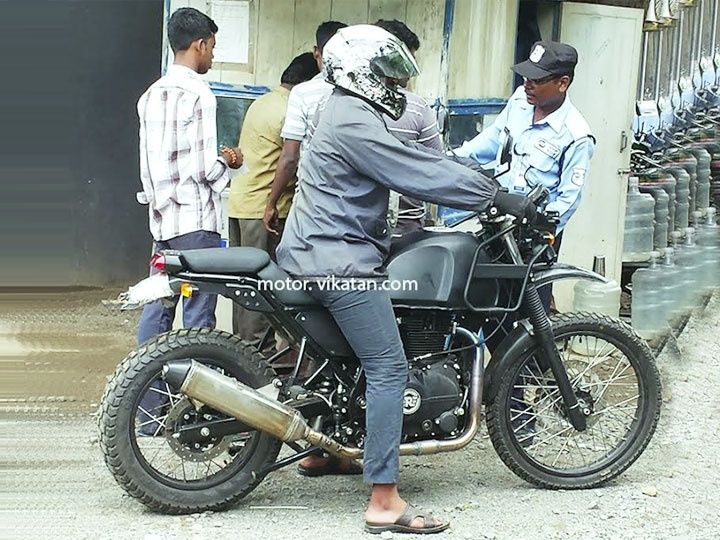 It seems as though with the start of every week we are catching a glimpse of the new Royal Enfield Himalayan in spy shots, and yet there is still no official word on the motorcycle itself.

Of course, there is no doubt that the bike will be hitting the market before long and much is already known of the (rumoured) 410cc, single-cylinder, fuel-injected machine. But for now we’ll just have to make do with another spy shot.

>>> Check out our previous post about the Royal Enfield Himalayan to get the full low-down on the mid-range motor.

The latest photo gives an even clearer view of the Himalayan than previous images and suggests that the bike isn’t too far away from being market-ready at all. Indeed the last spy shots caught the Himalayan on the production line.

So, what do you think? Do you reckon there’s a market for it in the UK? Do you think it’s a good looking bike? Let us know on Facebook, Twitter or in the comments below.