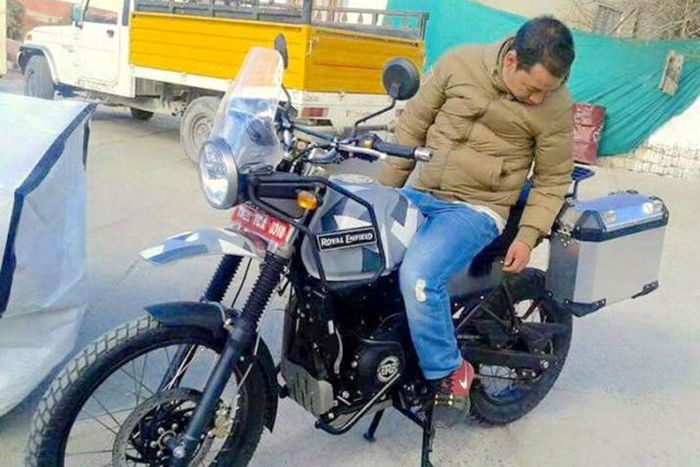 It’s no secret that there are several new Royal Enfield models on the way in 2016 and, what with the frequency of revealing spy shots, there isn’t much that has been left to the imagination. Well, it looks as if that trend is going to roll on with yet another shot of the Royal Enfield Himalayan hitting the internet.

There is still no official word on what to expect from the Himalayan but rumours suggest it will come with a 410cc single-cylinder, fuel-injected engine. It is thought that this will produce a power output in the range of 24-30bhp.

The machine is also expected to feature spoked wheels, pannier racks and engine bars as well as an unswept exhaust, fatter rear tyre and a new instrument cluster.

While it may not be able to compete with the power and performance of many modern adventure motorbikes, it will instead offer a back-to-basics mid-range option that a selection of adventure motorcyclists seem to long for.

An official launch is anticipated in the next few months and we’ll certainly be interested to see how things progress.