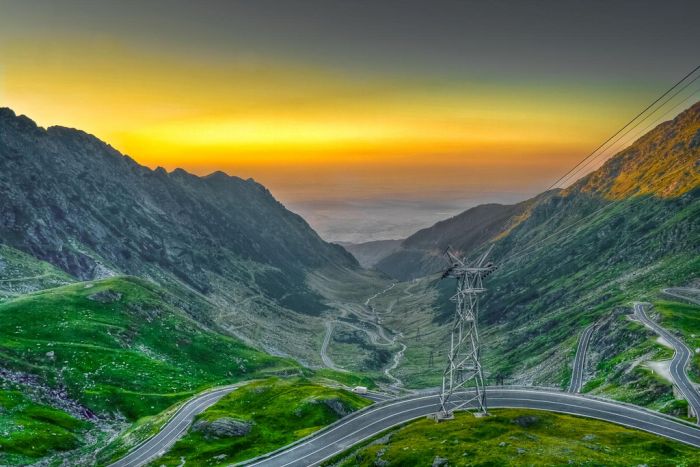 Romania isn’t all about vampires and stunning hilltop fortresses, head into the Romanian Alps and you’ll be faced with some of the world’s most spectacular riding roads. With that in mind, we teamed up with World of BMW to get the lowdown on the Transfăgărășan Highway.

Having a bucket list usually entails trips to see the Northern Lights or to go swimming with dolphins, but for adventure bikers a ride on the Transfăgărășan Highway in Romania is an experience that is a must.

This 56-mile road was originally built between 1970 and 1974 as a strategic military route to ferry troops across the Transylvanian Alps should Romania be invaded by the USSR. I’m not sure if someone mentioned that it might be a lot easier and quicker for them to make a route around the mountain rather than over it, but that wouldn’t have made for such a fantastic ride!

The highway runs north to south across the South Carpathians and connects Transylvania through to Wallachia. It’s a stretch of tarmac that has more hairpins, tunnels and viaducts than any other road in Romania and there are extended lengths of this highway that are un-barriered, showing off a staggering 300m sheer drop down the side of the mountain.

At just over 2,000m tall at its highest point, the cable cars that litter the mountain face are a constant reminder of the breath taking altitude of such a journey, and one that sufferers of vertigo should probably give a second thought. But for those who don’t, there are more sights to see here then on most European rides; past Vidaru Lake you can experience the phenomenon which is the 165m tall man-made reservoir and dam. 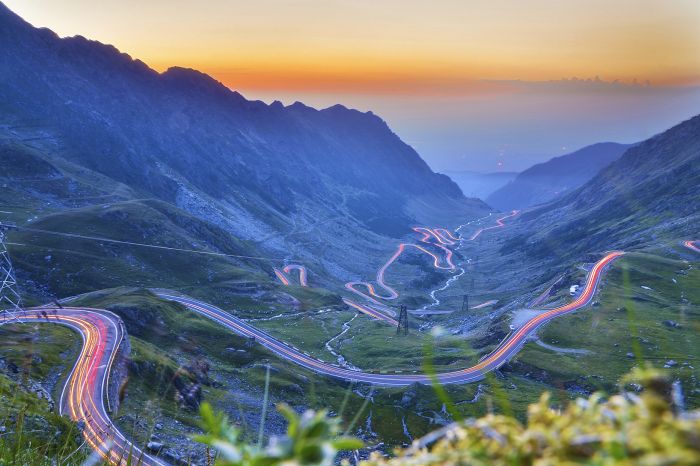 There are a lot of rumours about the highway that suggest the roads are often swarmed with Romanian farmers, hundreds of sheep and gypsy caravans, but this really isn’t the case. As the road can often be closed between October and June when the snowfall is extremely heavy, it does mean that the window of opportunity is small, but aside from the obligatory hikers and camper vans, it’s a pretty clear route on any week day.

This is the sort of road that would be an enjoyment for seasoned bikers and a new challenge for novices alike. With beautiful scenery and constant reminders of the communist-era, bringing a camera is a must. As there is so much to see make sure to set aside enough time to really enjoy the sights and make sure to pack warm clothing for when the road climbs up into the cloud bank.