Why you need to ride through the Black Forest, Germany 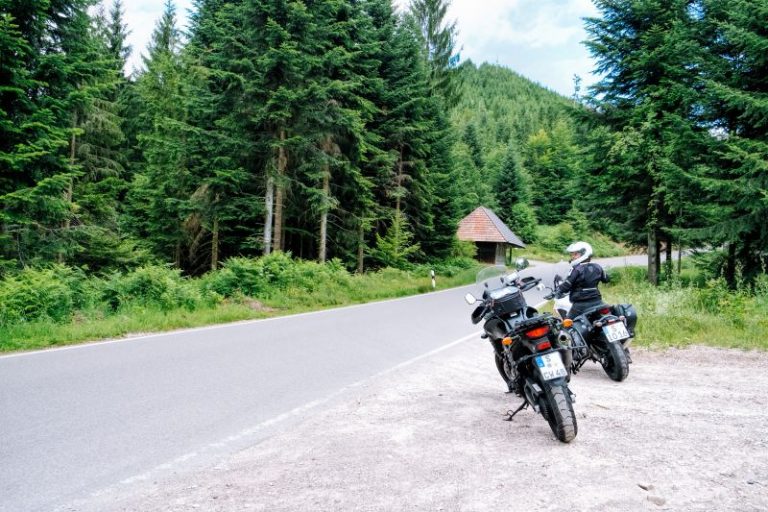 Every year for the past 13-or-so years, Alun and I have travelled over to Friedrichshafen on the shores of Germany’s Lake Constance to attend the largest outdoor industry trade show in Europe. This has given us the perfect excuse to travel around the continent every summer, and when we started we’d usually drive down to the Alps and get some climbing done. In 2005, we summited the Eiger and the following year saw us standing atop the western Europe’s highest mountain, Mont Blanc. Since then, we’ve ditched the hiking boots for textiles and helmets, and each year sees us riding over to the trade show.

While we’ve ridden some incredible roads, seen some magnificent sights and discovered some brilliant places, one night stands out in my mind. It was 8 July 2014 and we were riding through the Black Forest in Germany. That night, Germany was playing against Brazil in the semi-final of the World Cup, and as we’d just spent the day riding around the Black Forest, we were eager to watch the game in a German pub. 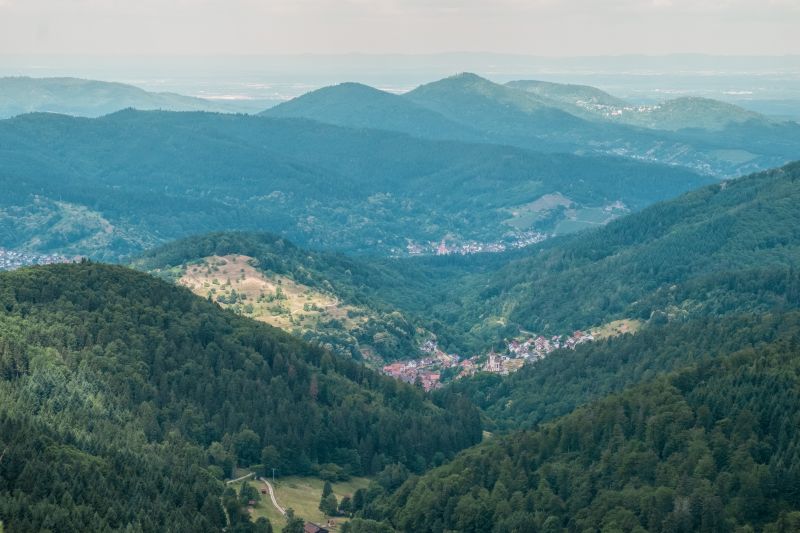 So, we settled down in the beautiful city of Villingen-Schwenningen on the south-eastern border of the mountain range and swiftly found a bar showing the game. The place was packed with Germans supporting their team, and as the game kicked off everyone was in good spirits. Just 29 minutes later and Germany were 5-0 up and the place was rocking! The game finished 7-1, and the city went mad, and being part of that is an experience I’ll always remember. This has also etched the day’s riding that preceded the German destruction of Brazil firmly into my mind, and boy, is the Black Forest a special place to ride.

As the name suggests, this area of Germany is a heavily forested mountain range whose highest peak, Feldberg, reaches 1,493m (that’s just over 100m taller than the UK’s highest mountain, Ben Nevis), and throughout the range there are more thrilling roads to ride than you can imagine. The tarmac is in superb condition for the most part, and the undulating terrain sees you rising up the thickly wooded mountains before falling once again into huge valleys that appear through the treeline out of nowhere. 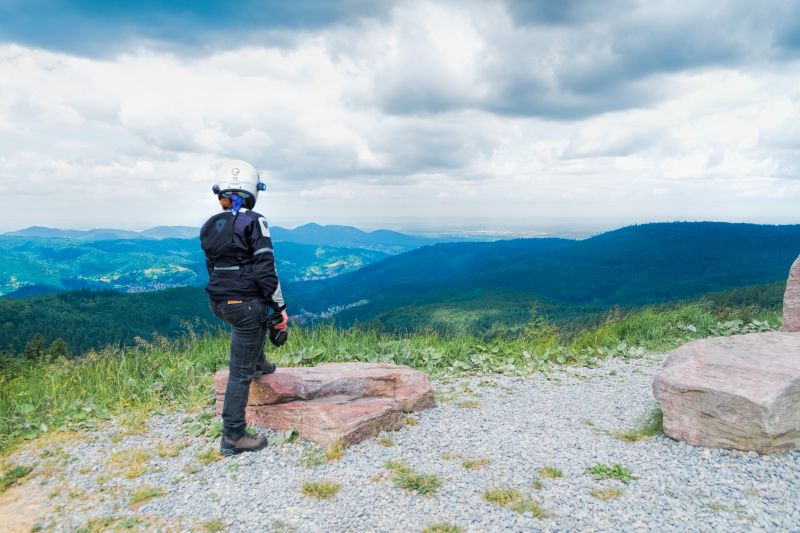 If you want to ride a fantastic route through the Black Forest, then you’re in luck. The TomTom Rider 450 comes pre-installed with compelling and enjoyable motorcycling routes through this spectacularly scenic area. Here, numerous hairpin bends compliment faster, more flowing sections of tarmac, including a road that’s always popping up on ‘best roads to ride in Europe’ lists – the B500.

The best thing about this route? It can easily be tagged on to a longer tour around Europe, and you definitely won’t regret heading through the Black Forest. One of my favourite ways to get to the Alps from the ports of Calais or Dunkirk, is to head through Belgium to the Ardennes, along the picturesque Mosel Valley and down into the Black Forest. It will add a day-or-so on to your travel time, but by doing this you make the journey to the destination just as good as the destination itself.