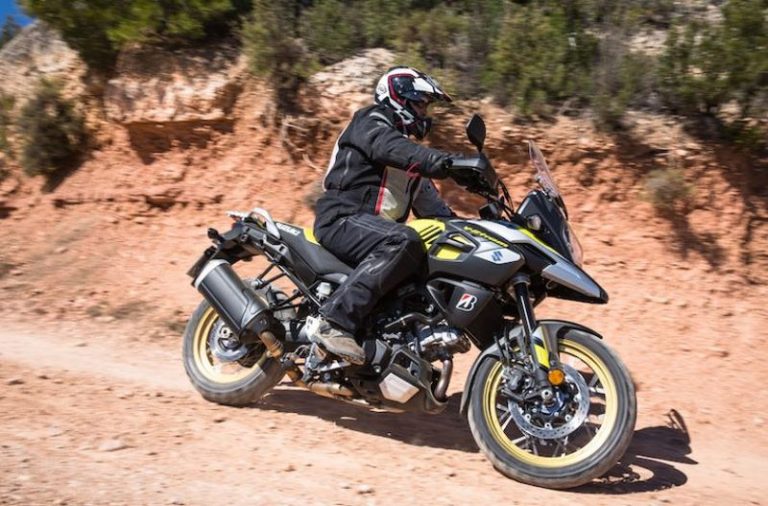 Suzuki has given its 2017 V-Strom motorcycle range the GT treatment, with new versions of the Suzuki V-Strom 650 and V-Strom 1000 now available to purchase from authorised Suzuki dealerships across the country. The new GT package will add a three-piece luggage set as standard, with the top box and panniers offering an incredible combined capacity of 64L, and there’s good news for adventure bikers who love the off-road, the GT kit package will also be available on the XT versions of the V-Strom 650 and V-Strom 1000.

The 2017 V-Strom 650, which was launched earlier this year, has seen some fantastic improvements and benefits from new features such as a low RPM assist, a two-stage traction control system (which riders have the option to switch off), and Suzuki’s new easy-start system. The latest version also features a new exhaust system which will pump out a 645cc from its V-twin engine, providing greater power and torque than the company’s previous models. 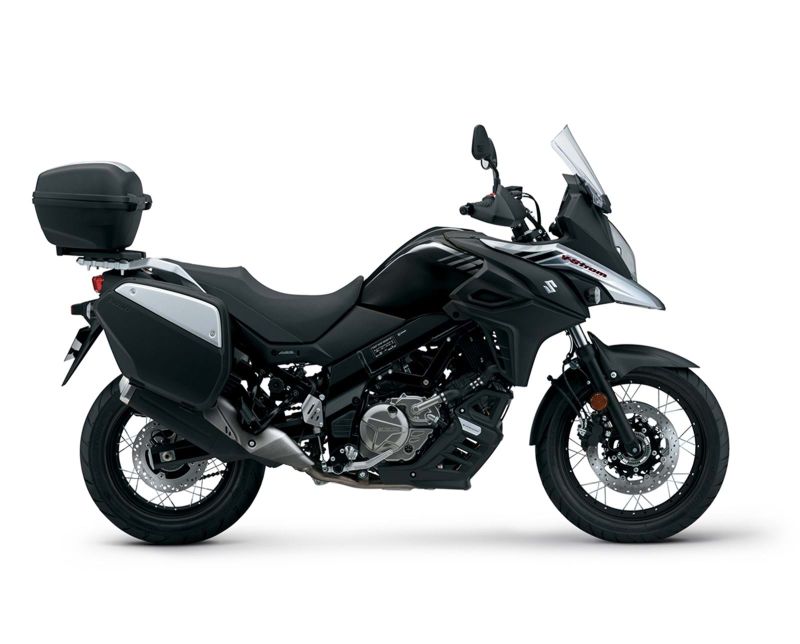 The overall performance of the V-Strom 650 also saw vast improvements. The bike also went on a diet and has lost 1kg of weigh since 2016, which helps to make it more manageable to manoeuvre, along with a new 12 DC power outlet as standard. Inspired by Suzuki’s iconic DR-Z and DR-Big motorcycles, the updated V-Strom 650’s bodywork also had a revamp and we think it’s looking sexier than ever.

The older brother of the range, the V-Strom 1000, was also updated for 2017, and it became the first Japanese adventure bike to feature cornering ABS. The updated bike also offers a three-mode traction control system for increased rider control, as well as the same low RPM assist and easy-start system as the V-Strom 650. The bike benefits from a redesigned wind shield which forms part of its updated bodywork design. 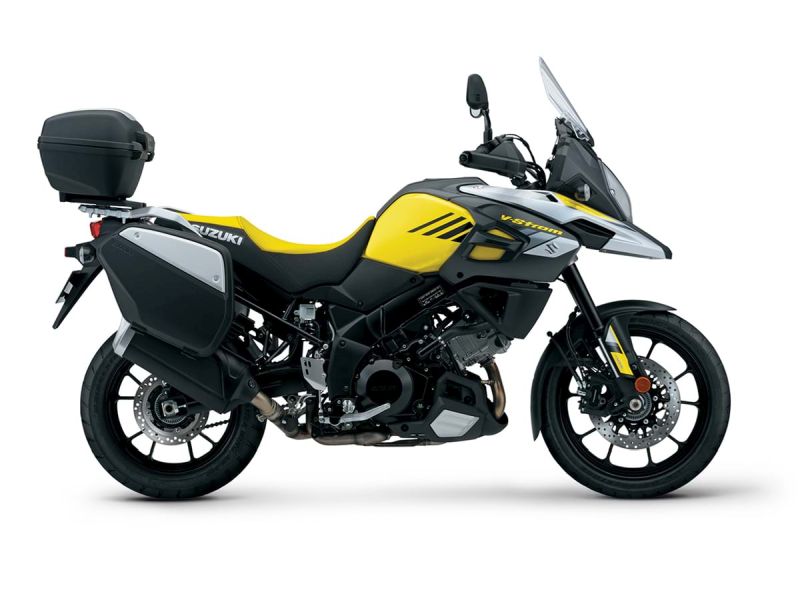 What do you think about the updated Suzuki V-Strom GT range? We’d love to know your thoughts, let us know in the comments section below.