Is electric the future of off-road motorcycling? 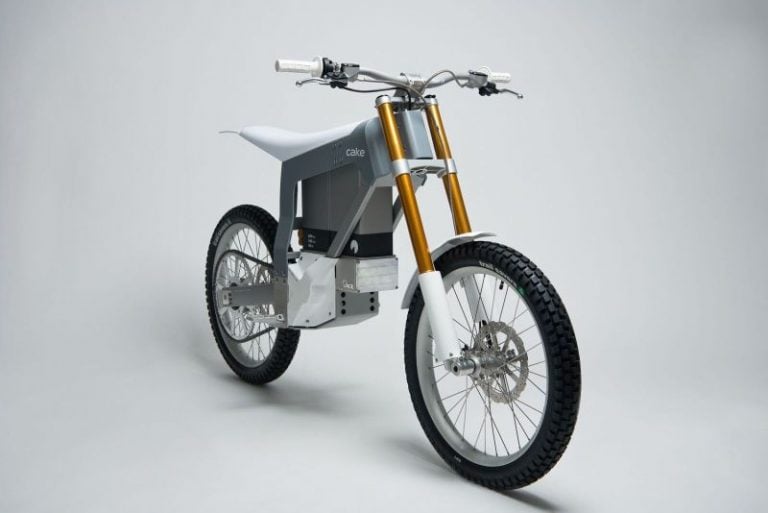 Over the recent years, there has been a significant rise in the investment of electric powered vehicles and in the next 10 years we should see over half of all motorised vehicles being battery powered, according to the Committee on Climate Change. However, will this be the future for adventure motorcycling and those who love to ride off-road?

A Swedish manufacturer called CAKE has released a new all electric, off-road motorcycle named KALK, which is now available for pre-order. But is it as delicious as it sounds? Well, weighing in at sub 70kg, the electric bike is said to offer riders a light, off-road performance which we reckon would be a heck of a lot of fun to throw around on the dirt. However, it doesn’t come cheap, with prices starting from €14,000 (£12,268).

The bike is also said to have a top speed of 50 mph, which may not be a lot on the asphalt, but, thanks to the company’s focus on torque and acceleration, it sounds like it would be more than enough when hitting gnarly off-road trails. It might be light on its toes, but the company have not taken the components of the bike lightly, and, the bike has been designed from the ground up using only high- quality components.

Not only has CAKE designed the KALK to be a fun and nimble machine, but the main aspect of the bike is its green impact on the environment. The machine is all electric, with a range of 50 miles, is silent, and the company has designed it to have as little impact as possible, even down to the tyres which are said to minimise the wear of the trails being ridden.

The KALK will provide welcome competition to the KTM E-XC (the Austrian company’s electric offering), though the €14,000 price tag of the KALK means that the KTM will (amazingly) appeal more to the cost conscious.

What are your thoughts on this innovative electric motorcycle design, would you love to give one a go? And how do you think the authorities would handle them if ridden off-road in the UK?  Let me know in the comments section below.

You can also check out how the new CAKE electric motorcycle performs on off-road terrain in the company’s video below.