Man survives after being trapped under his motorcycle for eight days 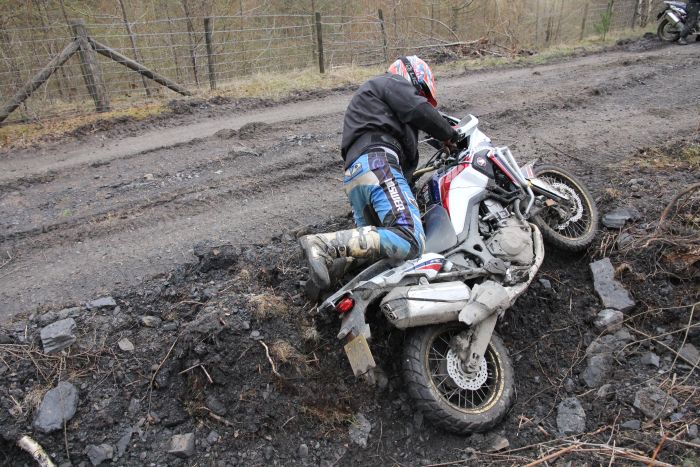 A south Georgian man has survived after being trapped underneath his motorcycle for eight days.

Roland Howard Goff, 63, was found trapped under his Honda VTX1300 in a ditch near his Brooks County home in the USA.

The bike, which would have weighed roughly 320kg, crushed his right leg and, unable to move or call for help, Roland was left to improvise when it came to staying alive. He drank rain water and ate whatever he could reach around him to keep his body ticking over. While he managed to survive for eight days, he told the Georgian State Police that he felt like he could make it one more day.

By a stroke of luck, Roland was found when his friend, William Shultz, noticed his lack of activity on social media (he hadn’t posted for around five days), so he decided to go and look for him.

William found Roland in a ditch just off his driveway. Roland says the only thing he remembered was riding down the track on the evening of Tuesday, May 17th and veering off the side of the dirt road.

Georgia State Police says his right leg was pinned underneath his motorcycle, preventing him from being able to free himself after the accident.

Roland was taken to South Georgia Medical Centre and while his leg is in bad condition, doctors are hopeful that he’ll be able to keep it.

CPL Chris Kelch of the Georgian State Patrol said “he didn’t think he’d make it much longer. He’s still in good spirits. [He is] is really severely dehydrated but he felt like he could make it at least one more day. He said thank the Lord that he was able to survive this long.”

The story of Roland Goff serves as a stark warning to those who venture off trail riding by themselves without letting anyone know where they’re going, or when they should be expected back. A lot is made of a bike’s weight and how difficult it is to pick up a big adventure motorcycle once it hits the deck, so it’s easy to see how this could happen to any one of us who’s unfortunate enough to take a tumble while out on a ride.