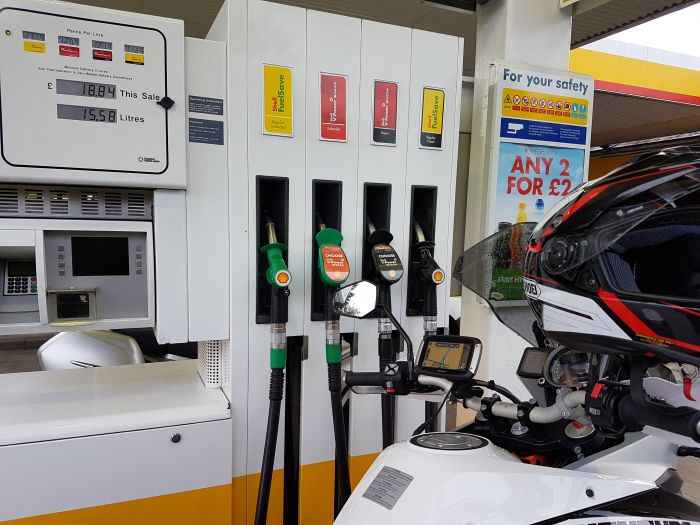 Do you sit on your bike when you fill up at the petrol station? Lots of people do, so it’s OK to admit it. In fact, I’ve done it more times than I care to remember. I’m pretty lazy and it just seems like less hassle to rock up, reach over, grab the nozzle and start pumping (despite the fact that I’m going to be walking into the petrol station after I’ve filled up in order to grab some pork scratchings and pay).

You might have noticed signs dotted around petrol stations these days stating that riders must dismount their machines before beginning the filling up process, or you may have even been refused fuel by an on-the-ball attendant who’s unwilling to turn a blind eye to company policy for the sake of your time.

Believe it or not, there is actually reason to the pump attendant’s madness, and it goes a little something like this. Unless you’ve rolled off your drive and into the petrol station, chances are your engine is going to be pretty hot. Your fuel tank is in close proximity to this hot engine, and it’d be a real bummer if this heat were to cause combustion while you’re sat in the saddle.

It’s unlikely that the petrol itself will ignite, but there’s (apparently) a real threat of the fumes exploding in a supremely hot flash fire. You might be able to see where we’re going with this.

If you’re sat on your bike and the fumes blow up in your face (let’s not forget that you’ve likely removed your gloves and helmet), you’re going to suffer some pretty nasty burns and you’re probably going to drop the bike.

As you’re the only thing holding your machine up (do you put the sidestand down when you’re at on it?), as you panic and scramble to get away from the pain, the bike is free to fall over, spilling fuel from the tank on to the forecourt, which is then likely to catch fire as well.

For your reference, here’s a bike being engulfed in flames at the Isle of Man TT (warning, some might find the language offensive):

This is when things escalate beyond burnt hands. If the bike tips over and spills fuel over the forecourt, which then ignites, you’re putting all of the other customers at the petrol station in danger, just because you couldn’t be bothered to dismount your steed.

Now, suppose you caused such carnage and survived to tell the tale, but you injured someone else in the process, you’ll be looking at defending yourself from negligence claims, which can potentially cost you a lot of money.

That’s the extreme end of the scale, but there are also many tales of riders filling up while still in the saddle and spilling some fuel down the tank and onto their crotch. The result? Great balls of fire (even if they don’t ignite, petrol irritates!). 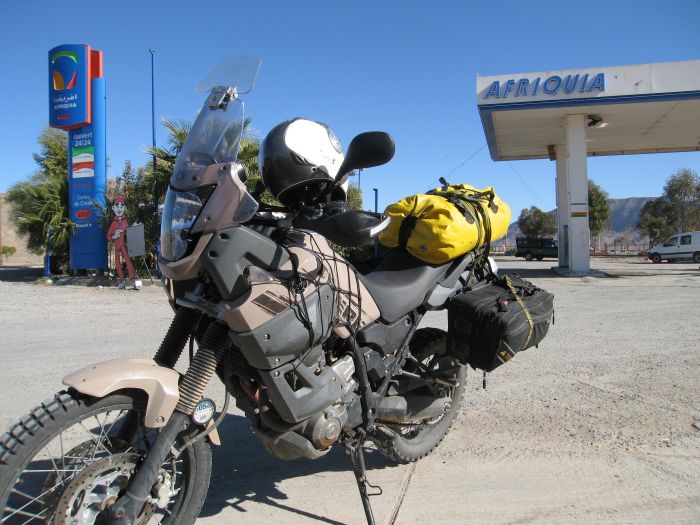 Just to add a more official tone to this piece, let’s take a look at what the petrol station owners say on the subject. Here’s a quote from BP:

“Many riders prefer to keep their bike upright rather than propped on the side stand while filling the tank so that they can squeeze in that little bit extra. It’s safer to allow some space in the tank so that if the temperature increases the fuel can expand without overflowing.

Because the fuel tank is so close to the engine the risk of ignition is higher. Ignition could happen if you’re distracted and inadvertently pull the nozzle out of the tank before the trigger is released.”

While I’ve never personally heard of any cases of bikes going up in flames at petrol stations, I’ve seen it happen at races like the Isle of Man TT, so, with these points in mind, does it still seem like too much to ask you to simply get off your bike and put it on its stand when you fill up?