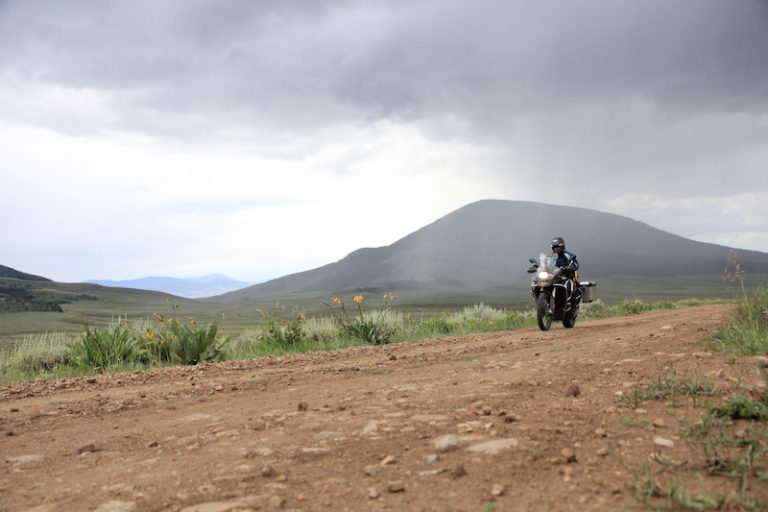 If you’ve ever been in the market for a new textile motorcycle jacket, you’ll probably be aware of the sheer variety of products to choose from.

Brand preferences aside, trying to decide whether you need a three-layer jacket, a laminated motorcycle jacket, a two-layer jacket, or even just a shell can cause endless amounts of confusion. With the amount of misinformation around these days, it’s hard to make an informed choice.

Looking at this from the perspective of a British rider, who’s often out on the bike in changeable weather, I’m under the opinion that a laminated motorcycle jacket is the way to go.

They may be expensive (a good one setting you back a few hundred quid more than a three-layer equivalent), but the comfort and performance increases that you get are well worth the extra outlay. 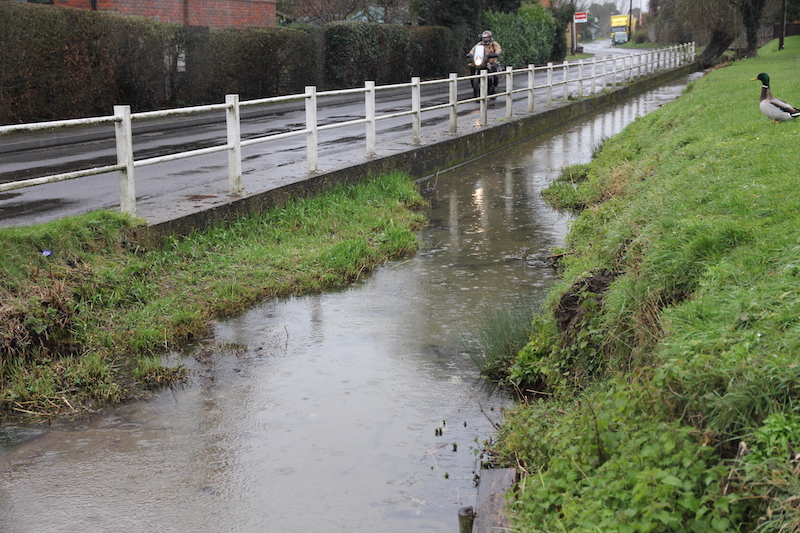 What is a laminated motorcycle jacket?

Before we delve into the pros and cons, let’s first make sure we understand the difference between a laminated motorcycle jacket and one with typical three-layer construction.

When it comes to waterproofing, the thing that stops the water from reaching your skin is the waterproof membrane, a thin sheet of material whose pores are too small to allow water molecules to penetrate it.

Contrary to popular belief, this doesn’t sit on the outside of the jacket (if it did, it would get damaged too easily), but rather between the outer layer and the inner mesh or insulated liner. If you want to read more about how waterproof membranes work, then check out this feature here.

The reason water beads up on the outer of your jacket isn’t because of the waterproof membrane, it’s because the outer will have been treated with a special coating called a durable water repellent (or DWR as it’s most commonly known). 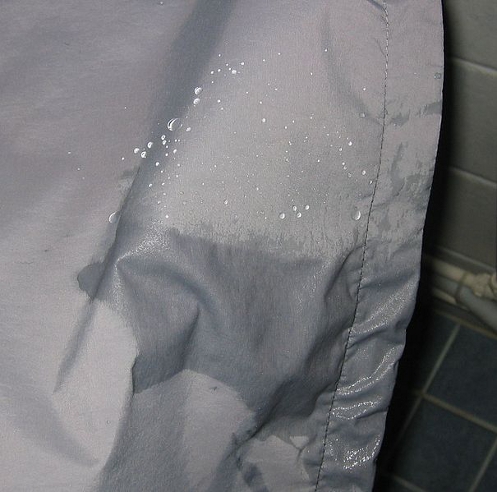 Water beading up on a treated waterproof, and also wetting out (the dark area)

When a jacket is referred to as being laminated, it means that the waterproof membrane has been laminated to the inside of the thick outer material. This is different to three-layer or two-layer jackets, where the waterproof membrane is inserted into the inner jacket, in the form of a removable or fixed liner, and not bonded to the outer material.

The process of laminating a jacket is an expensive one, and to ensure the jacket is fully waterproof all seams will need to be sealed, which is a job that requires skilled machine technicians. As such, laminated jackets tend to be far more expensive than their two or three-layer counterparts.

When is a laminated motorcycle jacket better than a three-layer jacket?

So, now that we know what a laminated motorcycle jacket is, it’s a lot easier to explain how they’re better than two or three-layer jackets (which I shall be referring to as ‘normal’ jackets from now on, for the sake of readability) in particular situations.

A removable waterproof liner in a three-layer jacket

Let’s consider the type of weather that us Brits are likely to be riding in. As much as we’d like to believe that it’s sunny all year round, the truth is that it is very changeable and it’s not uncommon to be caught out in the rain when on a ride (and if you do get caught out in the rain, you’ll want to make sure you’ve read our guide to riding safely in the wet).

The same can be said for Northern European countries, and I would imagine areas of the US. And that’s just in the summer. For autumn and winter riders, you’re going to be far more likely to be riding in the wet stuff, and so weather protection has to be a serious consideration.

Get wet on a ride and you’ll soon be wishing you were back at home in the warm and dry. Not only is it uncomfortable, but when your body is wet, you’re going to feel a lot colder, and discomfort aside, this can have huge effects on your concentration levels and reaction times, two things that are vitally important to any rider who wants to stay safe on the road.

Both normal and laminated motorcycle jackets can do fantastic jobs of keeping you dry, providing they’re designed well, but where the difference lies is in the proximity of the waterproof membrane to the outer material. 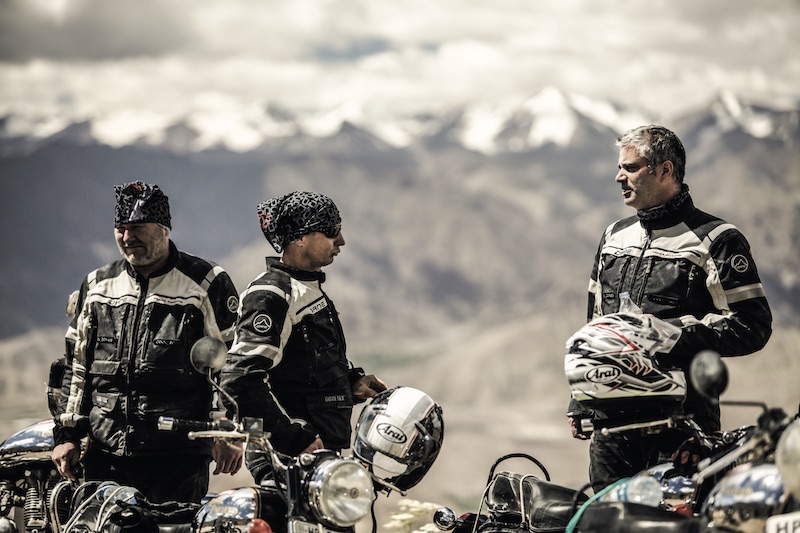 As I stated before, the outer material of motorcycle jackets is usually coated in a DWR, and this is great at repelling short and light rain showers, but when you’re in a downpour for a longer duration, it’ll lose its effectiveness and water will begin to soak into the material – a process that’s known as the fabric ‘wetting out’.

Once the fabric has wet out, it’ll be heavier, less breathable and it’ll be far, far colder as the moisture soaked fibres act like a huge fridge as they get cooled by the wind chill.

With a laminated motorcycle jacket, the outer fabric can’t wet out to the point of complete saturation as it does in normal jackets, where you’ll find yourself discovering pools of water between the outer and the inner removable liner. And for this reason, if you’re going to be riding in wet weather, laminated is the way to go.

Chills while riding aren’t the only downside to the outer material completely saturating, either. Your normal jacket is going to take a lot longer to dry than its laminated counterpart, and if you’re on a multi-day tour and you’ve been riding in the rain all day, you could find yourself waking up to a still-wet and cold jacket in the morning.

But what about versatility?

This is a set-up that’s ideal for those who are likely to face scorching temperatures one day, and wet, miserable weather the next – like if you’re riding in the Alps in summer, or heading through Spain to Morocco. 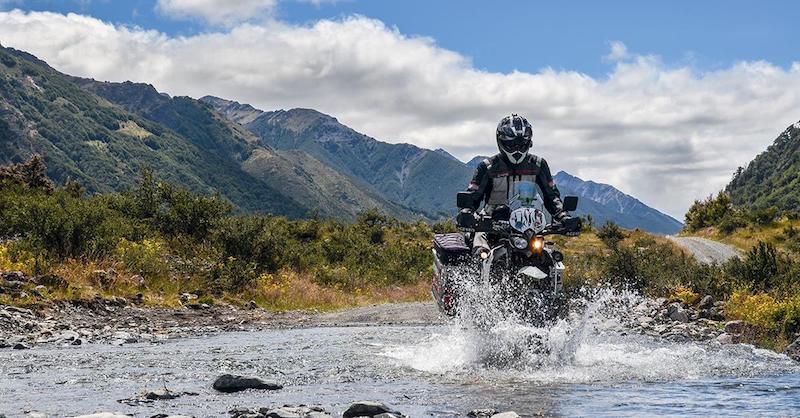 The versatility on offer from a three-layer jacket is desirable, for sure, but it’s a faff to constantly be zipping liners in and out, and if you’re caught in a downpour before you’ve put the waterproof lining in, by the time you’ve gone through the motions you’re already soaking.

I know this from experience (try zipping in a waterproof lining on the side of a motorway while trucks thunder by at 50-plus mph!).

Not only this, but the old three-layer in one principle also means that your motorcycle jacket, with all of the components zipped in, is likely to be far bulkier and heavier than a laminated offering.

I also know from experience, that laminated jackets can be a bit warm in hotter climes. This is mainly down to the inclusion of a fixed waterproof lining effectively making you a boil in the bag human.

It’s fortunate, then, that good manufacturers know this, and include effective ventilation systems into their jackets to ensure that you get a good through-flow of air when riding.

The Dane Sealand Gore-Tex Pro jacket, for example, which I have been wearing for the past year, is a fantastic case of laminated textiles done right. The Sealand makes use of a Gore-Tex membrane to provide excellent weather protection, and Gore-Tex Armacor three-layer laminate reinforcements on the elbows and CE-approved Sas-Tec armour on the elbows, shoulders and back for a great amount of impact and abrasion protection.

With so much going on, there’s the potential for the jacket to be incredibly hot in warm weather, but Dane has implemented two huge vents on the chest, along with a further two exhaust vents on the rear, that suck air through exceptionally well, keeping you almost as cool as you would be in a normal jacket. 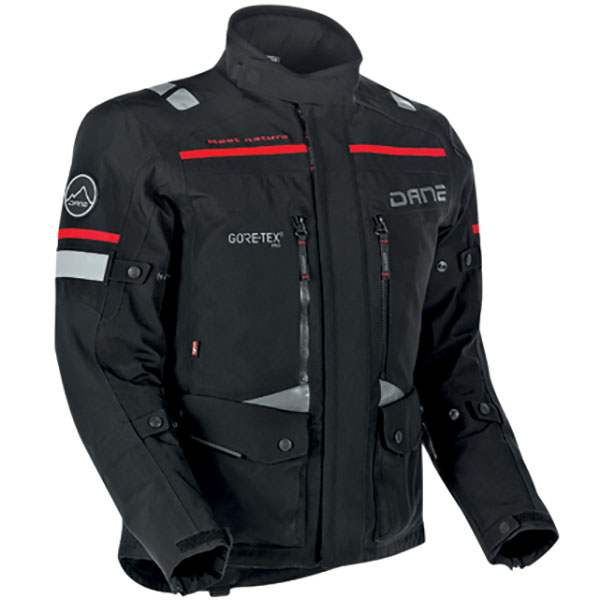 And what about breathability?

Ah, breathability, the hottest buzz word in the world of technical outdoor fabrics for the last few decades. Whether you’re buying a laminated jacket or a normal jacket, you’ll probably be told by the product swing tag that it includes a waterproof and highly breathable membrane that’s guaranteed to keep you dry on the inside.

The basic idea, and the one that’s sold to customers, is that certain waterproof membranes are ‘breathable’, i.e. they don’t let water in, but they allow moisture (usually sweat) out.

The science behind the term says that the pores in the waterproof membrane are too small for water molecules to penetrate, but big enough to allow moisture molecules to escape (water being liquid, moisture being gas). 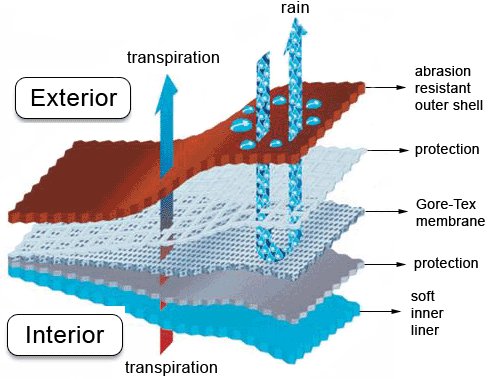 This illustration shows the makeup of a laminated jacket, and how the membrane prevents water from penetrating completely

This may well be true, but breathability figures are only ever given based on performance in labs set up in the exact conditions when breathability is allowed to work.

To simplify it, a fabric will be breathable when there’s a hot, moist environment on the inside, and a cold, dry environment on the outside. It’s also worth mentioning that the fabric also has to be unobstructed by any other materials (armour, reflective detailing etc.), and in a showroom-clean state (not covered in dust, dirt and soot from the roads).

Effectively, the only time your waterproof jacket is going to be breathable enough to notice, is when it’s freezing outside, and you’re hot and sweaty on the inside, a scenario that’s unlikely to be seen by a motorcyclist unless you’re trials riding on the summit of Mount Everest in a freshly laundered jacket.

This is even before we start adding armour, reflective strips, extra abrasion resistant materials etc. into the jacket! All of which will effectively block the breathability.

If you want to read more about breathability ratings, and how they’re calculated, check out this post here. 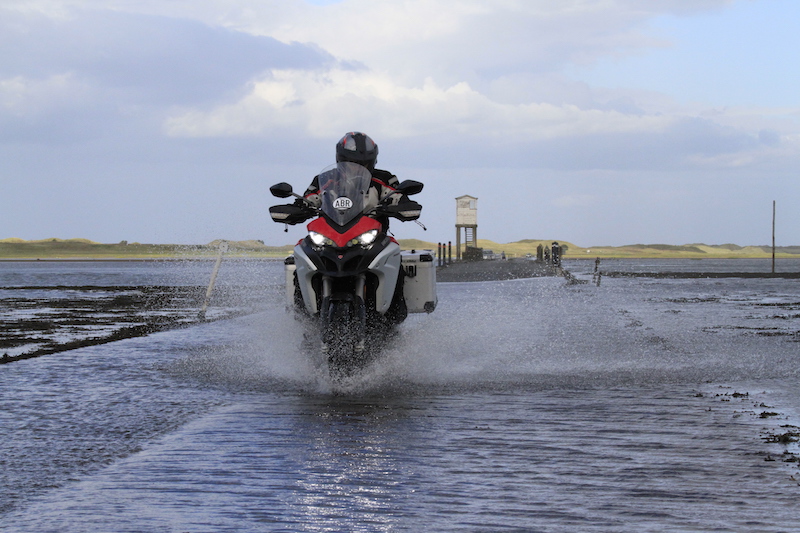 So, what am saying here? Quite simply, breathability isn’t as big a selling point as most manufacturers would have you believe. Aside from effective ventilation (which you’re unlikely to want to use in the rain), there is currently no fail-proof way of preventing build ups of sweat inside waterproof jackets.

All things considered, then, laminated textile jackets offer a level of weather protection that eclipses what’s available from normal jackets, and if you’re touring around the British Isles, or anywhere were you’re likely to encounter rain, then you’d be best off shelling out for one.