Reader’s Opinion: Technology on adventure bikes? No thank you. 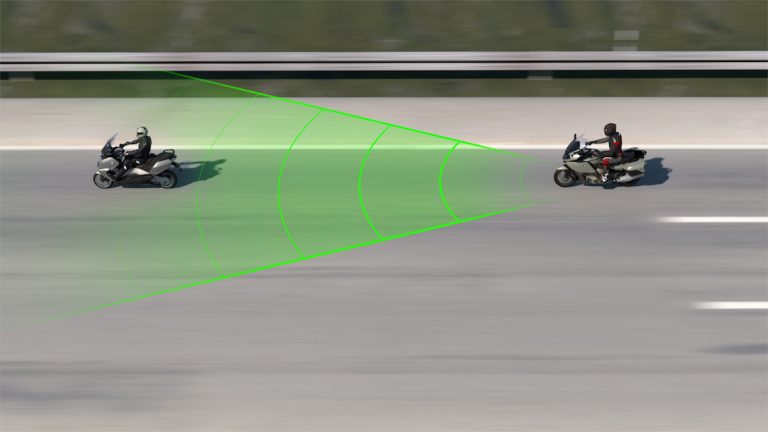 The steady increase in the amount of technology featured on motorcycles has long been a controversial topic with bikers. Whether you’re in favour of it, or against it, you’ll be hard-pressed to find a brand-new adventure bike that doesn’t feature cornering ABS, traction control, and even cruise control.

But, is it for the best? ABR Reader Mike Taylor doesn’t think so, and in this reader’s opinion piece he explains why.

Is technology impacting the simple matter of riding?

Technology. It’s here to stay, but is it always a good thing? ABR‘s Staff Writer Ollie wrote: “although some may challenge our view, we think motorcycles are all the better off for it.” But, I’m going to have to disagree with him on that one.

Bikes are getting loaded with more technology and rider aids which, in the opinion of increasingly more people I speak to, is not what they want. It’s not what I want either, and I voted with my feet in 2016 when I chopped my tech heavy BMW R1200GSA in for the relatively analogue Honda Africa Twin. So, what is it that pushes me away from tech?

Take a quickshifter as an example. Having read so much marketing around how quickshifters are game-changers I decided to try one out, and took a spin on a BMW with one fitted. It was horrendous!

Harsh and abrupt, it felt like the gears were being forced in with a sledgehammer. Sure, it may save me 0.657 on a fast lap of a racing circuit, but that’s hardly necessary when I’m on holiday in the Alps, is it?

Then there’s autoblippers, which automatically ‘blip’ your revs as you downshift. In my eyes it’s a device that takes away one of the joys of motorcycling, the perfect harmonising of road, rider and machine. Mastering down changing is an important skill, and it can be extremely satisfying.

It’s far, far smoother, and much more rewarding, when you thread together a series of corners as you match your engine to the road speed, you’re in complete control. 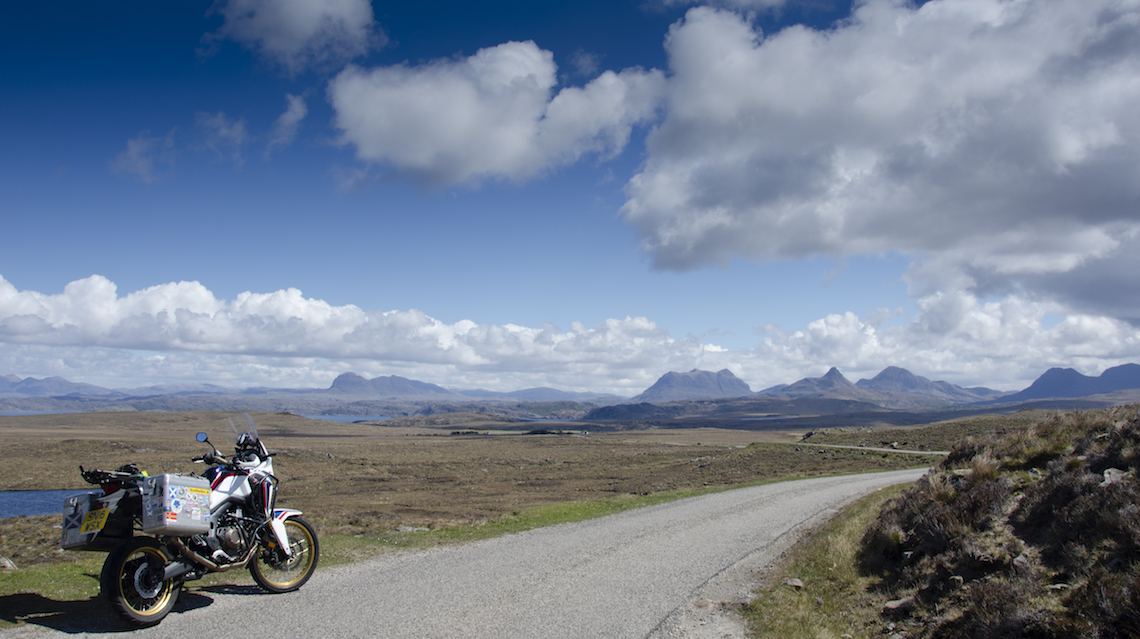 Taking calls in the fast lane

This point takes me on to my next issue with technology. This new trend of needing to hook up your phone to your bike. The new Honda Africa Twin comes with Apple CarPlay. It baffles me. Why would anyone want to link their phone up to their bike, let alone actually need what is described as: “Seamless mirroring and management of iPhone apps or calls via the touch screen.”

It seems strange to me that CarPlay is standard, but a centre stand isn’t. Try as I might, I’m yet to successfully change a tyre with an iPhone… It’s like bikes are being designed without thought for the riders who’ll be using them.

And, do we really need these vast TFT screens bathing our retinas with more information than a NASA mission control station? Surely it’s better to keep your eyes on what’s going on around you? Is it not distracting to navigate around? Taking the Honda Africa Twin as an example again, the touch screen only works when you’re stopped, which is why the left hand switchgear now looks like a calculator…

Another issue I have with the relentless loading of technology onto bikes is that more of it is getting fitted as standard, which is driving the cost of bikes up. It’s fine if tech is an optional extra, but sometimes it seems you have little choice but to bite the bullet, especially when basic specced bikes seem to be the minority.

As I mentioned earlier, in 2016 I ended a ten-year love affair with the BMW GS range and moved on to an Africa Twin. One of the leading factors when making my decision was that the Honda had gone back to basics.

It didn’t have multiple riding modes, it didn’t have ESA suspension, and they’d opted against installing a built-in microwave… The result was a bike that was significantly cheaper, even once I’d added several extras. 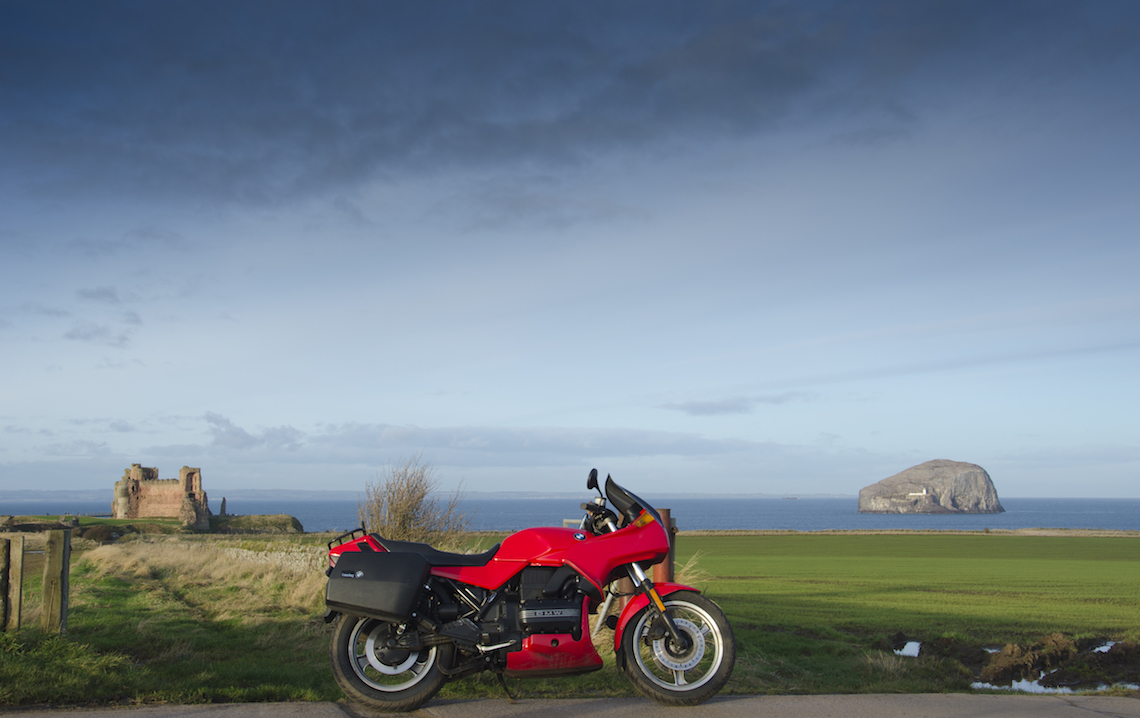 Don’t get me wrong, I’m no technophobic cave dweller (I promise!) and I do appreciate some rider aids. For example cornering ABS and traction control are great. The tech gives riders a safety net should the worst happen while out on the road.

But I’m wary that safety nets are there incase they’re needed, not to be used at every opportunity. Sometimes I wonder if the invisible hand of the IMU, the motorcycle’s brain, is helping riders push further than their own limits should allow. Bikes may go faster, stop quicker, and corner better in the wet, but should they? Are we still as in tune with them as we were when technology didn’t exist.

Personally, some of the most memorable rides I’ve had are when I am flowing through a beautiful landscape, with the bike beneath me feeling like an extension of myself. I’m fully immersed in the practice of riding, almost to a zen-like state, at one with the world and my machine.

Every gear change is perfect, my lines are impeccable, and I’m riding at the top of my game. The experience is addictive. It’s why I ride bikes and the reason bikes are such a big part of my life.

An unsubtle upshift from a quickshifter, followed by some social media notifications, and topped off with a telesales phone call does nothing but detract from that experience. I don’t want it, and I certainly won’t pay extra for it.

What do you think about Mike’s views on technology in the adventure bike world? Let us know in the comments.