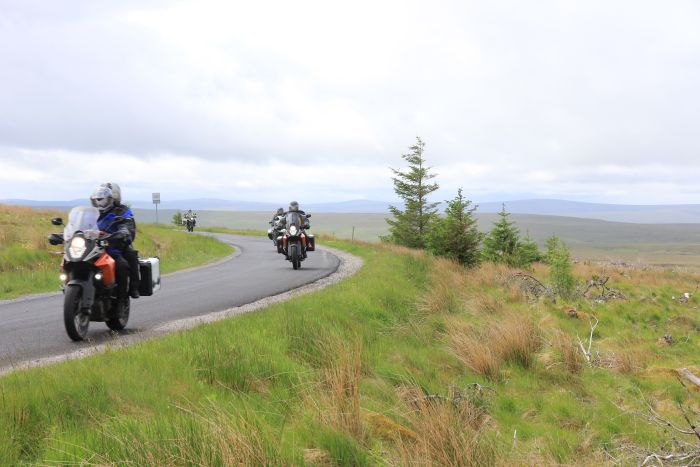 This weekend marks the 30th anniversary of the 1987 ‘Great Storm’, which still to this day, is one of the most talked about weather events in UK history. The storm whipped across the country with wind speeds of over 100mph and devastatingly resulted in the loss of 22 lives. Causing a total of around £1 billion pounds worth of damage, it went down in history as one of the worst UK storms since 1703. I’m a 90’s kid, so it was before my time, but do any of you guys remember it?

Well, good news, we don’t have any large storms coming our way this weekend. However, we do have some strong winds headed our way on Monday and Tuesday, from ex-hurricane Ophelia, so keep your eyes peeled on the forecast for any updates on that.

It’s been a grey start for most of the UK this morning. As we move towards lunchtime, northern Scotland should start to brighten up with sunny spells for most of the day. In the evening, cloud cover will roll in but it should stay dry. Southern Scotland, the western side of England and some parts of Northern Ireland can expect to see dark cloud and showers on and off for the duration of the day, which will continue into the night.

Should be a fairly grey but dry start for most of the UK early Saturday morning. However central England may experience some showers. As we move towards lunchtime, it looks like the rain should stop, but it will remain overcast across the UK. After 4pm, the south-east of England should start to brighten up a bit, you may even get some sunny intervals ya lucky things. It will remain overcast for the rest of the UK, with heavy rain coming in over the Fort William area. Saturday evening should remain dry yet overcast for the UK, apart from northern Scotland and some parts of Northern Ireland, where heavy rain will set in for most of the night.

A dry start for most of the UK, apart from northern Scotland (sorry guys). It will remain like this for most of the morning, however as we move towards 1pm, the south and some parts of central England can expect it to brighten up, with the sun trying its best to push through those clouds. Again, as we roll into the late afternoon, northern Scotland will remain overcast and rainy, with southern and central England expecting sunny intervals. Sunday night will be overcast across the UK, but that stubborn rain is still set for northern Scotland.

As always, if you’d like to hear what the professionals have to say, here’s the MET Office’s video report…